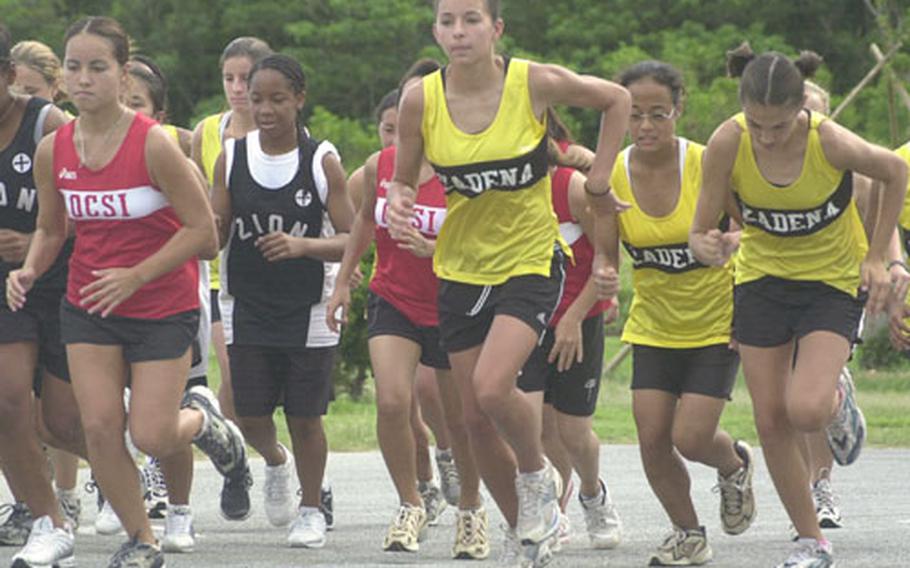 She accepted a partial scholarship from Stetson that will pay about $13,000 for academics and $3,000 for running &#8212; about 75 percent of the total cost of annual tuition.

Lyle was initially accepted to Stetson for academics, said her father, Jeff, an educational technologist at Kadena Middle School. Once that happened, he mentioned Kim&#8217;s success as a cross-country runner, and Stetson coach John Boyle expressed interest in having Kim run for the team.

Based on phone conversations and e-mail correspondence, Boyle felt that Lyle was a well-rounded person as well as a good athlete.

Lyle joins Theresa Gittens and Demetrius Kenney as Kadena athletes who plan to compete at the collegiate level next year. Gittens will attend NAIA Missouri Valley College on a basketball scholarship and Kenney is going to play football at Division III Lakeland College in Wisconsin.