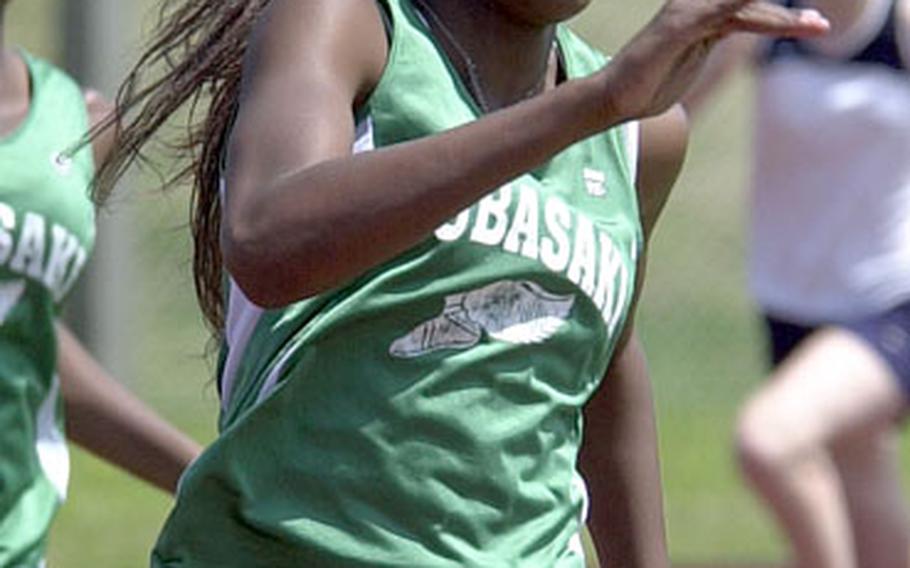 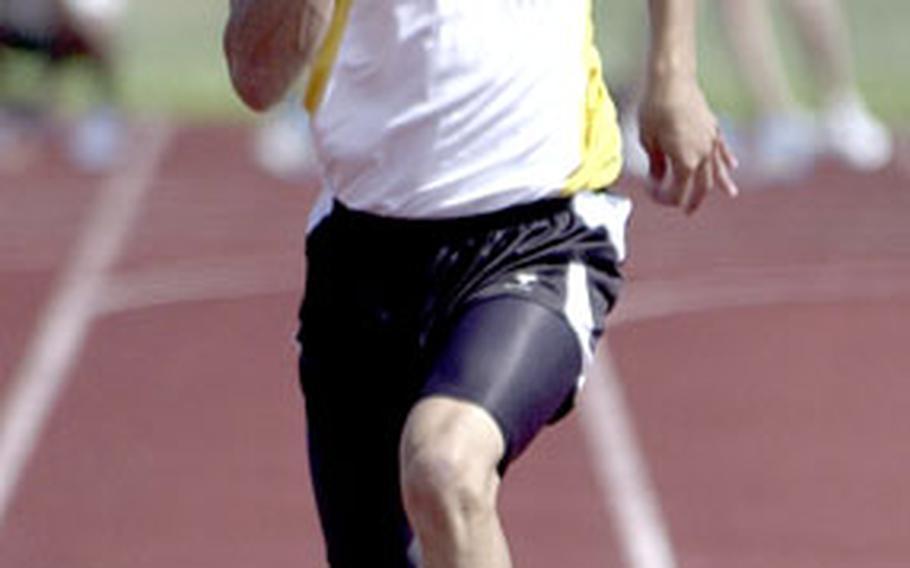 But they did a huge number on the meet&#8217;s record book, demolishing eight more standards on Saturday. The total for the two-day event was 13 with one tied.

&#8220;Looks like I&#8217;ll have a little typing to do over the spring break,&#8221; Kubasaki coach and meet organizer Charles Burns said of the record-book revision.

Weather, the teams&#8217; competitive nature and that the meet was timed electronically for the first time contributed to the record revolution, said organizers, coaches and meet officials.

Jo Pinto and Gaynell Marsh, longtime Marianas Sports Officials Association meet organizers on Guam, flew to the meet and volunteered their expertise, a photo-finish camera, computer and electronic start sensors, which Pinto says shaves an average of a quarter-second off times kept by hand-held stopwatches.

Already with the long-jump record under his belt, Kadena junior Manuel Duran boldly predicted the Panthers would break the 400 relay record. He lived up to it, anchoring a 45.84-second effort, a half-second ahead of the 2005 mark set by Kadena.

Perhaps Kadena&#8217;s happiest record breaker was distance runner Tim Nabonne, who&#8217;d lost for the first time all season in Friday&#8217;s 3,200 when he lost his lap count, stopped running after the seventh of eight circuits and fell to Zach Griffin of the American School In Japan.

Nabonne avenged that defeat and beat the meet record in the 1,600, edging Griffin in a spine-tingling sprint duel to the tape. Nabonne checked in at 4:46.49, just .37 of a second ahead of Griffin and a half-second ahead of the 2-year-old meet mark.

Nabonne confessed to a bit of worry when Griffin overtook him on the third lap, sparking a dogfight to the tape. &#8220;I knew if I kept it up, I could beat him ,&#8221; he said.