Justin Stabler&#8217;s 25-yard field goal with six minutes left capped a rally from a 6-0 second-quarter deficit for a 9-6 triumph over Yokota at Misawa Air Base&#8217;s Hillside Stadium. It was the Warriors&#8217; first defeat after opening the season with a three-game winning streak.

The Wolfpack improved to 3-0, 1&#189; games ahead of defending champion Foster (2-2). The Seahawks (1-4) fell into the basement for the first time in four seasons and own their worst record in 24 years.

MISAWA AIR BASE, Japan &#8212; Ryan Jones gave Yokota the lead 6-0 on a 3-yard quarterback keeper in the second quarter.

But Misawa quarterback Darone Frierson, who leads the USFJ-AFL with six touchdown passes, ignited the rally by tossing a 15-yard scoring pass to Rick Gennie in the third quarter.

Kent Onuoha sparked the comeback with a 95-yard kick-return touchdown; he later had a one-handed interception. Michael Geddie threw two touchdown passes to Joseph Huewitt and another to Richard Roberti, and Eddie Hamilton had 120 yards on 15 carries, including a 25-yard TD run.

The Wolfpack rolled up 480 yards of offense. Harry Davis led the defense with 10 tackles before leaving with a knee injury. Donald Flintroy had two sacks and two forced fumbles. Terrell Bennett led the Seahawks with 185 yards on 18 carries. 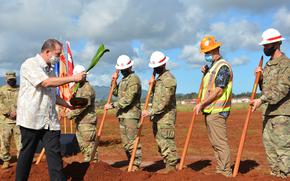