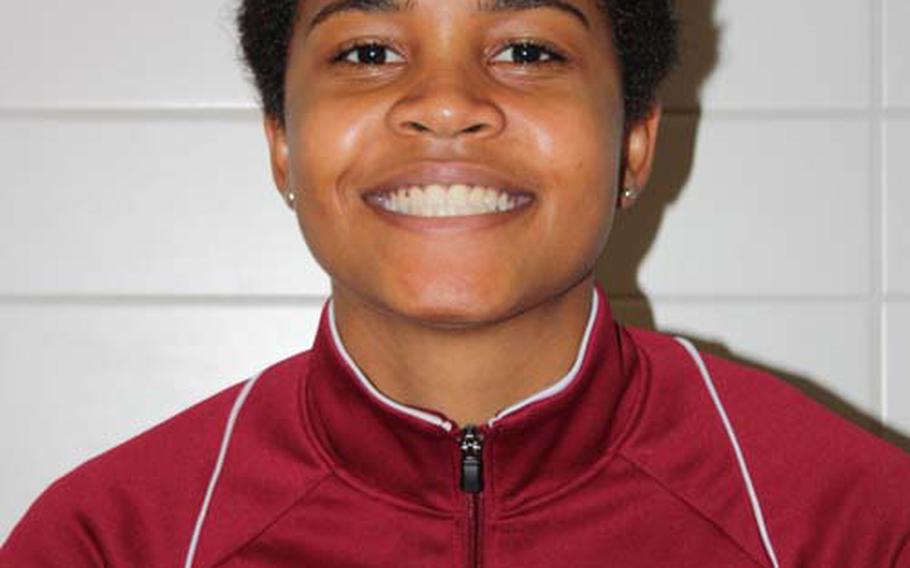 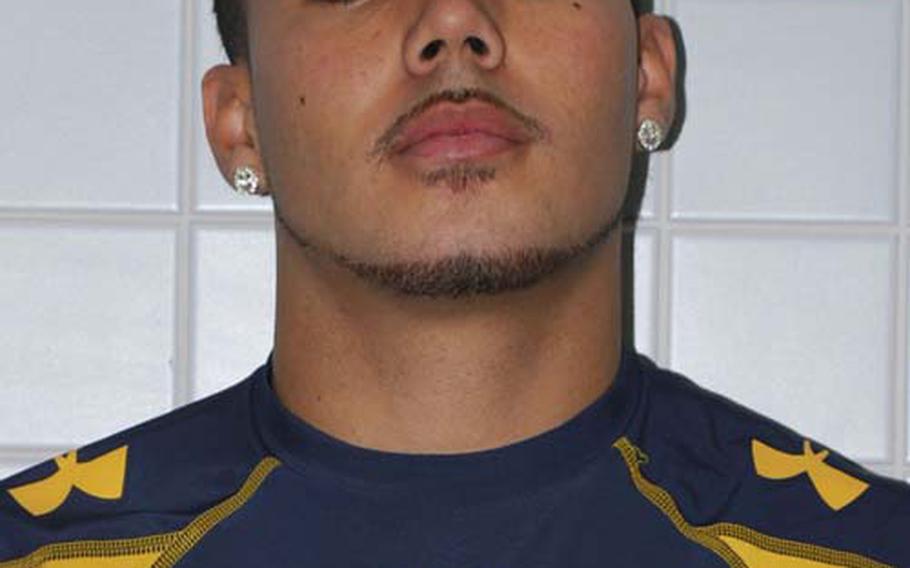 Jimmy Montfleury of Heidelberg signed to play football at Huntingdon College in Montgomery, Ala. (File photo) Thomas Hogue of Heidelberg signed to play football at Huntingdon College in Montgomery, Ala. ()

"Ever since I was little, I&#8217;ve wanted to play on the next level," said Montfleury, a 5-foot-11, 170-pound quarterback who ran for six touchdowns and passed for seven last fall.

With the signature he put on Huntingdon&#8217;s offer Friday, Montfleury will get a chance to do just that, even to the extent of continuing to hand off to Hogue, just as he did during high school games.

For Ramstein&#8217;s Booker, a 6-1 middle hitter who hammered 106 kills, blocked 30 shots and assisted on 26 others, Jacksonville State was a case of love at first sight.

"They told me before February they wanted me," said Booker, who signed her letter Thursday. "When I went there for a visit, everything was perfect &#8212; the players, the coaches and the school. They have a good medical program, too, and that&#8217;s what I&#8217;m interested in."

Like Montfleury and Hogue, Booker became involved with her choice through the recruiting website www.berecruited.com. All expressed satisfaction with the service the site provided. The case was different for Vilseck&#8217;s Beaulieu-Hains, who had been recruited by Winston-Salem State since she was an eighth-grader in the Washington, D.C., area.

"But the coach was fired," said Beaulieu-Hains, an outside-middle hitter who posted 121 kills in 2009, "so I sent my tapes to some other schools. My sister was going to play basketball at Mercy, and I decided if I couldn&#8217;t go to North Carolina, I might as well play with my sister. We tried out on courts right next to each other."

The letters of intent committing to play for the schools result in a variety of scholarship and aid packages, depending on the colleges.

As might be expected from athletes of their caliber, all four indicated they were optimistic about the future. "The game will be faster and there&#8217;ll be a lot of competition," Montfleury said, "but I know how hard I can work. I&#8217;ll be all right."

On the prospect of taking on some of the best players around in D-I, Booker said: "At first, I was nervous, but now I&#8217;m more excited than nervous. I&#8217;m ready for the next level."

The four won&#8217;t be the last Class of 2010 stars to sign. Ramstein&#8217;s Chantel Barfield is scheduled to become the third member of the 2009 Lady Royals to sign a letter of intent Wednesday. She&#8217;s going to join teammate Charnel Austin at D-II Mount Olive College of North Carolina, where former Aviano coach Hans Hillestad is on the staff.