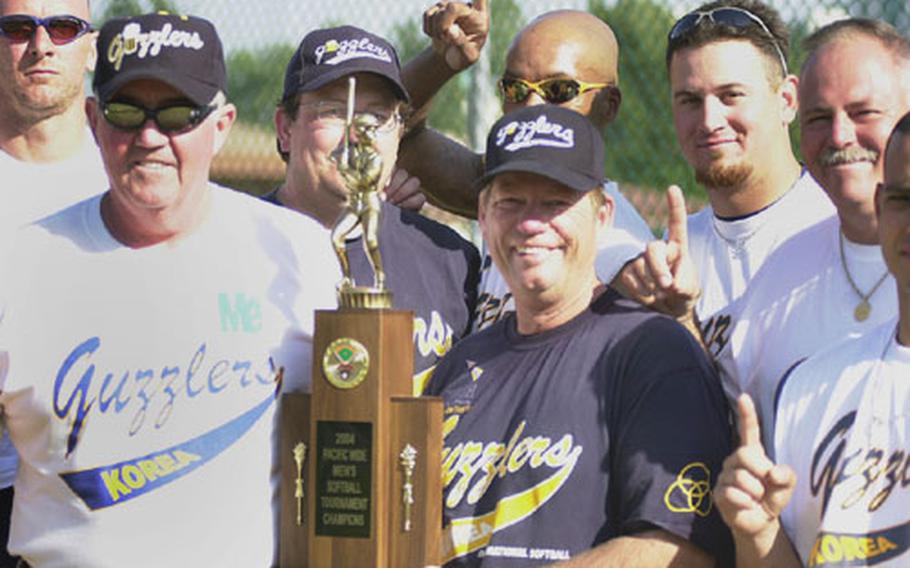 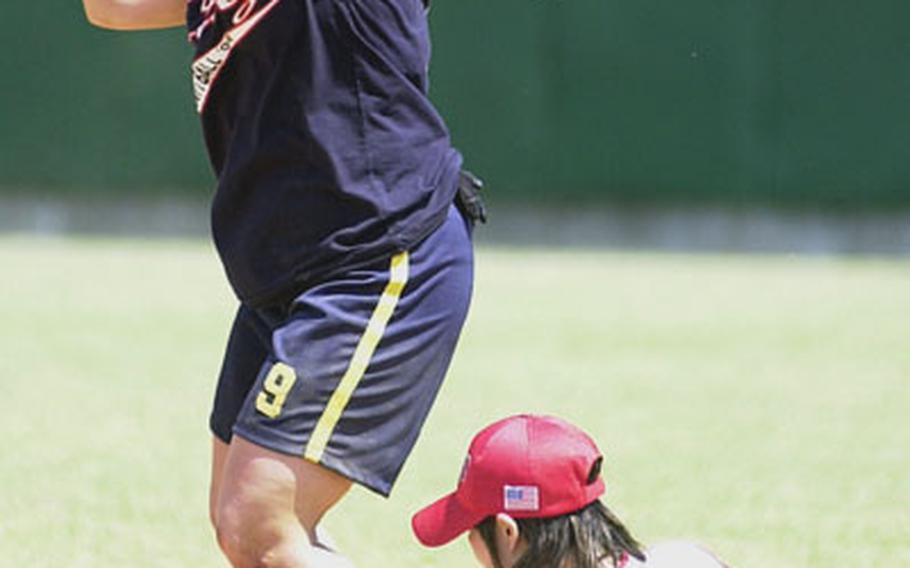 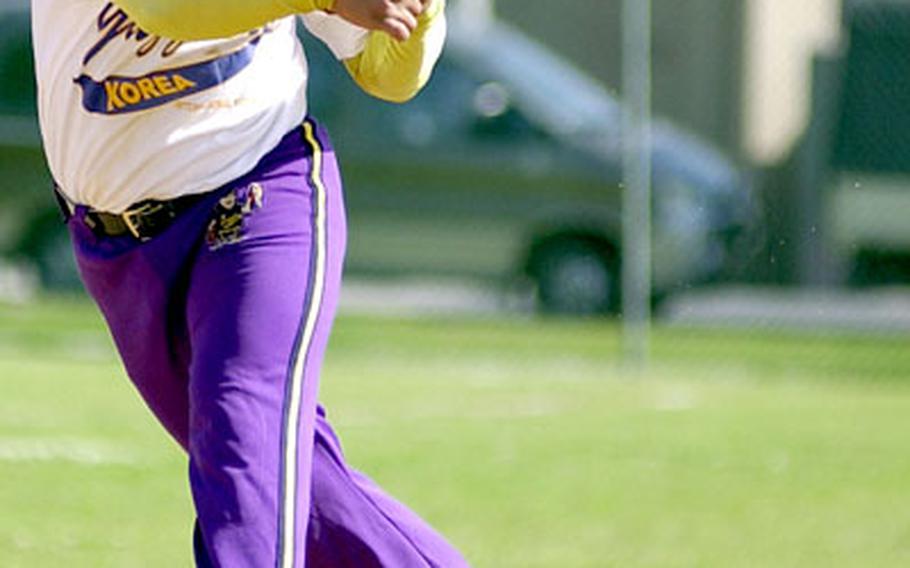 They each helped lead their respective teams to the men&#8217;s and women&#8217;s titles in the 14th Pacificwide Open Softball Tournament.

Hill&#8217;s Camp Casey Warriors women, who finished third the past two years in the tournament, finally broke through. In Hill&#8217;s fourth try at a Pacificwide title, they beat Red Fox, a Korean team, 13-3 in five innings.

Hochmuth, who coached Camp Casey to two runner-up finishes in 14 years, joined the International Guzzlers as an assistant coach for this tournament, which the Guzzlers captured 13-4 over defending champion Yellow Box of Okinawa, avenging last year&#8217;s final loss.

He took Guzzlers head coach Tom Costello up on his offer to help coach the team in the weeks leading up to the Pacificwide.

It took the Guzzlers awhile to get going against Yellow Box, which went up 1-0 in the first inning on Chris Souza&#8217;s RBI single.

Two innings later, the Guzzlers strung RBI singles by Andy Watts, Mike Sharp, Alton Huffstetler, Jon Nicholson and Jason Kresser to take a 5-1 lead they would not relinquish. Watts added a sacrifice fly and Sharp a run-scoring single in the fourth for a 7-1 edge.

Small ball figured greatly into the Guzzlers&#8217; plans, with the tournament using restricted-flight balls and the wind blowing in, Costello said.

For Yellow Box, the final ended a long day in which they fell to the loser&#8217;s bracket of the double-elimination playoffs, thanks to a second-round 8-6 loss to the Guzzlers. They had to play three more games in five hours just to reach the final.

Unbeaten in Korea Traveling League play at 4-0, the Warriors entered the tournament without five of its starters, due to deployment, then promptly lost their opener 16-13 to Iwakuni Marine Corps Air Station of Japan. Camp Casey needed two late round-robin victories just to make the playoffs.

The Warriors left nothing to chance in the final, getting a pair of unearned runs followed by Christy Maxwell&#8217;s RBI triple and Sheila Horton&#8217;s run-scoring double to go ahead 4-1 in the first.

Maxwell and Yajaira Edmond each knocked RBI singles and Marla Woodson drove in another with a double in the four-run third.