Hohenfels’ Rodman is Europe football coach of the year 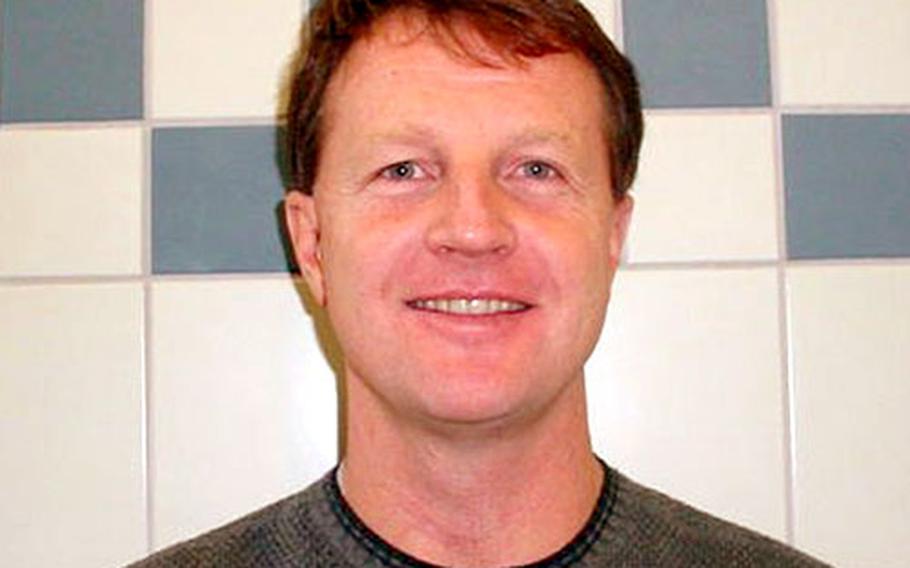 Shawn Rodman of Hohenfels has been voted DODDS-Europe high school football coach of the year by his peers.

Rodman ended a three-year absence from the Tiger bench by coaching Hohenfels to an undefeated season and the European Division III championship. Combined with the two European D-III crowns he won at Hohenfels in 2000 and 2001, Rodman is three-for-three in his last three European title games.

Hohenfels snapped Ansbach&#8217;s European record 28-game winning streak in October, and then denied the Cougars what would have been a record fourth straight European championship.

Rodman had other candidates.

&#8220;Guys like Carter Hollenbeck at Baumholder also did a great job. They had to bump up a category this year (from Division III to Division II) and they were always well-prepared,&#8221; he said.

Another drawing support for coach of the year was Mike Laue of D-II runner-up Bitburg. The Barons improved each week.

Heidelberg&#8217;s Brad Shahan drew support from a coach he vanquished en route to the Division I title game.

&#8220;He took a team with a freshman quarterback, was able to withstand the loss of probably the best fullback in Europe, Chris Jones, and fielded a team which was disciplined and focused,&#8221; wrote Wiesbaden&#8217;s Steve Jewell.