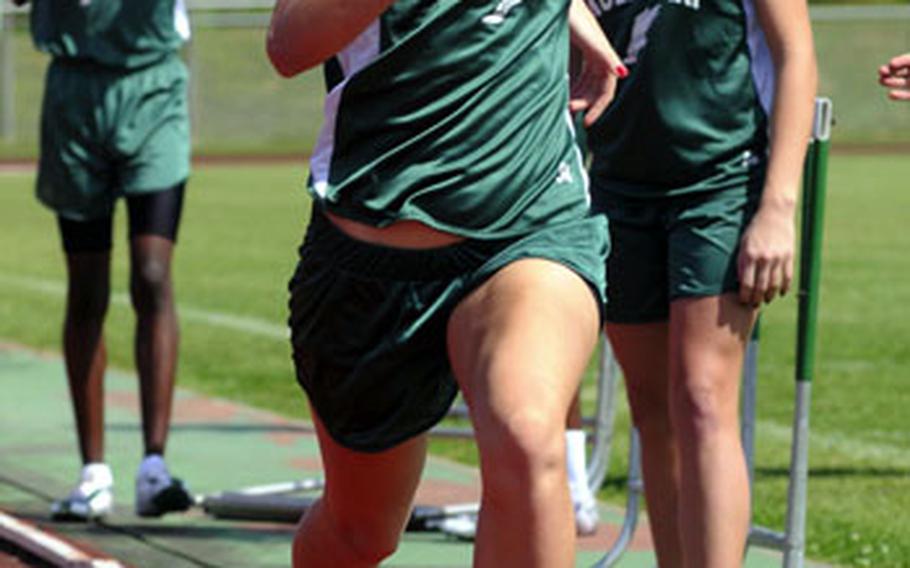 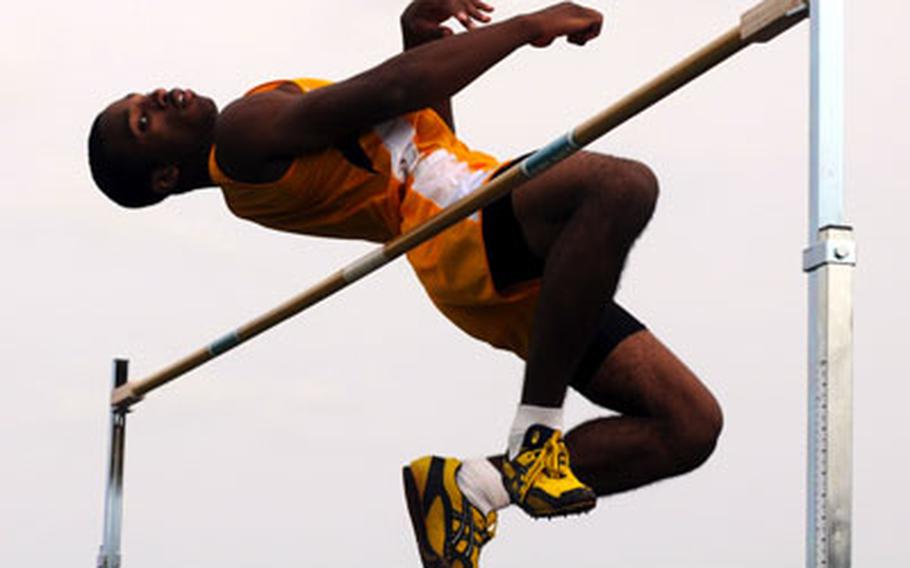 Osan American&#8217;s girls soccer team was supposed to be rebuilding, after losing Bria and Jasmine Pressley and their combined 57 goals and 17 assists via transfer to Kadena. But after two matches, the Cougars have shown they&#8217;ve moved on by taking a new tack, coach Sung Plourde says.

"It&#8217;s more team-oriented," Plourde said Saturday after his Cougars shut out Seoul American 1-0 &#8212; the first time in school history that Osan has beaten the Falcons three straight times in the regular season.

Rather than push the ball to one or two players and let them do the damage, more players share the wealth, Plourde said. "It&#8217;s more structured" than last year&#8217;s Far East Class A Tournament title run.

"The game plan was to stop Liz, and I think Angela did an excellent job," Plourde said.

The trick now, Plourde said, will be how well Osan does when visiting Taejon Christian International (4-1) and Daegu American (3-1) later this week. "Those teams will test us," he said.

So, too, will Osan test a Daegu team that normally starts slow, but got some easier teams early on this season than the Warriors have had the past few years. But visits from Osan and Seoul American this week "will be the big teller as to how we&#8217;ll do," coach Ed Thompson said.

Soccer washed out at Perry, Kinnick

According to assistant principal Robert Funk, Marine Corps Air Station Iwakuni has simply had too much rain the last two weeks, leaving fields wet, unplayable or both.

Penny Lake Field, in particular, took a pounding from a tournament the previous weekend, played in two days of solid downpours; and those fields belong to the base, not the school.

"We have to be sensitive to the fact that we&#8217;re not the only ones to use the fields," Funk said.

Gusts in excess of 50 mph that blew nets over forced postponement of a Yokota vs. Nile C. Kinnick girls match at Yokosuka Naval Base. No makeup date has been announced.

Track athletes off to flying start in Okinawa season

The first meet of the Okinawa Activities Council&#8217;s track and field season is viewed by some as a "practice" meet to see who&#8217;s who on each team. But Saturday&#8217;s first blush revealed times and distances closer to mid-season form at Kubasaki&#8217;s Mike Petty Stadium.

Among others raising eyebrows, Kadena junior Lotty Smith cleared 6 feet in the high jump, 5 inches short of the region record.

Powell, who trains with freshman Abigail Wall, has been "running like crazy," Burns said. "She&#8217;s definitely got something in mind, and it&#8217;s way beyond Okinawa.