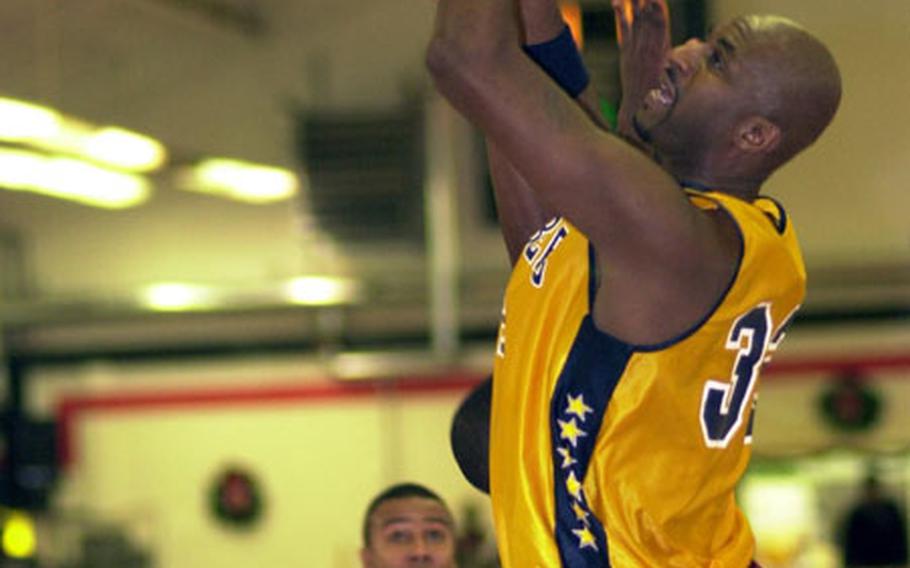 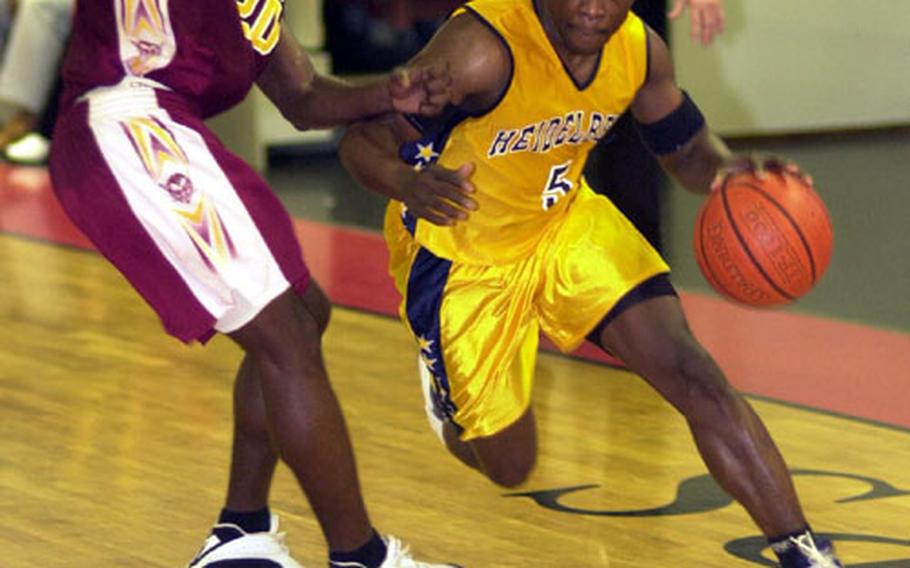 Sunday&#8217;s adversity was early foul trouble for the tournament MVP, 6-foot-8 Rodney Bailey. Bailey picked up two quick fouls and sat out most of the final eight minutes of the first half.

He came back after intermission only to pick up Nos. 3 and 4 in the first 2:11 and didn&#8217;t return until there were just four minutes left in the game.

As it turned out, that was plenty. Bailey scored eight of his game-high 16 points in that span, going 4-for-4 from the line.

Mack scored three of his seven points and had four rebounds late in the game as the Generals&#8217; defense held Darmstadt to one shot each time down the floor.

Darmstadt got 13 points from Terrance Smith and eight from James Jenkins, both all-tourney selections, but was never able to recover from a 28-24 halftime deficit against Heidelberg.

All-tournament choice Tina Miles scored a three-pointer with 40 seconds left to lift Heidelberg to the victory.

The Lady Generals survived a 20-point second half by K-town&#8217;s Latisha Crosby.

Crosby, an all-tournament selection, made a three-pointer off a feed from Melissa Nafzger to bring K-town within 38-37 with 1:40 to play. She scored another three-pointer 45 seconds later to put her team ahead for the first time. Crosby finished with 22 points.

K-town, which trailed 20-16 at halftime, had one final possession. But the Lady Panthers were unable to work free for a shot against Heidelberg&#8217;s full-court press.

The Kaiserslautern tournament closes out the U.S. Forces-Europe hoops calendar for 2002. The regular season will resume on Jan. 11.