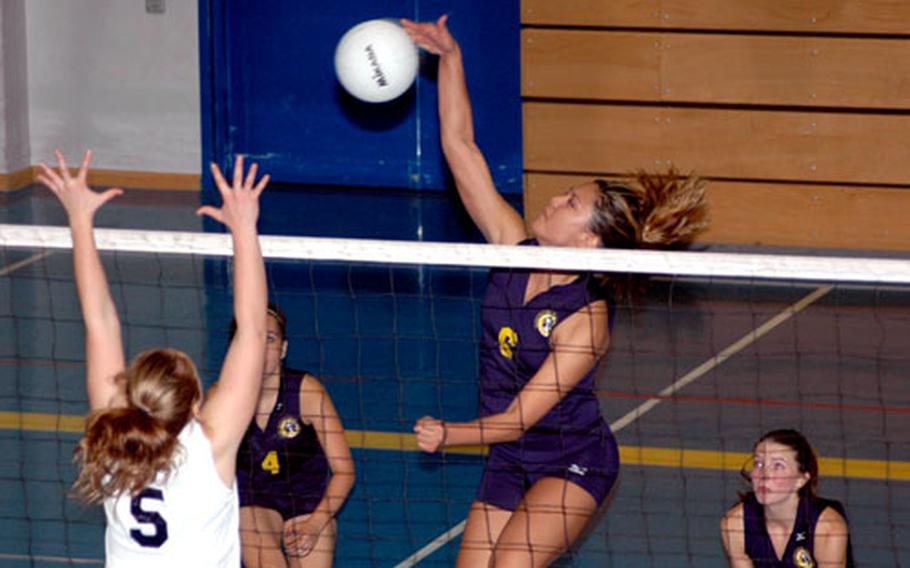 Heidelberg senior Natasha Holan rises high above the net for a spike in a recent game. Holan and the Lady Lions enter this weekend’s European tournament as the top seed in Division I. (Courtesy of Gene Knudsen)

Heidelberg senior Natasha Holan rises high above the net for a spike in a recent game. Holan and the Lady Lions enter this weekend’s European tournament as the top seed in Division I. (Courtesy of Gene Knudsen) 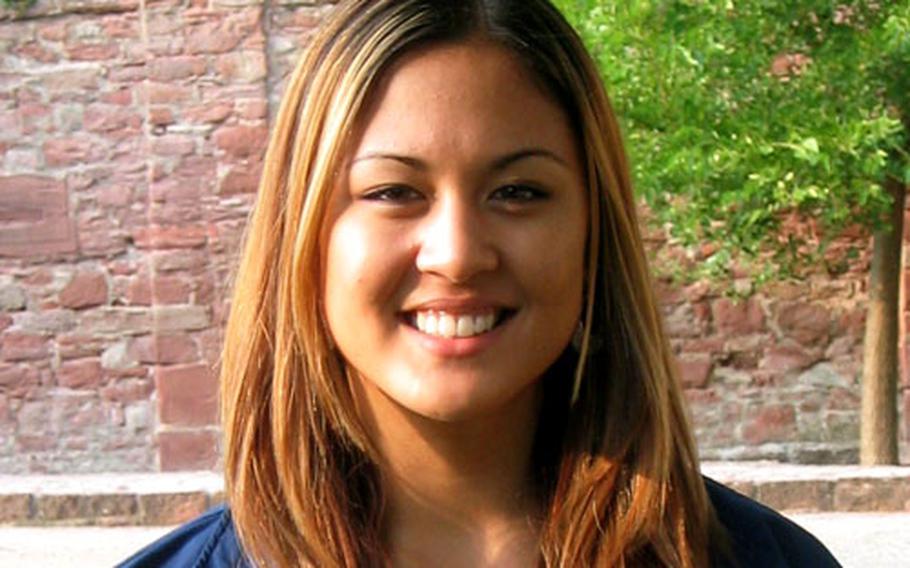 HEIDELBERG, Germany &#8212; There will be more than 30 volleyball teams in Kaiserslautern this weekend for the DODDS European championships, which run Thursday through Saturday.

But only one of them, the defending Division I champion Heidelberg Lady Lions, will deploy the continent&#8217;s top gun.

Coach Rich Bennett calls senior Natasha Holan &#8220;the hardest and most powerful spiker we have ever had here at Heidelberg, maybe even in all of DODDS in my 27 years with the volleyball program.&#8221;

Even though the 5-foot-10 Holan lacked polish and an all-around game when she checked into Bennett&#8217;s practices during her sophomore year, the coach said he knew right away she was something special.

Holan&#8217;s training, back then, consisted mainly of a parental legacy.

What Holan&#8217;s father hadn&#8217;t emphasized, however, was the part of the game that takes place away from the net.

All that changed when Holan began playing for two German teams, a youth squad (VSG Mannheim) and an adult team in the Heidelberg suburb of Rohrbach.

Bennett says playing against adult women is the biggest reason for Holan&#8217;s development into an all-around star.

&#8220;She was playing against women who were bigger than she is, women who could block her, at an elite level. She learned to pass, to dink left-handed, to cross-set.&#8221;

And became an even better hitter.

This year&#8217;s tournament has Heidelberg in a position Holan and her teammates haven&#8217;t seen before. For the first time in three years, the Lady Lions are going in as the No. 1 seed. In fact, the two-time defending champs are unbeaten this season in D-1 play.

So is complacency a potential problem?

The Lady Lions, conference champs for the first time since 2002, have lost this year &#8212; to D-2 power Bitburg. Bitburg, which topped the Lady Lions in five sets Oct. 22, helped lift the burden of trying to protect a perfect season, Bennett said.

As for dealing with the pressure of being the defending champions, Holan has a plan.

Holan has prepared a slick DVD to circulate among colleges she hopes will be interested in her services when her time in Germany runs out.

Compensation, perhaps, for the people she&#8217;ll leave behind.