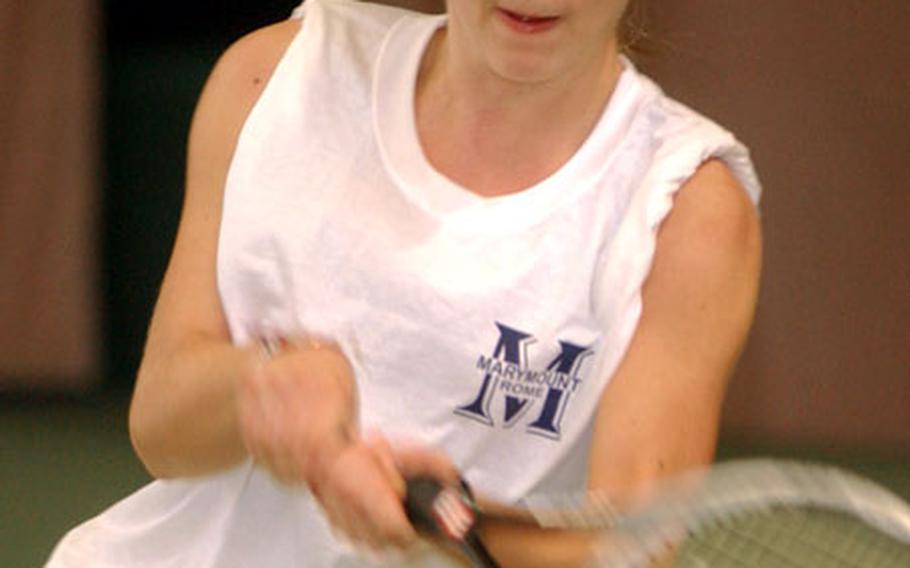 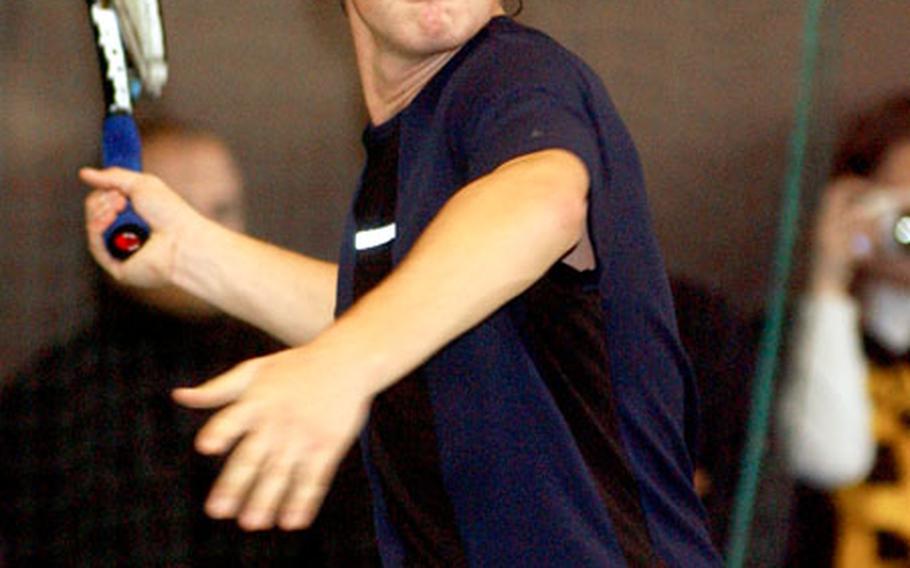 After placing third in last year&#8217;s tournament, Hayes was thrilled with his first-place finish this year.

Cirrincione put an end to a surprising run by Esguerra, a freshman playing in her first DODDS tournament.

Students from Italy and Turkey play their high school tennis in the spring, but Cirrincione was able to compete in this year&#8217;s Europeans because she placed first in last year&#8217;s Mediterranean championship.