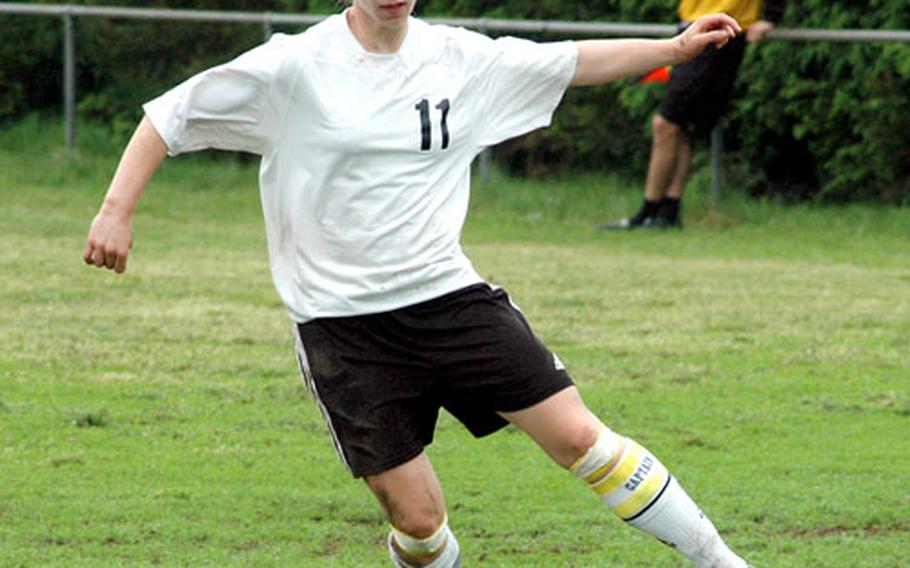 For Kyrie Bye-Nagel, announced as DODDS-Europe&#8217;s 2006 Female Athlete of the Year Thursday, individual glory has come with the territory during four years at Hanau High School.

The 2006 graduate made the All-Europe team in soccer four times &#8212; the second team as a freshman and the first team three times. Her senior year, she scored 23 goals and made four assists in just 12 games.

In basketball, Bye-Nagel was a two-time first-team All-European and led the Panthers to the European Division II title in 2005. Her senior year, she averaged 12 points, four assists, three steals and three rebounds.

And even in volleyball, the sport she played just for fun, she made the All-Europe second team as a senior.

According to her soccer coach, Sam Cassou, desire was just part of the process.

Bye-Nagel, Hanau&#8217;s 2006 valedictorian, plans to attend Davidson College in North Carolina, where she&#8217;ll concentrate on soccer. She&#8217;s going on an academic, not athletic, scholarship, Cassou said, but athletics will still play a big part in her life.

And in the process, altered Hanau athletics.