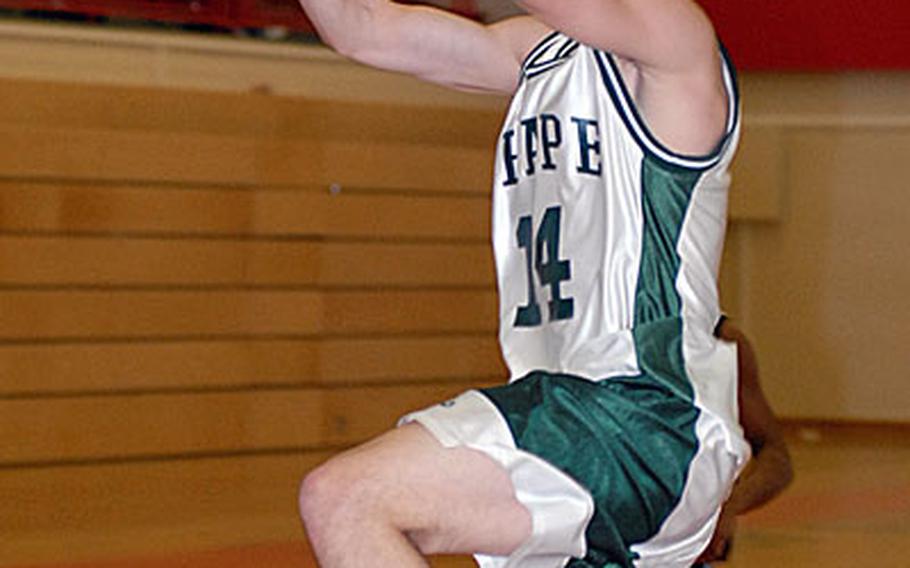 Twenty games or so into a so-far perfect SHAPE basketball season, the Spartans&#8217; opposition has come to be wary of Greeks with basketball gifts.

George and Michael Konidaris, sons of Greek navy captain Spyridon Konidaris, enrolled in the American section of the SHAPE International School in 2005, and immediately bridged any cultural gap there might have been with their ability to play basketball.

And adapting to the new situation required more than getting the lay of a new land, he added.

Michael, a junior who&#8217;s averaging slightly more than seven points per game, agreed with his brother about adjusting to the vernacular of the American teen.

Even with the challenge of an entirely new environment, George said the family welcomed its move to Belgium.

And the rest of the Spartans team has been glad to have them. According to coach Steve Richardson, acceptance of the two came easily.

Michael agreed that having the common bond of basketball with his new classmates helped the process.

&#8220;Playing basketball helped them accept us quickly, but they might have done it anyway,&#8221; he said.

Both brothers began playing basketball in their hometown of Kallithea, a suburb of Athens.

According to Richardson, the brothers add more to his team than just their skills.

That calmness was evident in Wednesday&#8217;s European Division II tournament game, a 60-34 victory over AFNORTH that kept the Spartans unbeaten for the season &#8212; which includes games against international foes as well as DODDS teams. Michael scored 11 points and George eight as SHAPE got everyone plenty of playing time.

The end of the tournament will end the brothers&#8217; career together, at least for the time being. But that&#8217;s no cause for alarm, either.