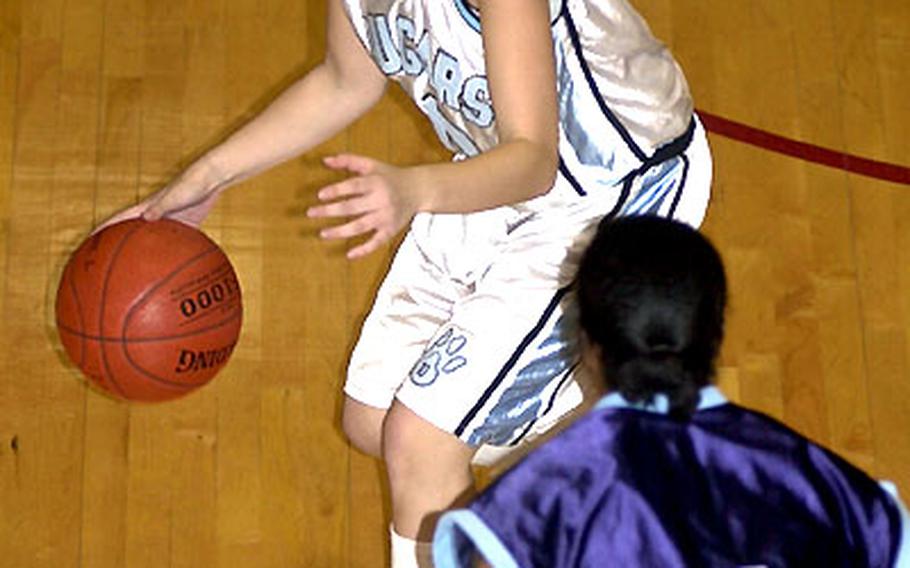 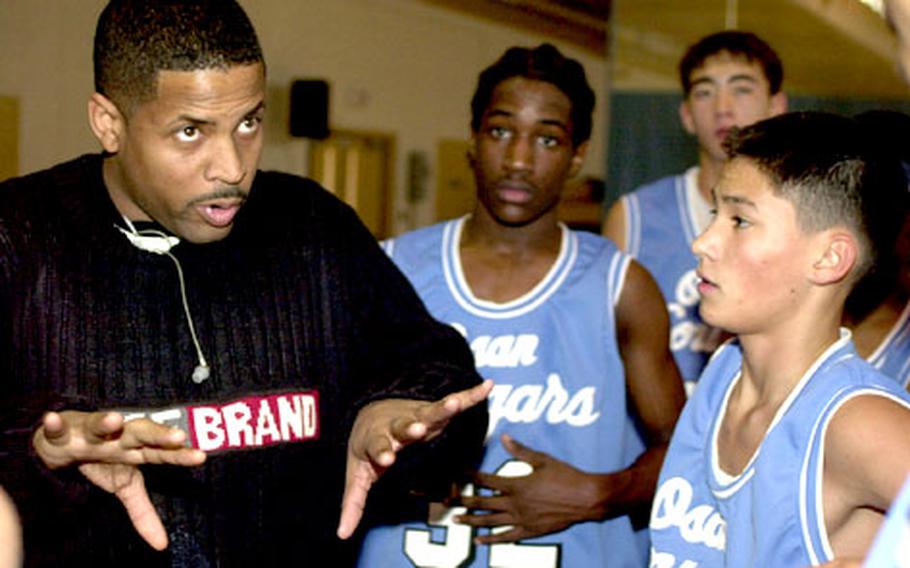 Assistant coach Dietrick Glover of the Osan American Cougars gives instructions to his charges during a timeout. (Dave Ornauer / S&S) 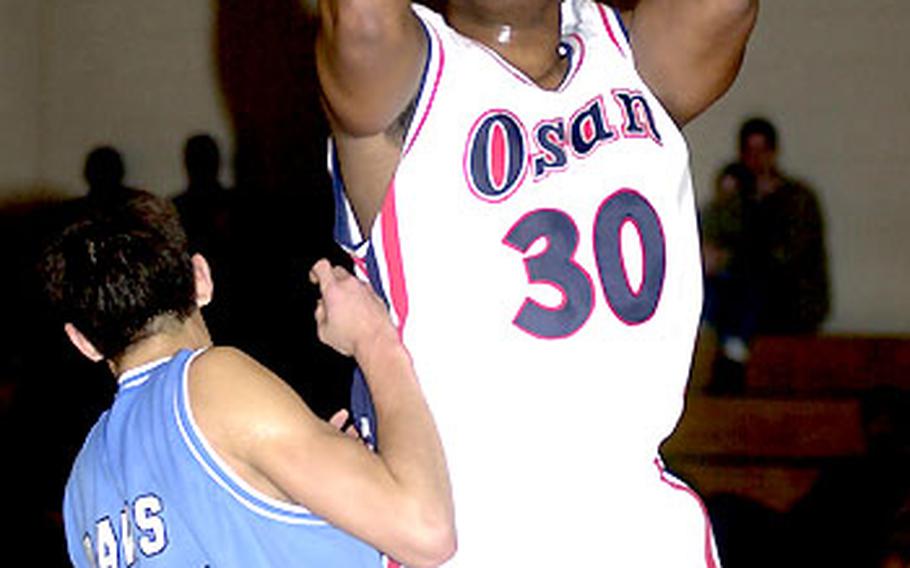 Glover is an assistant coach for both teams.

&#8220;I love them both the same,&#8221; said Glover, an Air Force staff sergeant who seems to be as much about basketball as his military speciality, law enforcement.

The 30-year-old from New Brunswick, N.J., has played or coached base-team basketball throughout his 12-year Air Force career, from Ramstein Air Base in Germany to Malmstrom Air Force Base in Montana. He arrived at Osan about 18 months ago.

Immediately, he joined the staff of longtime Defenders head coach Tony Jones, who calls Glover his &#8220;right arm.&#8221; But Glover had another goal upon arrival.

&#8220;My first goal is to be a high school coach. My next is to coach college ball after I retire from the Air Force,&#8221; he said. Besides helping Jones, he&#8217;s also an assistant for Cougars head coach Greg Rosenberger.

Glover works behind the scenes to advance high school and military players onto the college level, perhaps beyond. He has brought Cougars high school players into Osan&#8217;s summer intramural leagues to improve their skills.

He initiated a program in which a Defender is assigned a high school player in a corresponding position &#8220;in a mentoring role,&#8221; Glover said.

At the military level, through a series of contacts, he arranged for a scout from Texas Christian University to check out former Defenders forward Demario Daniels, now at Langley Air Force Base, Va.

Thang Vo&#8217;s shot with 4:53 left in the third put the Trail Blazers up to stay after they trailed the Cougars by 12 in the second period. Patrick McMillian had 23 points, and Vo finished with 21. Jon Piekarczyk had 21 points and Steve Davis 19 for Osan.

Asi Oba scored 22 points and Eric Johnson added 18 for the Defenders, who broke away with an 11-0 first-quarter run and led by as many as 28. A.J. Scott topped the Cougars with 22 points, while Jon Piekarczyk added 20.

Robin Szilagyi netted 18 points, and Vernita Handsbourough scored 13 of her 17 in the first half for the Queens. Mina Davis led the Lady Cougars with 10 points.

Apeleila Pereza poured in 21 points for the Lady Bulldogs. Calathia Hazel paced the Lady Panthers with 15.

The Lady Defenders led by as many as 25. Nicole Bowman had 17 points, and Mary Seaberry scored 12 of her 14 in the first half. Apeleila Pereza led the Lady Bulldogs with 14.