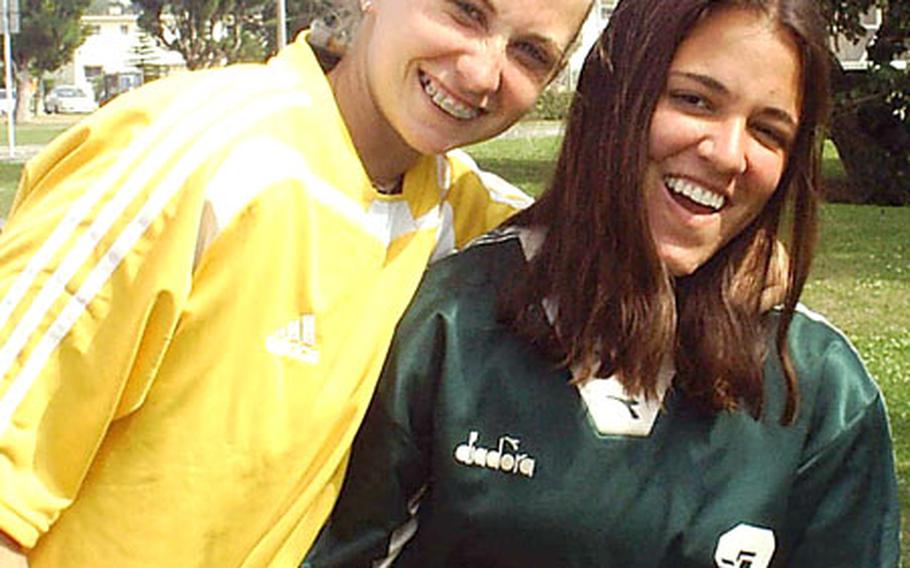 Kubasaki Dragons senior Erin Foote, left, wears the colors of the Kadena Panthers, while junior Dianne Abel of Kadena does the same with Foote’s jersey during a youth summer camp last year at Lester Middle School, Camp Lester, Okinawa. Despite the rivalry between the players and schools, Abel and Foote are the best of friends. (Courtest of Kimi Cece)

Kubasaki Dragons senior Erin Foote, left, wears the colors of the Kadena Panthers, while junior Dianne Abel of Kadena does the same with Foote’s jersey during a youth summer camp last year at Lester Middle School, Camp Lester, Okinawa. Despite the rivalry between the players and schools, Abel and Foote are the best of friends. (Courtest of Kimi Cece) 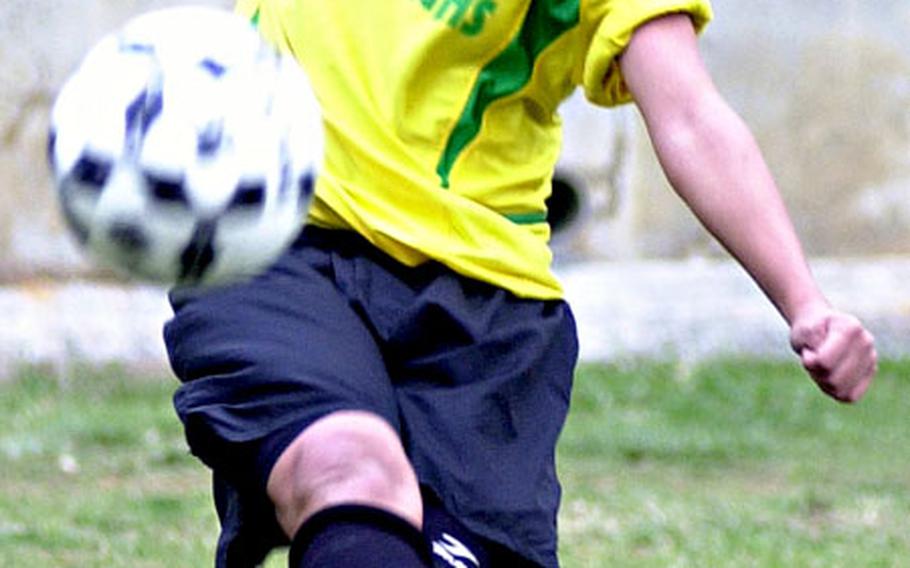 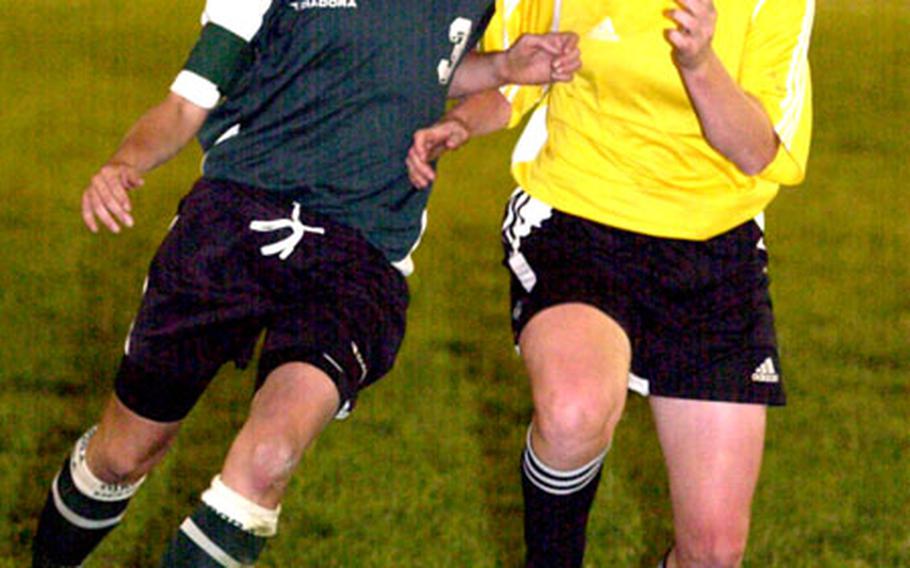 KADENA AIR BASE, Okinawa &#8212; At first glance, junior Dianne Abel and senior Erin Foote might appear the most inseparable of teammates.

They&#8217;ve befriended each other. They share wardrobes and dreams. They&#8217;re both centerpiece players; both officiate youth games. Foote has accepted a partial scholarship to play at Winthrop; Abel says she might follow.

They even hope to become Department of Defense Dependents Schools teachers, perhaps returning to coach where they now play.

Which happens to be Okinawa arch-rivals Kubasaki and Kadena high schools.

The friendship gets shelved, temporarily, when they set foot on the field; there, they&#8217;re about nothing but outdoing each other and their respective teams.

But a Panther chilling with a Dragon?

Awfully big of them, considering the acceptable way for students of the two schools to refer to one another involves tones of utter contempt, spoken with a hint of a hiss.

The schools are just five miles apart in southwest-central Okinawa, but Kubasaki is on a Marine base; Kadena, an Air Force base. On the fields of play, ardent supporters of Kadena&#8217;s black and gold wrinkle their noses and squint on sighting Kubasaki&#8217;s green and white &#8212; and vice versa.

Through it all, there are Foote and Abel, Abel and Foote. They watch Kadena play Kubasaki in softball, go to track meets, play video games, do homework, shop. They just hang out &#8212; often at each other&#8217;s homes &#8212; that of Marine Master Sgt. Bill Foote on Camp Foster or Capt. David Abel on Camp Shields.

Abel came into her own last season by scoring 34 goals and assisting on 19 as Kadena went 21-0, including 19 shutouts, allowing just three goals in winning the school&#8217;s third Class AA championship.

&#8220;Her competitiveness, and always wanting to win,&#8221; says Foote of what about Abel impresses her the most.

Foote, with 93 goals in her three-plus seasons, has three All-Far East selections, an MVP and two Class AA team titles to her credit.

When Foote applied for a scholarship in the fall, Abel came along for virtually the whole ride, viewing the process from start to finish. Now, she&#8217;s strongly considering following in Foote&#8217;s steps.

They have discussed plans beyond their playing careers, too. They&#8217;ve talked often about getting their teaching certificates, then applying to return to Okinawa and, in time, becoming coaching rivals at their current schools.