Four schools team up to add a twist to football practices 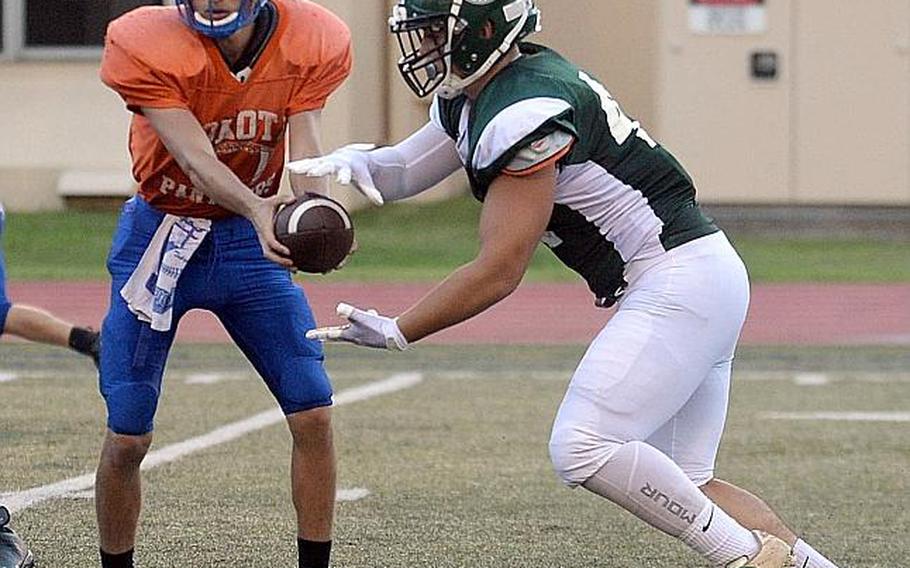 Yokota quarterback Chris Jones hands off to Kubasaki running back Haydn Peterson. The two schools combined to form one offense for this week's combine. (Dave Ornauer/Stars and Stripes) 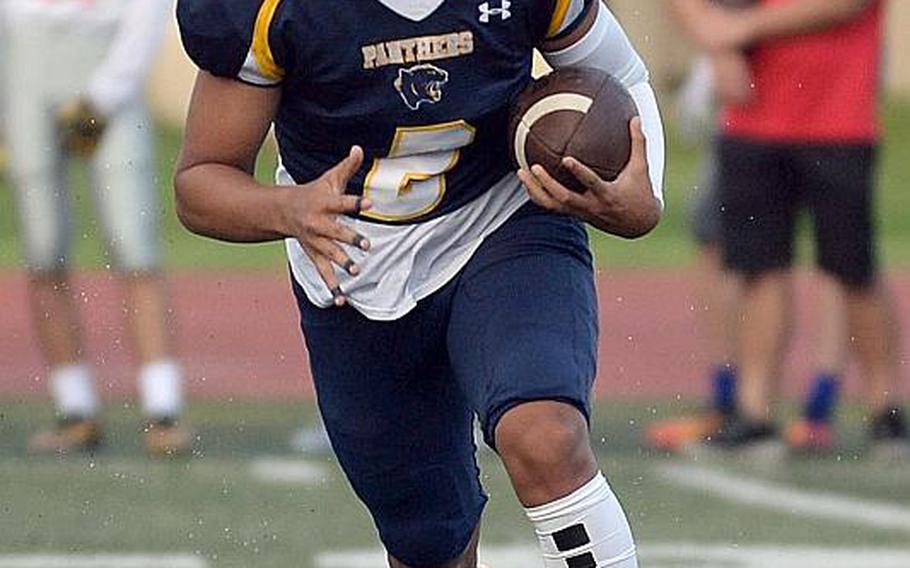 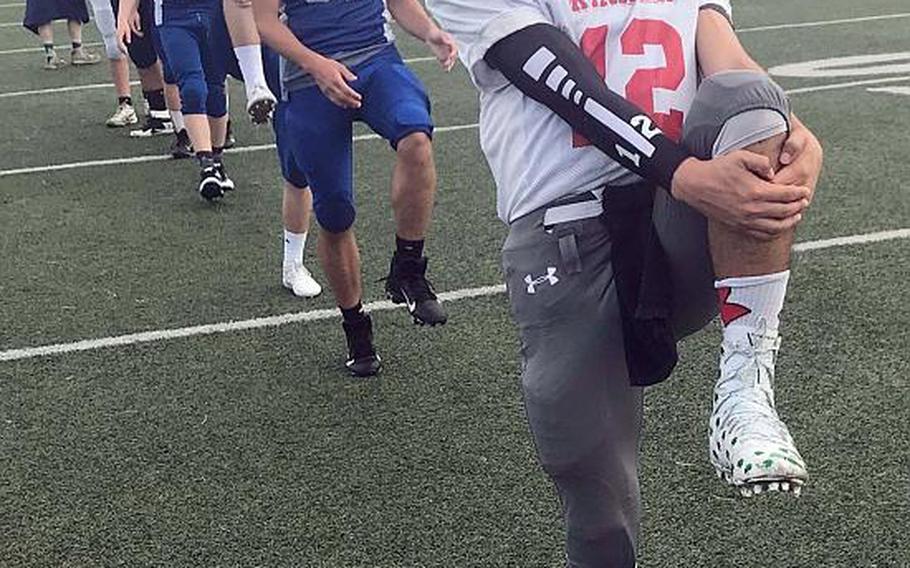 YOKOTA AIR BASE, Japan – Two-a-day football practices have begun for most DODEA-Pacific schools and four teams decided to do something a bit different this season.

Guam High, Kubasaki of Okinawa and Nile C. Kinnick and host Yokota of Japan spent Tuesday through Thursday drilling players on conditioning, fundamentals and play execution. The camp finished with a 90-minute scrimmage.

“You start football camp six weeks before the season, and after awhile, you get sick of just hitting your teammates” in practice, said coach Dan Joley of defending Far East Division I champion Kinnick. “You want to see what else is going on out there.”

Each school brought at least 12 players to the combine, along with multiple members of the teams’ coaching staffs.

DODEA-Pacific did not fund the camp nor the travel to it, but gave the combine its blessing, Joley said.

DODEA-Pacific fall sports teams were authorized to begin practices Aug. 4. Some waited until this week.

The genesis of the camp took place in March, when the coaches from the teams participated in the Tomodachi Bowl friendship game at Naval Air Facility Atsugi.

“We talked about this there and said it didn’t make sense for us not to do it,” Guam coach Jacob Dowdell said. “We’ve gotten more quality reps up here in these last few days than we will all season on Guam.”

Coach Fred Bales, in his final season at Kubasaki’s helm, called the gathering and what his players took from it “extraordinary.”

“You’re learning, you’re making new friends, you’re expanding your vision moving forward, not just about football or school, but about life,” Bales said. “This was a super-positive experience for the players, and the professional development for the coaches is huge.”

Kinnick quarterback Patrick Kelly, a senior, had done something similar with his teammates three seasons ago when Kinnick, American School In Japan, Zama and Yokota did a one-day combine.

The highlight of the week was the scrimmage, which featured the teams largely mixing rosters. There was even something of a crowd on hand; about 50 people, mostly players’ parents, were in the stands to watch.