For Yokota's volleyball team, a spike in the win column 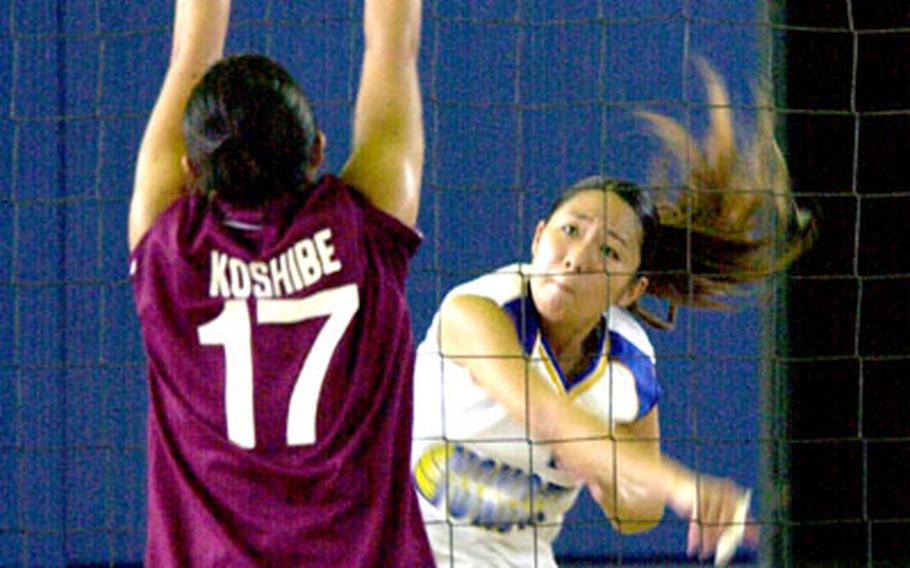 Though the players are pretty much the same, the difference in Yokota&#8217;s volleyball team from last year to this season is night and day.

In 2003, the Panthers muddled through a 7-11 regular season, then went winless for the first four days of the Far East High School Class AA Tournament. They finally broke through on the fifth day, in their last match, to finish 15th in a 16-team field.

Look at them now.

The Panthers streaked to an 8-0 record &#8212; the best in school history &#8212; sweeping three Japan Volleyball League matches with Edgren and the two-match season series with Zama American.

Having six seniors, including Seeley, middle blockers Shawna Vitarbo, Rachel Wright and Andrevia Thomas and outside hitter Jonica Childress, was of great help, she said, along with junior Shiori Kaneko.

Other coaches have noticed, including Sarah Richardson, who has coached Edgren since 1990.

The Class AA tournament is six weeks away. But the Seeleys exude confidence that a far different Yokota team will compete in Far East this year.