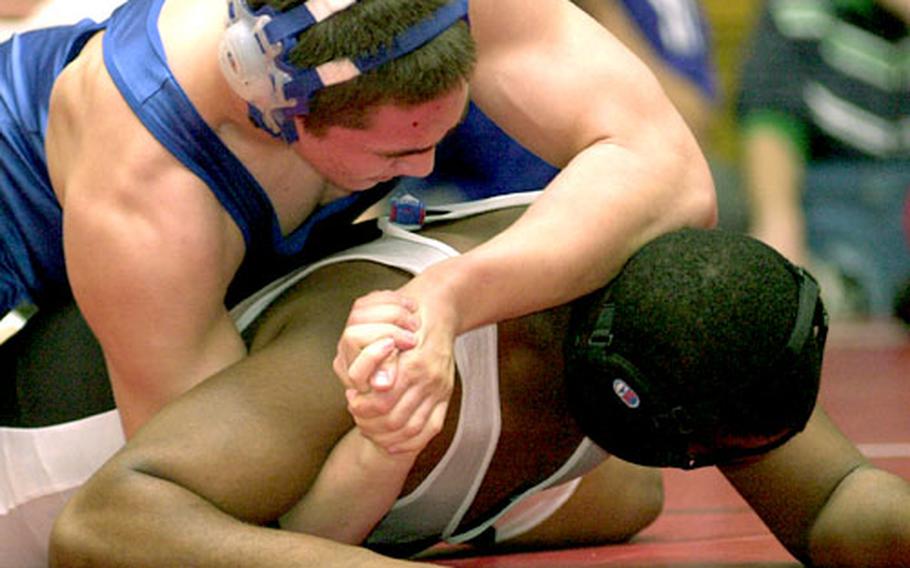 He still won the 180-pound class and led Seoul American to its first dual-meet team crown.

Tunis appears to be looking for a repeat performance this year.

The senior suffered an injury during football season that kept him out of action until the Kinnick Invitational on Feb. 5. All he did there was win the 215-pound class, beating a fellow defending Far east champion, and earn Outstanding Wrestler honors.

The senior&#8217;s success comes despite having minimal in-season league competition.

Mental preparation and motivation help counter the toll that long waits between matches can extract, say Harden and Tunis.

Tunis&#8217;s older brother Alex &#8220;had a great work ethic and Scott just sort of inherited that,&#8221; Hohenthaner said. &#8220;Julian has done a good job with him. He wanted to be a good wrestler, and Julian brought him along. Preparation, staying in shape and drilling, drilling, drilling.&#8221;

As to this week&#8217;s Far East tournament at Yokota, Tunis knows he and his Falcons teammates will enter Capps Gym with a bull&#8217;s-eye on their backs.