For Bitburg's Parker, basketball camp was a confidence-builder 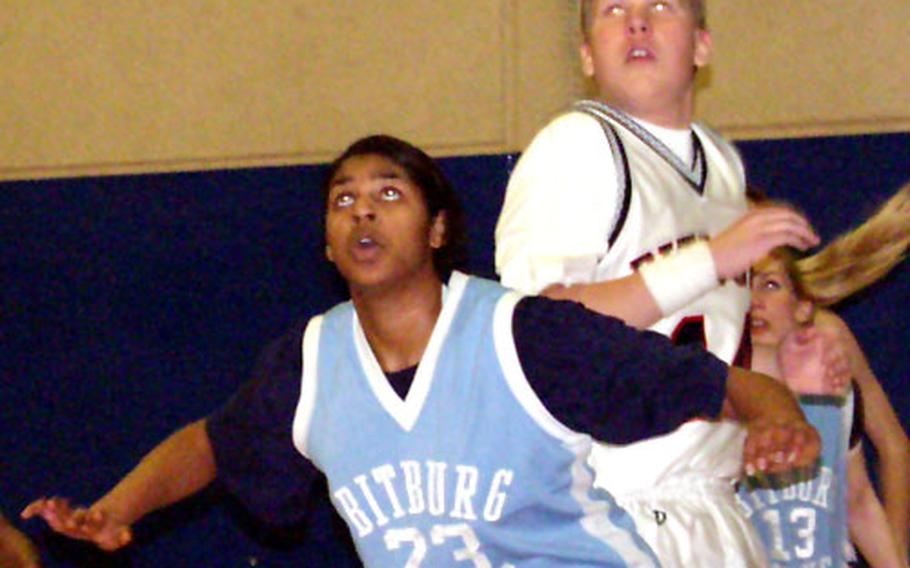 BITBURG AIR BASE, Germany &#8212; If Bitburg center Nadia Parker picks up where she finished her freshman year last February, the AFNORTH Lady Lions might have their hands full when the two schools finally get to play basketball Jan. 10.

For the season, she averaged 17 points on 50 percent shooting from the field, 14 rebounds, five steals and three blocks per game, upping the totals to 19 points and 15 rebounds per game during the Division II tournament.

That, however, was almost 10 months ago.

Even without a second look at the competition, Parker said her summer trip to Knoxville proved a useful barometer.

Still, Parker felt she held her own.

Parker&#8217;s camp experience left her hoping to play post for the Lady Vols some day.

Her basketball bloodlines should help, too.

Her parents met while playing college basketball in Louisiana, and her mother still plays professionally for a German league team in Trier. Her brother, Joel, is a senior on the Bitburg boys team.

Before the next level, though, there&#8217;s the prospect of defending that European championship without the help of graduated All-Europe point guard Constance Maziel.

With Parker and Maziel leading the way, Bitburg lost only two games last season, back-to-back early in the season to eventual Division I champion Ramstein and Division III champion Baumholder.

The new-look Lady Barons will take a 15-game winning streak into the Jan. 10 opener.

Containing Parker even a little bit is no mean feat, but Parker is prepared for the worst as she becomes the Barons&#8217; main attack.

That includes her leadership responsibilities for the defending champs.

Parker took up volleyball for the first time this fall, helping the Lady Barons to a second-place finish in Europe and making second-team All-Europe. She&#8217;s working on something new for the basketball season, too.