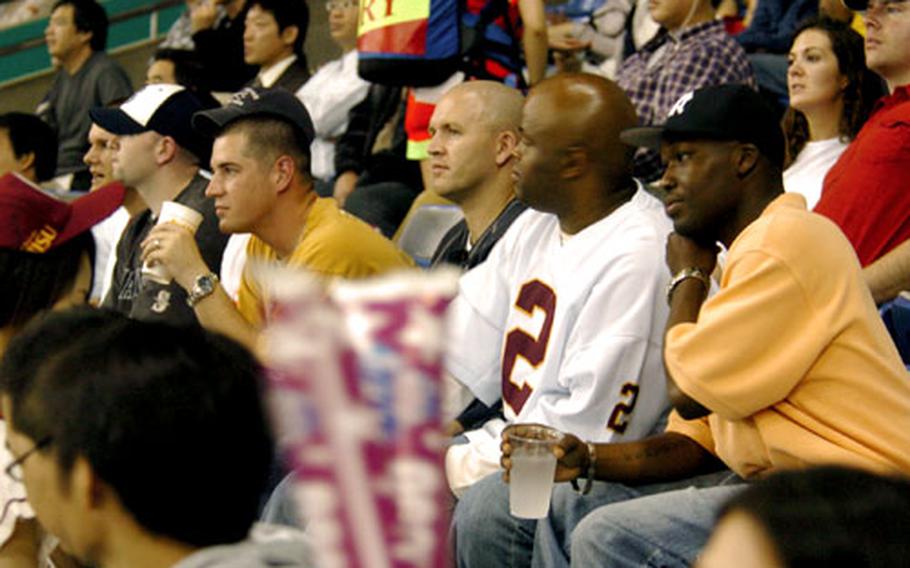 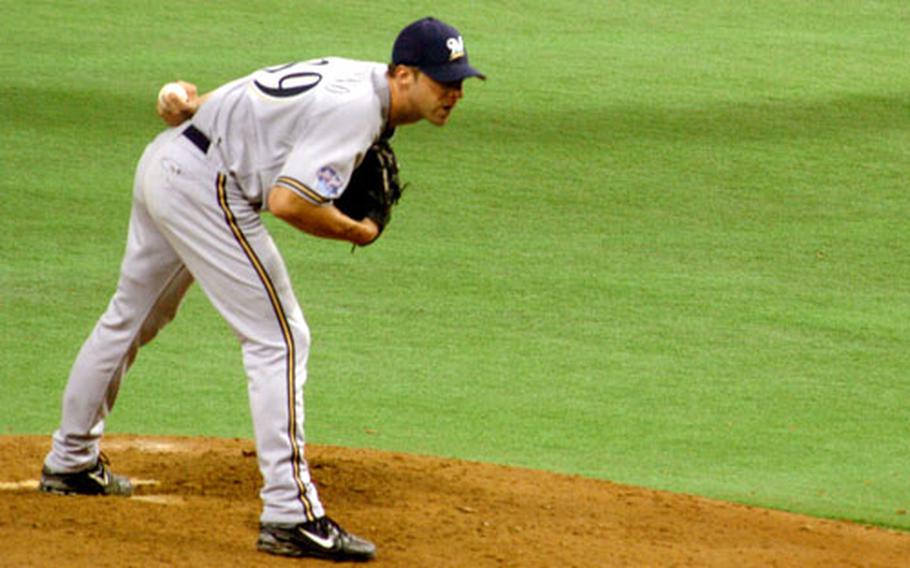 Chris Capuano from the Milwaukee Brewers pitches during an exhibition game in Tokyo Dome on Saturday. (Christopher B. Stoltz / S&S)

TOKYO &#8212; The exhibition series between the MLB All-Stars and the Japan League stars hasn&#8217;t sparked much interest from U.S. military fans, at least judging by this weekend&#8217;s attendance at the Tokyo Dome.

With major bases around the metro area not sponsoring mass tours to any of this year&#8217;s games, and with no all-star visits to military installations, U.S. servicemembers and dependents were tough to spot in the sold-out Tokyo Dome Saturday night for the MLB&#8217;s 8-6 victory.

Still, there was a group of about 15 Americans from Camp Zama sitting along the third-base line. They said they got complimentary tickets through Zama&#8217;s sports representative and came to soak up the atmosphere, relishing the chance to catch live baseball in Japan for the first time.

Ryan Howard, one of the youngest and arguably brightest, stood out. The Philadelphia Phillies slugger, who led the NL with 58 homers and 149 RBIs, went deep twice and just missed a third in the top of the seventh.

Sgt. Chris Davis of the 88th Military Police Detachment said he wanted to see some Seattle Mariners. Catcher Kenji Johjima, the club&#8217;s only representative, is a Nagasaki native who made his MLB debut this year. Chicago White Sox infielder Tadahito Iguchi is another ex-Japan League star.

Carlos Bassut, who retired from the Air Force and now works as manager of the Zama lodge, brought his wife, Bozena to her first-ever baseball game.

She appeared flustered as she struggled to understand the rules, he said, adding that he was more disappointed by the lack of hard throwers on this year&#8217;s MLB pitching staff. None of the major leaguer&#8217;s broke 140 kph (88 mph) on the Tokyo Dome radar gun.

Seated nearby, Sgt. James Hawkins of the 88th Military Police Detachment said he was just happy to see the Americans win.