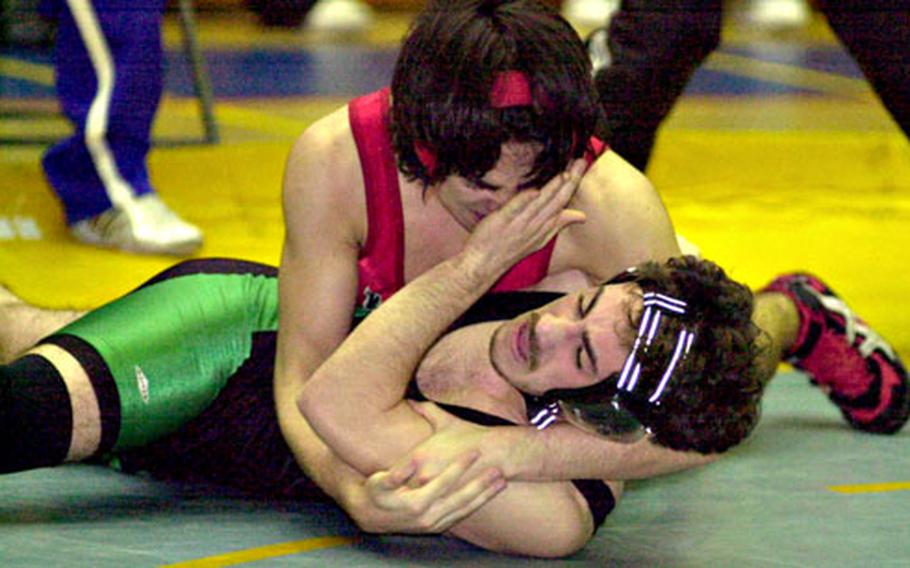 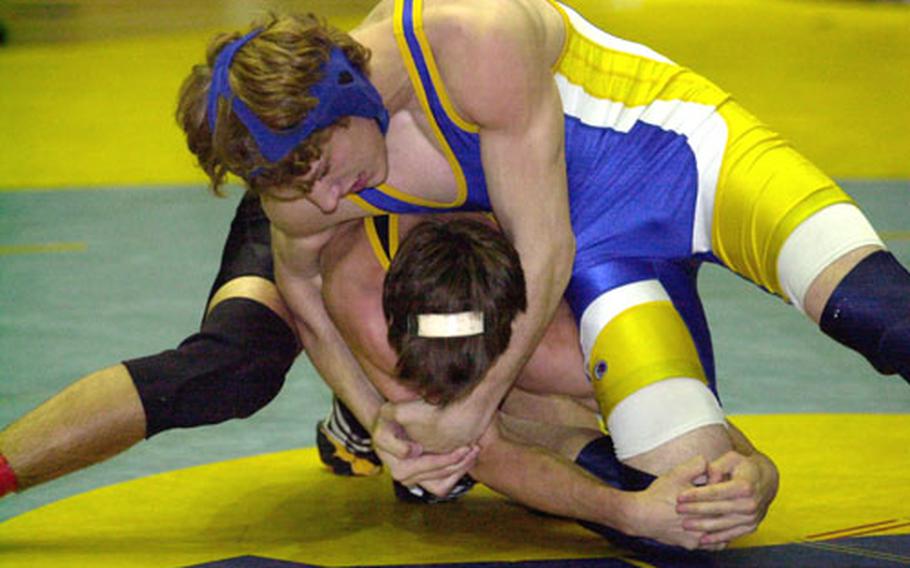 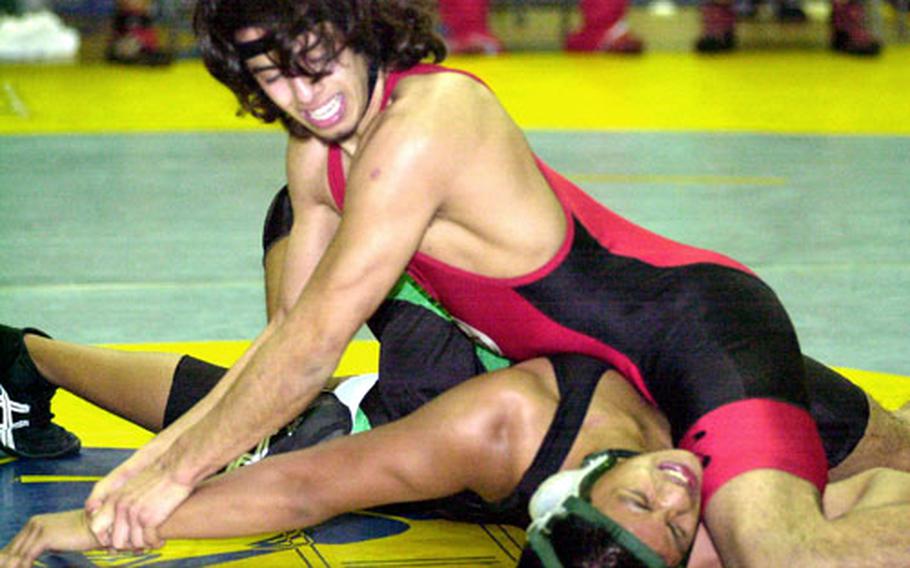 That spelled the difference when the two most storied programs in the annals of the Far East High School Wrestling Tournament engaged in the closest dual team championship meet in the event&#8217;s history.

Kubasaki and Kinnick finished with 26 points apiece. Kubasaki claimed the title on the tiebreaker, with three pins to the Red Devils&#8217; two.

Kubasaki, stronger at the lower weights, roared ahead of Kinnick 16-4 before the Red Devils charged back to lead 26-22. Dragons heavyweight Paul Haecherl pinned Kinnick&#8217;s Phil Ergus to create the tie.

Had Brown pinned Martinez, Kinnick would have won 27-25.

&#8220;I give credit to him [Martinez] for staying off his back for a whole minute and getting us that team point,&#8221; Kubasaki coach Terry Chumley said.

As the &#8220;home&#8221; team, Rhinehart had final say on who would wrestle at each weight against Kubasaki.

Thinking that Brown would likely lose to Kubasaki&#39;s 148-pound champion, Steve Courtney, Rhinehart opted to give Courtney a walkover victory, move Brown up to 158, Cibulka to 168 and 168-pound runner-up Joey Wood to 180.

Rhinehart thought of that lineup change in the moments leading up to the final, but mainly because of the health of his regular 180-pounder, Chris Sanders.

Wood and Cibulka recorded technical fall victories, when pins might have saved the Red Devils.

After some quick calculating, she arrived at a solution.

Reggie Barton got the Red Devils on the board by pinning Kubasaki&#8217;s 101-pound gold medalist, Jack Abate.

The Dragons won the next four bouts, on pins by Cameron Daugherty (108) and Nic Dennard (115), a walkover victory for 122-pound champion Matt Maza and a technical fall by C.J. Tapang (129).

Brown, Cibulka and Wood followed with victories. Roderic Thomas (215) won by walkover to give Kinnick a brief 26-22 edge, but Haecherl put Ergus away to tie it at 26-26.

Kubasaki extended its tournament record to 20 titles to six for the Red Devils. The Dragons also became the first team in five years to sweep the dual-meet and individual freestyle crowns.

Dopslaf handed Copeland only his second loss of the season and first in two years in the Far East meet, a 13-3 technical fall in the consolation bracket semifinals. Yokota topped Kadena 31-20 and went on to finish in third place.

Burnett and Tunis went to overtime tied 1-1. By rule, they had to start overtime clinching each other, and Burnett succeeded in putting Tunis down first for a takedown that made the final 2-1. Seoul American beat Zama and eventually finished fourth.