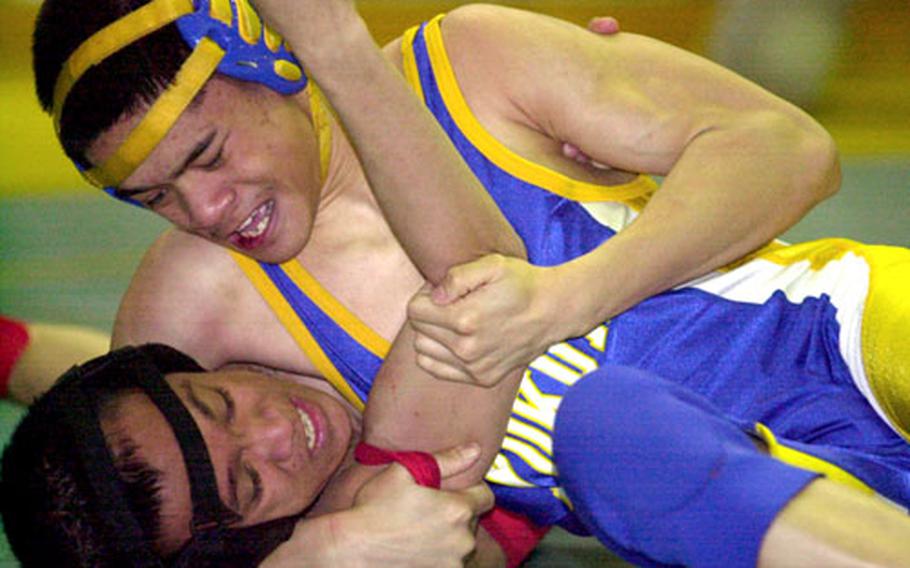 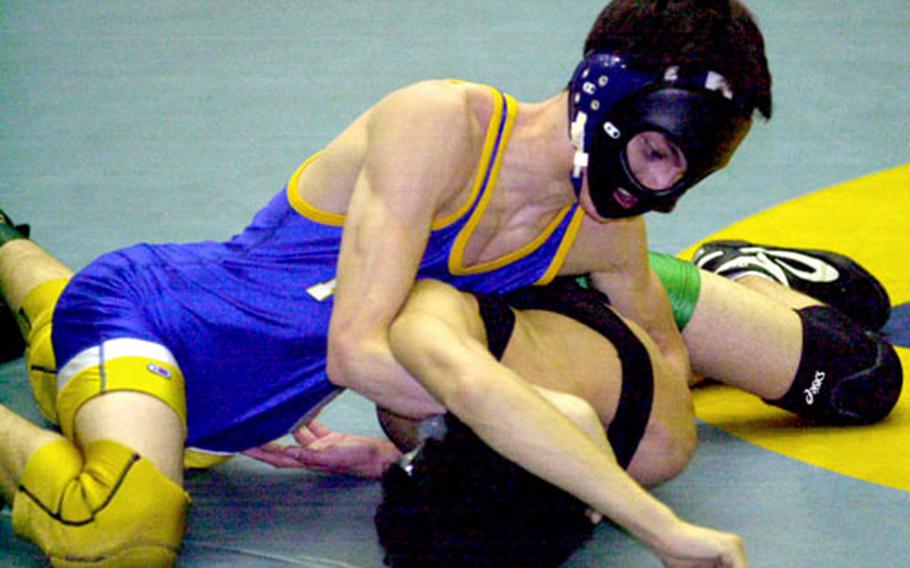 Yokota&#39;s Jason Rodriguez, top, decisioned Nic Dennard of Kubasaki in the 115-pound championship bout. Rodriguez wore a mask after suffering a broken nose in a round-robin bout with Dennard on Thursday. () 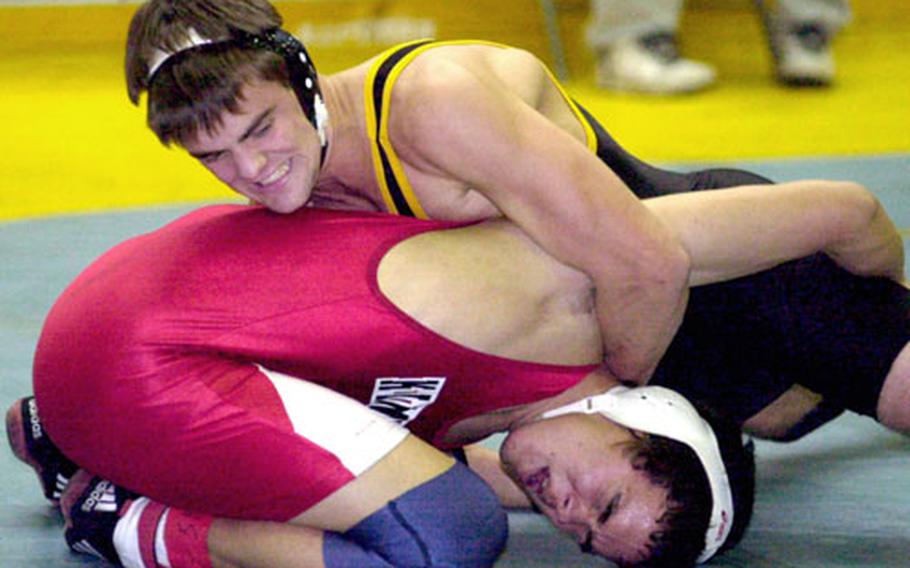 YOKOTA AIR BASE, Japan &#8212; On a day on which 11 first-time gold medalists made their way to the awards podium, a storied program revived itself Friday as Far East High School Wrestling Tournament powerhouse.

Chumley became the first female coach in tournament history to win a team championship. She should also quiet the voices around the island that whispered privately that the program was &#8220;done&#8221; without Pellaton.

Thought to be in rebuilding mode and overshadowed by talk before the tournament of a four-way battle among host Yokota, Nile C. Kinnick of Japan, Kadena and defending dual-meet team champion Seoul American, Chumley knew on Thursday, the first day of the meet, that Kubasaki had a shot.

One opposing champion emulated that Kubasaki motto, including Yokota 115-pounder Jason Rodriguez. He suffered a broken nose in a Thursday round-robin bout with Kubasaki&#8217;s Nic Dennard, but came back Friday &#8212; wearing a face mask &#8212; to defeat Dennard for the gold.

Rodriguez joined teammate Patrick Pamintuan (108) as a champ in his first season.

Kinnick&#8217;s Joey Wood, last year&#8217;s 158-pound champion, and reigning 168-pound titlist Devon Copeland of Kadena went to overtime, after Copeland rallied from a 4-0 deficit. Copeland secured a takedown at 6:46 after a titanic struggle.

Just two weeks after losing to him in the Kinnick Invitational &#8220;Beast of the Far East&#8221; Tournament, David Burnett of Zama American gained revenge on Scott Tunis of Seoul American in the 215-pound final.

Matthew C. Perry senior Adam Krievs, the only wrestler from the Japan school, won a bronze medal at 180 pounds by rallying from a loss to eventual champion Zach Dopslaf of Yokota.