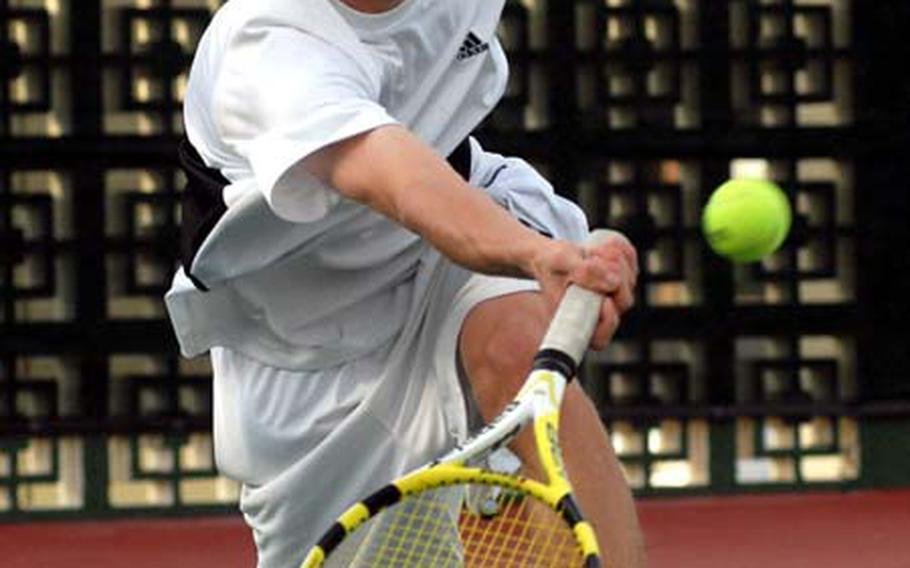 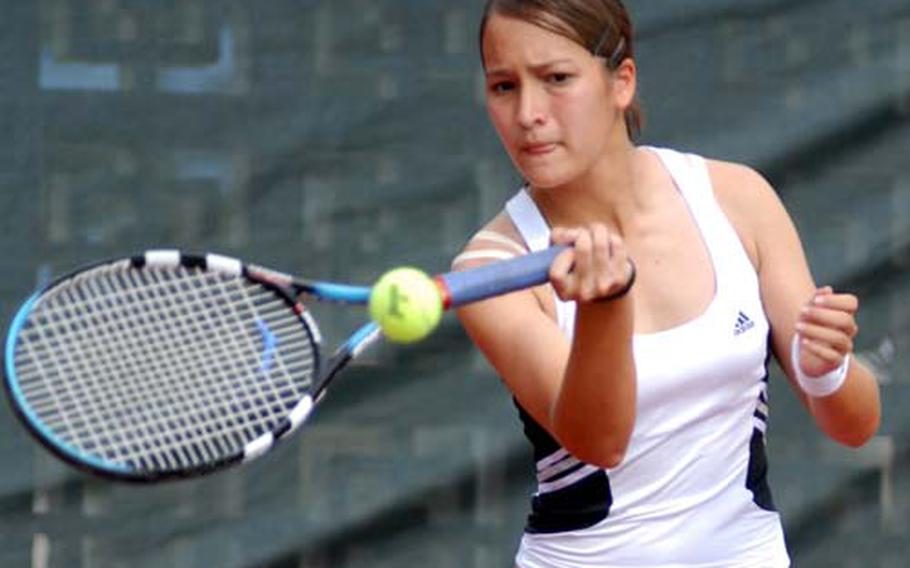 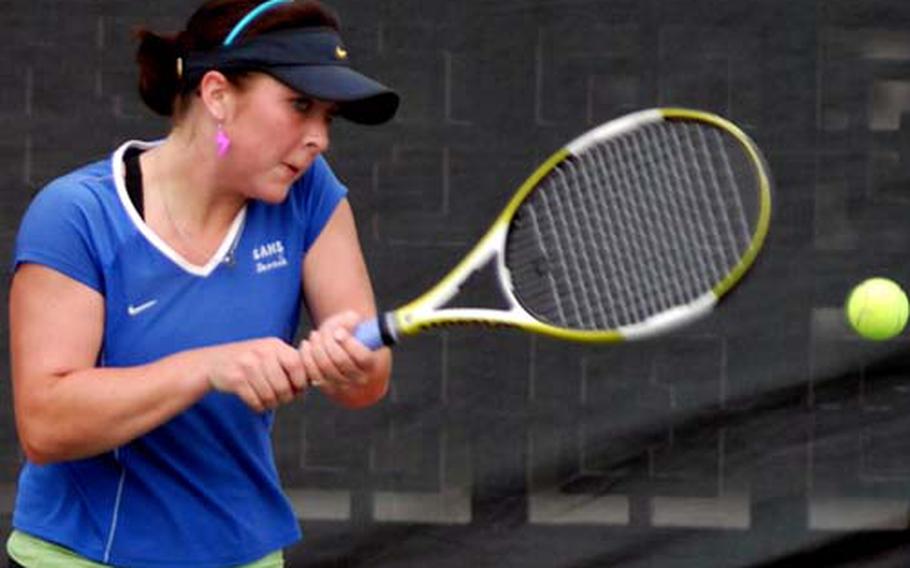 KADENA AIR BASE, Okinawa - Perhaps the most star-studded field ever in the Far East high school tennis tournament takes the court Monday at Kadena&#8217;s Risner Tennis Complex, with three former champions looking over their shoulders at a group of hungry up-and-comers:

Taking aim at 2007 girls singles champion Kennedy Allen of Seoul American and reigning champ Elissa Mason of Kadena is a group including Guam High sophomore Amber Gadsden and Yokota freshman Erika Youngdahl.Two-time boys singles champ Kyle Sprow of Kadena could find his hands full with his teammate, 2008 runner-up Elliot Mason, along with Korea sophomores Chong Lee of Seoul American and Russell Midomaru of Daegu American, among others."Kennedy is such a strong player. Amber is proven and Erika has had some success," Kadena coach Robert Bliss said. "Elissa understands that she has to play well. And Kyle has been a rock this year. He&#8217;s taken this team on his shoulders. This has been a good year for him."

The three former champions will compete in a Far East field with more experienced players than at any time since the tournament became an All-DODEA event in 2004. Of the 16 singles seeds, 14 have played in the Far East event in the past. All but six doubles players have seen action in the Far East tournament.

"We&#8217;ve seen these guys. They have another year of experience," Sprow said, adding that he and his teammates are not worrying about whom they might face, but how they&#8217;ll play.

"Strive for perfection and see what happens. We know what we have to do. It&#8217;s just a matter of executing our game and don&#8217;t play into their hands," Sprow said.

The three-day Far East tournament includes singles, doubles and mixed doubles play. Each team has four boys and girls on its roster, and each player may choose to play in two of the three events.

Even the newbies have some form of pedigree and success. Youngdahl last month became the first DODEA Japan player to win a Kanto Plain Association of Secondary Schools tournament singles title.

The field this year is so deep, organizers said, that Matthew C. Perry senior Andre Bugawan, fourth in singles last year, chose to play doubles and mixed doubles. "A lot of coaches e-mailed me about that. That surprised people," tournament director Stephanie Steadman said.

Kadena and Seoul American shared the overall team title last year, but a handful of coaches feel that each could be challenged by Daegu&#8217;s boys, Yokota&#8217;s girls and Nile C. Kinnick as a whole, among others.

"Once you get into the semifinals, in all the events, not just singles, you&#8217;ll see some really good matches," Bliss said.