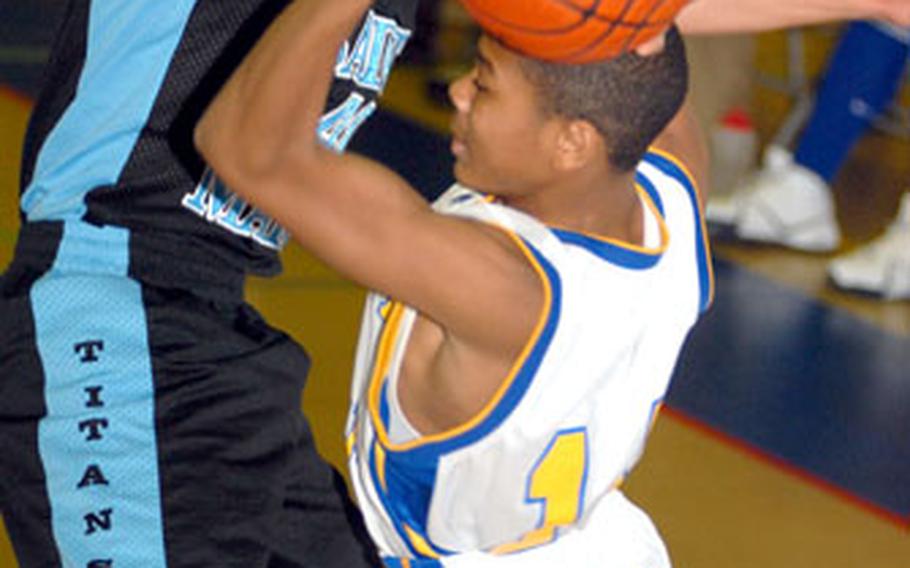 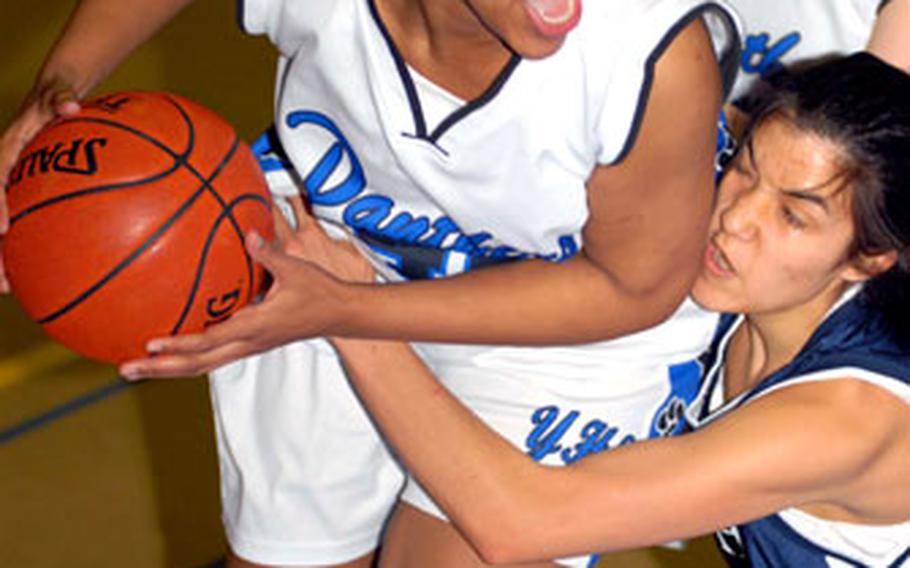 YOKOTA AIR BASE, Japan &#8212; They might consider changing Caiveon Thomas&#8217; first name to Savior, considering how valuable he&#8217;s been in the closing seconds to the Yokota Panthers boys basketball team in its last three games.

The two-time All-Far East senior center sank two foul shots with 12.8 seconds remaining as Yokota survived a rally from a 12-point, first-quarter deficit by the St. Mary&#8217;s International Titans to eke out a 46-44 victory Tuesday at Yokota&#8217;s Capps Gym.

That came on the heels of two game-saving performances by Thomas over the weekend at Sasebo Naval Base. He hit a jumper with six seconds left to seal Friday&#8217;s 59-58 win over E.J. King, then hit two foul shots with one second left in overtime as Yokota edged the Cobras 79-78.

Yokota girls coach Ric Cabral has faced and lost to each team, and feels the 2004 Far East Class A tournament champion Symbas might stand a better shot at making it two titles in four years.

&#8220;Sacred Heart moves the ball a lot better, where as E.J. King relies on [junior guard Kristia] Suriben to break presses. Everybody on this (Sacred Heart) team can break presses.&#8221;

Unlike the Symbas&#8217; 49-33 home triumph over the Panthers, Tuesday&#8217;s rematch featured six ties and 18 lead changes before Arbour took charge, scoring two layups and a foul shot starting with 3:01 left on the clock.

The Symbas, off to the best start in school history, exude the confidence of a winner, Cabral said.