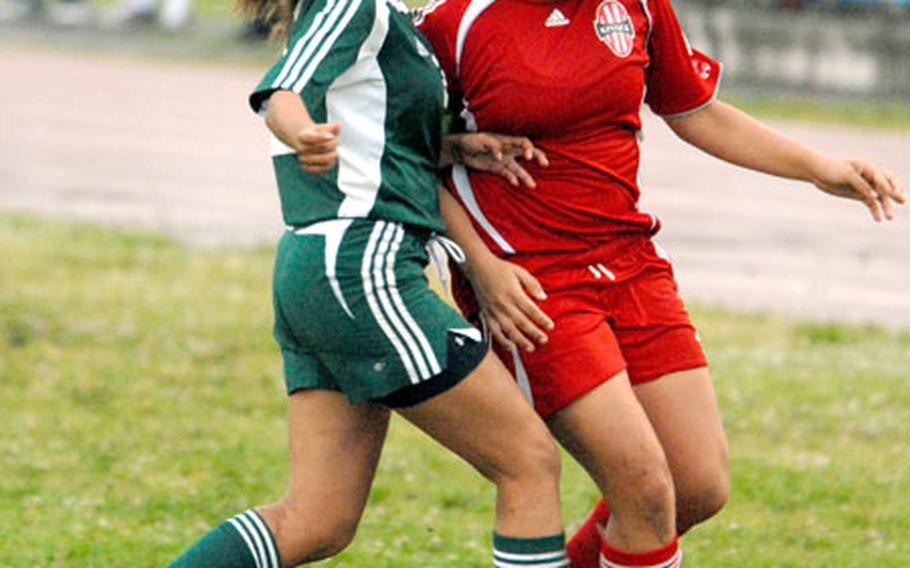 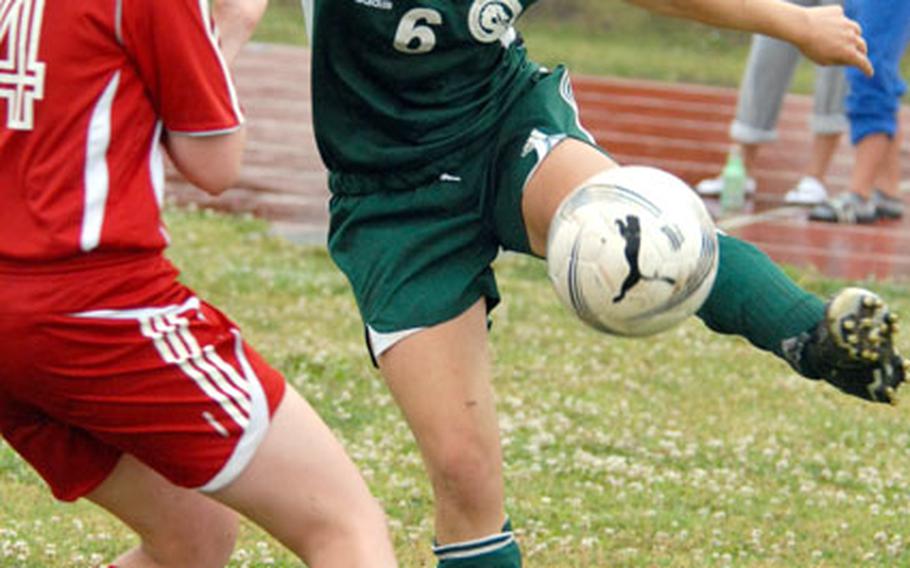 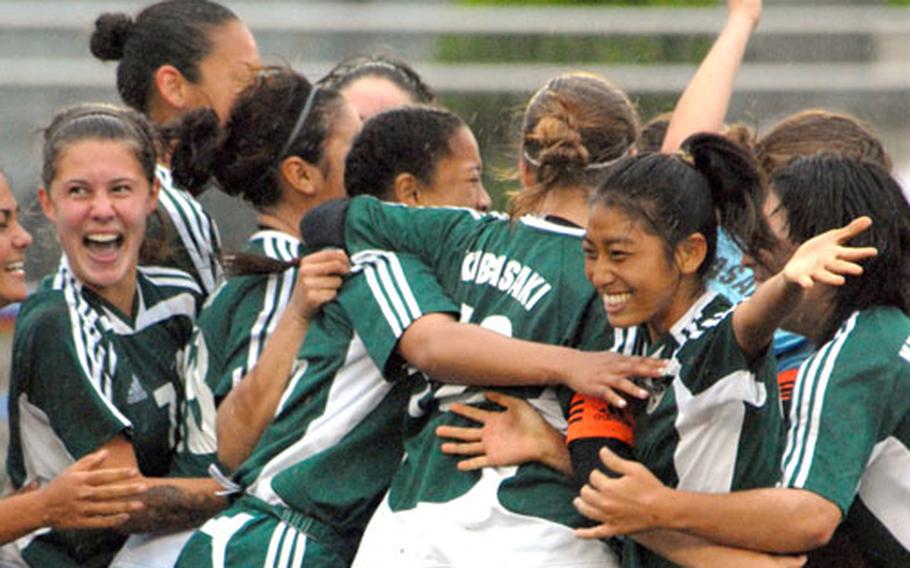 On Friday, the &#8220;Super Sophomores&#8221; delivered, accounting for all of their team&#8217;s scoring as the Kubasaki Dragons returned to the title throne they last occupied four years ago.

It also wiped away the bitter memories of losing the 2005 title match in a penalty-kick shootout against Kadena, and falling in last year&#8217;s semifinal to American School In Japan, also on penalty kicks.

Kinnick lost for the second time in two visits to a Class AA championship match; the Red Devils lost 1-0 to Kadena in 2000 at Misawa Air Base, Japan.

Early on, it appeared the Red Devils would have their way with the Dragons. Kinnick made run after run at the Kubasaki net, finally cashing in when freshman Tara Bartkoski netted her 38th goal of the season in the 14th minute.

But the tide soon turned, in a match played in steady rainfall and on Bonk&#8217;s muddy turf. Kubasaki&#8217;s defense took over, tightly marking Bartkoski and striker Frances Zukowski and turning the runfest into a slowdown battle.

Kubasaki broke through when Monti gathered a loose ball and lofted it to the top left corner off Kinnick keeper Charlemagne Cameron&#8217;s hand three minutes before halftime.

Ihu put the Dragons ahead for good with her ninth goal of the season, banging in a crossing pass from the left side by Koeneke in the 68th minute. Nine minutes later, Ihu sent the ball into the area, where it slithered through Cameron&#8217;s hands to Koeneke, who kicked it home.

What&#8217;s your opinion on the Kadena-Kinnick girls soccer controversy? Tell Dave Ornauer what you think at Stripes Blogs.