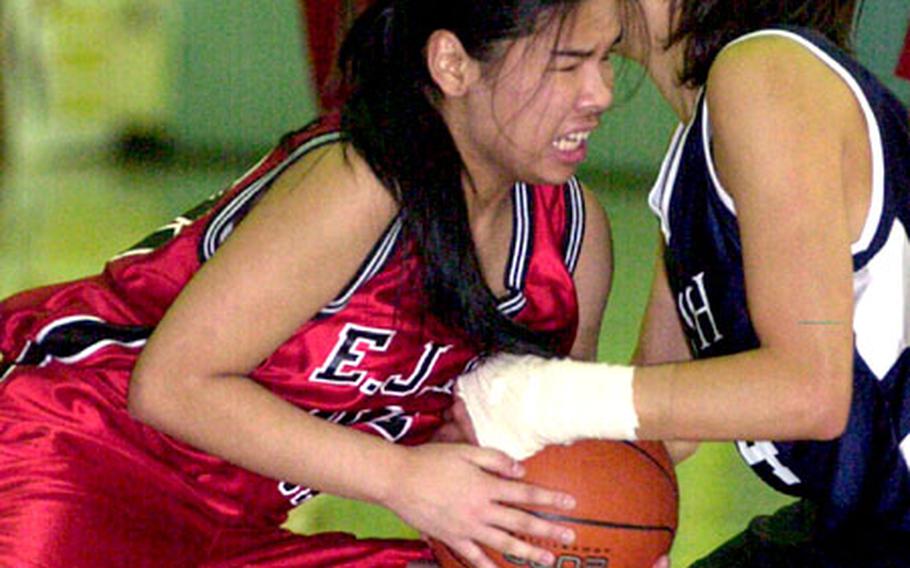 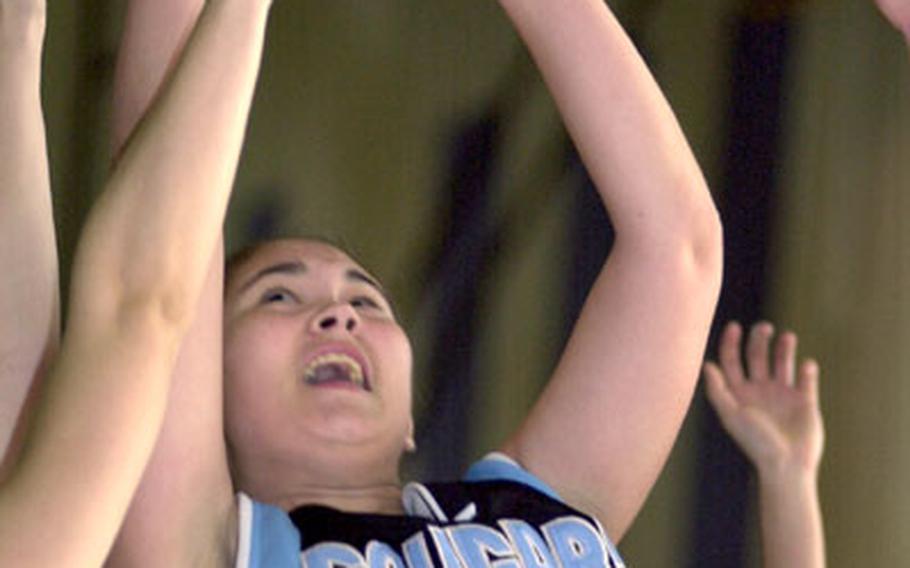 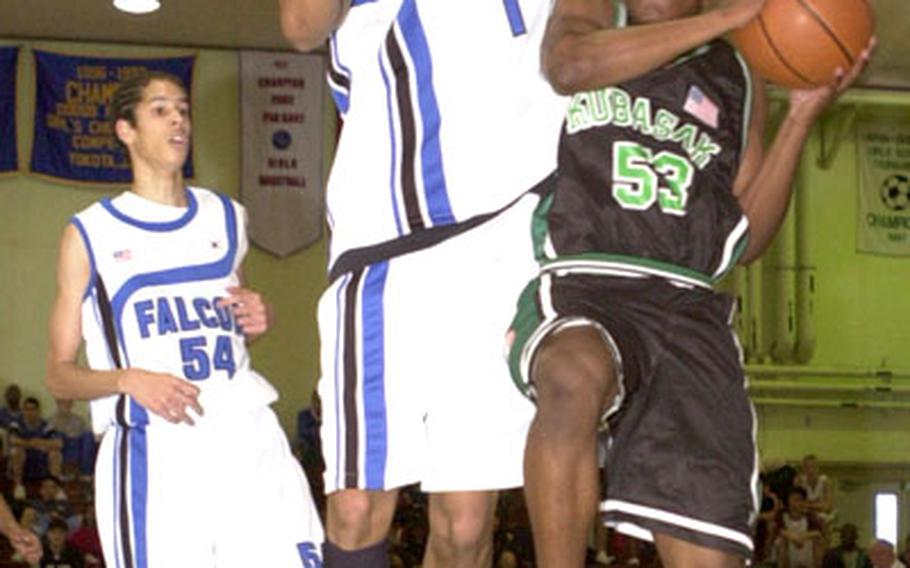 Steven Ellis had 22 points, Stephen Thompson 18 and Marcus Carson 17, and the co-host Dragons overcame foul trouble to upend Seoul American 78-69 in the quarterfinals on their home floor.

&#8220;It feels good. The credit goes to the players. They hustled, made shots that were important and never gave up, even when they were in foul trouble.&#8221;

When senior guard Vincent Hobbs sat with four fouls in the third period, Reggie Pearson came off the bench &#8220;to hit some big shots, grab some big rebounds and run the floor,&#8221; Sullivan said. Thompson had three fouls at halftime, and Carson played the last three minutes with four fouls.

The Dragons reached the semifinals for the second time in three years and avenged a loss to the Falcons in the 2003 final.

It also meant a trip to Kadena High, where the Panthers lay in wait for a semifinal matchup. Kadena and Kubasaki split four regular-season games.

How does a coach keep a team motivated after expending so much emotional energy bringing down a champion?

This time, Osan American was ready for the St. Paul Christian press. And the Cougars&#8217; reward was a trip to Center Court for the fifth straight year in the Girls Class A tournament.

After losing Monday in pool play 63-59 to the Warriors, a game in which Osan committed 28 turnovers, the Cougars used a patient passing game, and continually fed 6-foot-4 center Margaret Nurse (33 points, 26 rebounds) and forward Mina Davis (24-20) for easy layups.

No team besides Osan has made it to the Class A finals five straight years. Osan won the title in 2001 and &#8216;02 before losing to Faith Academy of the Philippines in 2003 and International School of the Sacred Heart last year.

Kinnick girls get first win over Yokota this season

Unlike Seoul American&#8217;s boys, the third time proved the charm for Kinnick&#8217;s girls. Lualhati Johnson&#8217;s half-court, three-point, buzzer-beating shot gave the Red Devils a 59-57 victory over Yokota, their first win in three tries against the Panthers this season.

The win earned Kinnick the top seed from Pool A and a first-round bye in the single-elimination playoffs.

The Devils weren&#8217;t planning on celebrating too long.

Despite injuries, Osan&#8217;s boys scramble all the way to third place

Osan&#8217;s boys season, meanwhile, could be summed up in one word: injuries. Virtually from the start of the season to the Boys Class A tournament in Japan, the Cougars resembled an infirmary at times, playing the last two days of Far East with six healthy players.

Yet despite the adversity, Osan finished second in the Korean-American Interscholastic Activities Conference&#8217;s large-schools division, then placed third in Class A.

Their bid for a second Center Court appearance in three years came up short when the Cougars rallied from a 20-point deficit, only to come up three points short of St. Paul 55-52.

Brandon Holling aggravated a knee injury on Tuesday, Cory Black sat out two days with an ankle injury and Ellis Colton was hobbled by an ankle the past three days.