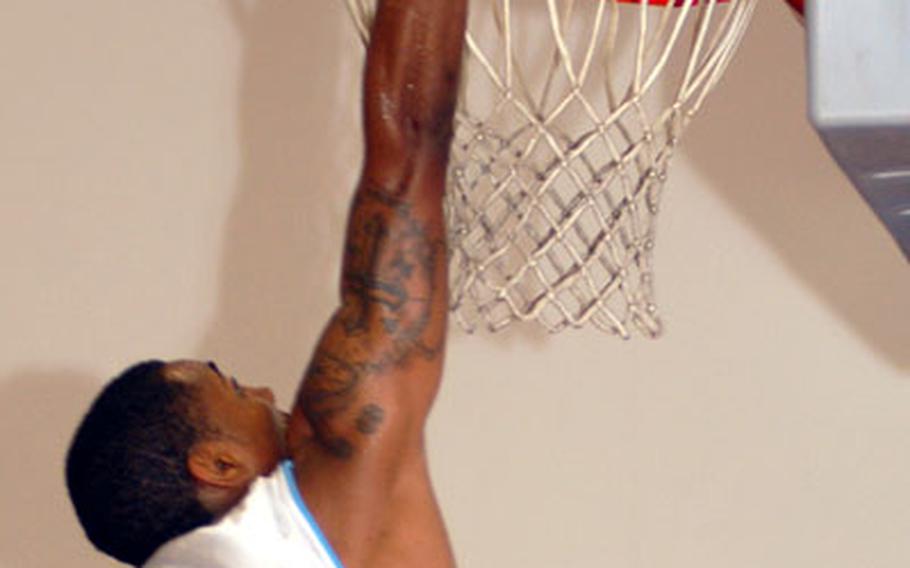 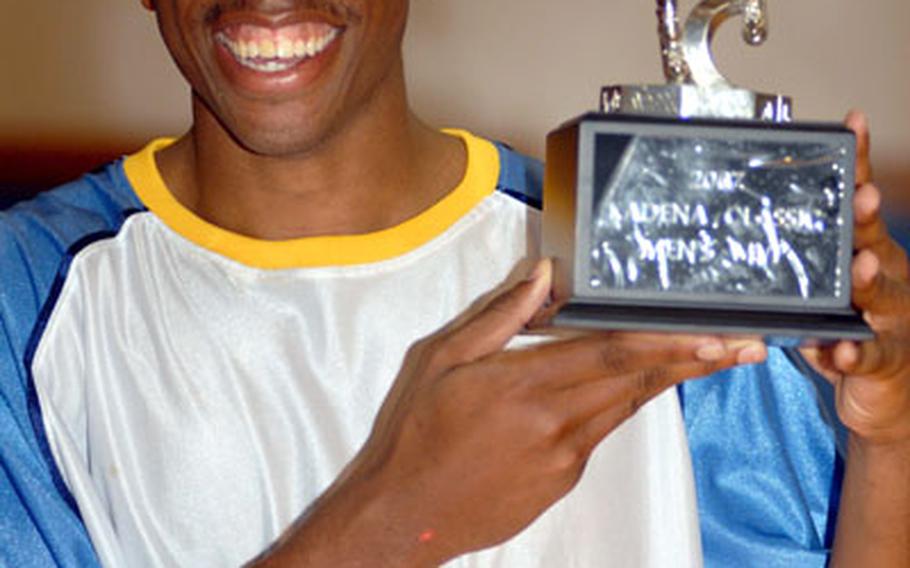 After suffering their only two losses this season at Osan in December&#8217;s Pacificwide Open Holiday Tournament, MVP Bryan Simpson and the Falcons returned the favor on Thursday, beating the Defenders for the second time in two days, 65-48, in the championship game of the 4th Kadena Classic interservice basketball tournament. Kadena also beat Osan 57-47 on Wednesday.

&#8220;The guys wanted to prove that we were a quality team that deserved mentioning in the same breath as Osan,&#8221; Falcons coach Gerry Barnes said. &#8220;They were champions in Korea; we were champions here.&#8221;

Kadena&#8217;s success and Osan&#8217;s downfall came about largely due to Simpson&#8217;s foul-shooting touch (10-for-13) and a defense that clamped down on Osan&#8217;s bread-and-butter perimeter game. The Defenders hit just three three-point goals, the first one by James Williams with 9:40 left.

From the 10-minute mark in the first half until five minutes into the second half, Kadena outscored Osan 28-4, then took its biggest lead, 53-33, on former Defenders guard Romaine Hunter&#8217;s two foul shots with 8:10 left.

The victory came despite Kadena not having All-Armed Forces players Carl Little and Kendric Green in the lineup due to duty commitments.