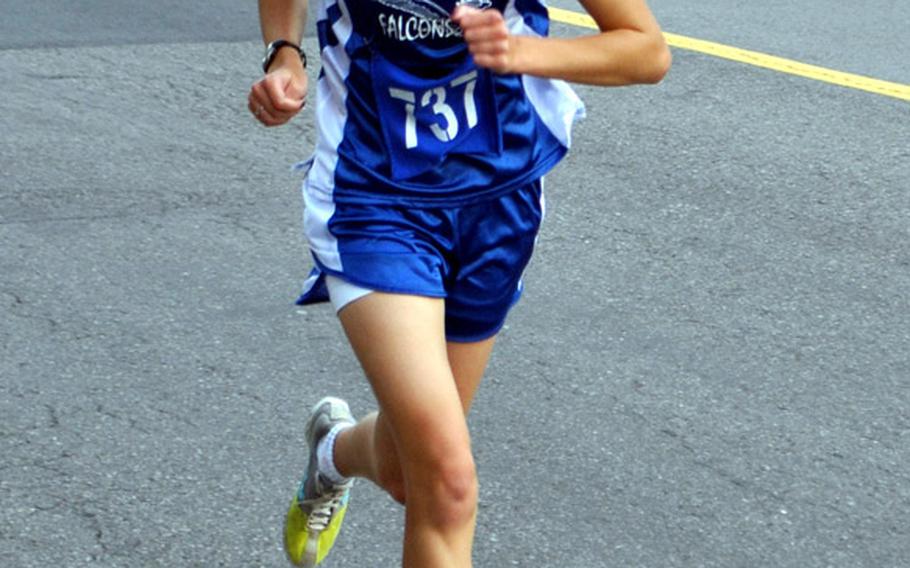 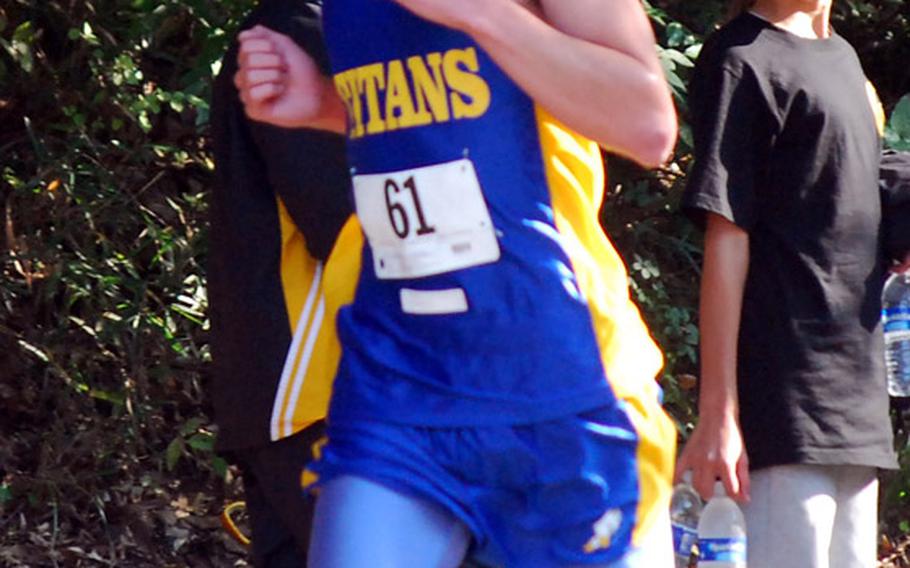 Along the street that borders the field, a girl in a blue hoodie struck a lonely figure, running steadily despite the elements. Turns out, that runner was Amanda Henderson, one of Boyd&rsquo;s top Seoul American Falcons cross-country runners.

&ldquo;I thought to myself right then and there, that she&rsquo;d be there&rdquo; at the finish of the Far East cross-country meet eight months later, &ldquo;and dog gone if she wasn&rsquo;t.&rdquo;

Henderson captured the honor by clocking a 20-minute, 12-second time on Tokyo&rsquo;s Tama Hills Recreation Center course on Nov. 8. Joining her as the Pacific&rsquo;s cross-country Players of the Year for 2010 is Kelly Langley, a St. Mary&rsquo;s International senior who won the boys 3.1-miler.

&ldquo;She&rsquo;s probably the hardest worker we have had&rdquo; at Seoul American, Boyd said. &ldquo;Obviously, the type of season she&rsquo;s had proved it.&rdquo;

&ldquo;She deserves it,&rdquo; said coach Tom McKinney of overall Far East team champion Kadena. &ldquo;She ran against the best, separated herself and come the halfway point, she took control and showed she&rsquo;ll be back even stronger next year.&rdquo;

Henderson went unbeaten in the Korean-American Interscholastic Activities Conference season, winning the league championship meet on Oct. 30 at International Christian-Uijongbu in 20:29, a second ahead of her freshman sister Pam; she then beat Pam by 15 seconds at Far East.

A week earlier, Langley became just the third runner in Tama Hills history to run a sub-15-minute time on the Kanto Plain&rsquo;s traditional 2.9-mile boys course. He won the Kanto title in 14:57.8.

&ldquo;This year, he was very serious about wanting to do well in cross country and track, and he learned how to relax more while running, and he felt he had found the missing link, the key to his success.&rdquo;

&ldquo;His focus was to dominate each division,&rdquo; McKinney said. &ldquo;He had many kids to run against, but he separated himself and showed he&rsquo;s the best.&rdquo;