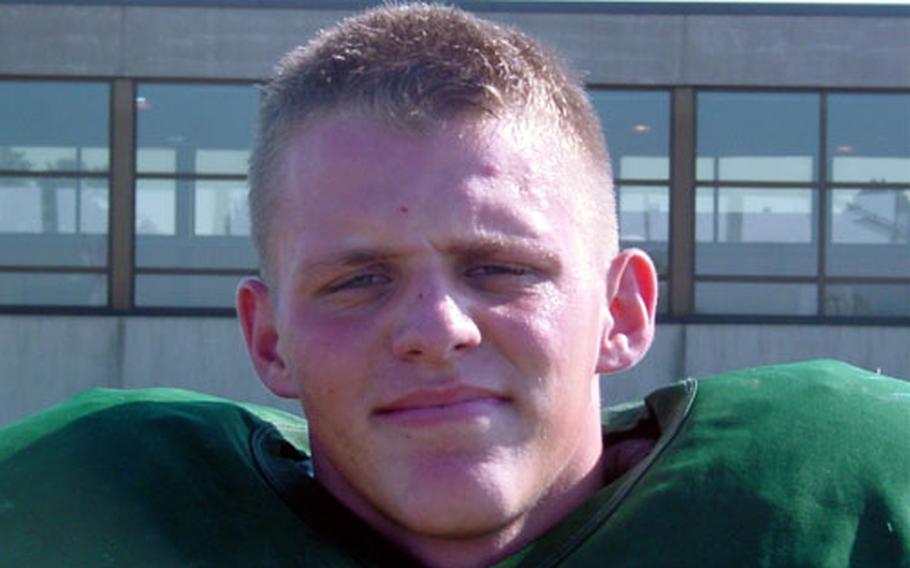 Despite being named the DODDS-Europe male athlete of the year, three-sport star Mike Ewing of Ansbach won&#8217;t be resting on his laurels.

Among his goals next year?

Ewing said he&#8217;d also like to win a European wrestling title after finishing second last year. And he said he wants to improve in the shot put and discus, where he finished third in both events.

However lofty Ewing&#8217;s goals for his senior season might sound, they reflect the work ethic that has boosted him to leadership positions on the playing field and in the classroom.

For a person whose interests embrace non-sports activities ranging from community theater to the Boy Scouts to being Ansbach&#8217;s JROTC battalion commander, the weight room might not seem like a stimulating place.

Ewing said he was surprised at being named athlete of the year.

Still, he found the choice gratifying in spite of the damage done to his stage performance.