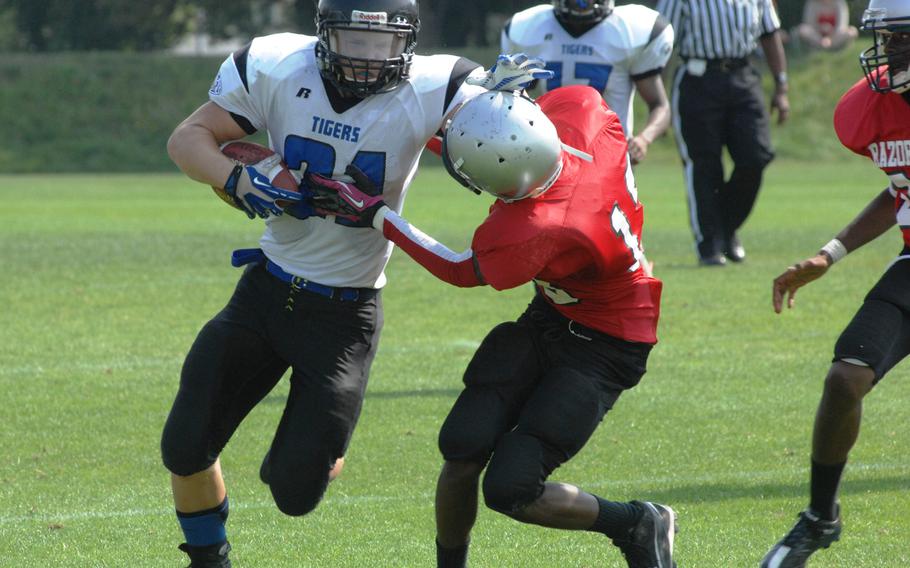 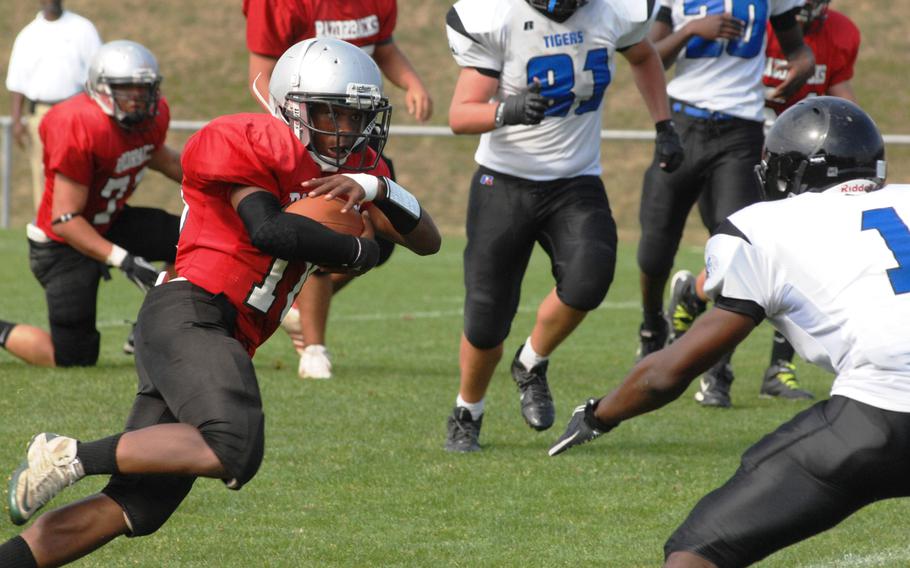 SCHWEINFURT, Germany - Hohenfels rode a rugged effort Saturday from returning All-Europe star David Vidovic to a season-opening 38-14 victory over a combined team from Schweinfurt and Bamberg. Vidovic returned the Razorbacks' second-half kickoff untouched to swing a hard-fought game decisively in the Tigers' favor. The run gave the visitors an 18-0 lead and briefly deflated the still-optimistic home team. The Razorbacks lurked within striking distance for most of the afternoon despite a thinner roster culled from Schweinfurt and nearby Bamberg, both small schools slated to close at year's end. The team came within inches of a game-changing first-half score when a fourth and goal run from the 2-yard line was ruled short. Freshman Dahmani Bascombe crossed the goal line in the third quarter to put the Razorbacks on the board. The deeper Tigers erased any remaining doubt with a late score by quarterback Clayton Pinero. Razorbacks counterpart DJ Bascombe answered with his own rushing touchdown moments later and found tight end Timo Togafau for a two-point conversion, but it came too late to prevent the outcome. Two more fourth-quarter Vidovic stomps into the end zone provided the final margin. The junior finished with four touchdowns - two rushing, one receiving, and one on special teams.He carried the ball 14 times on offense for 160 yards.