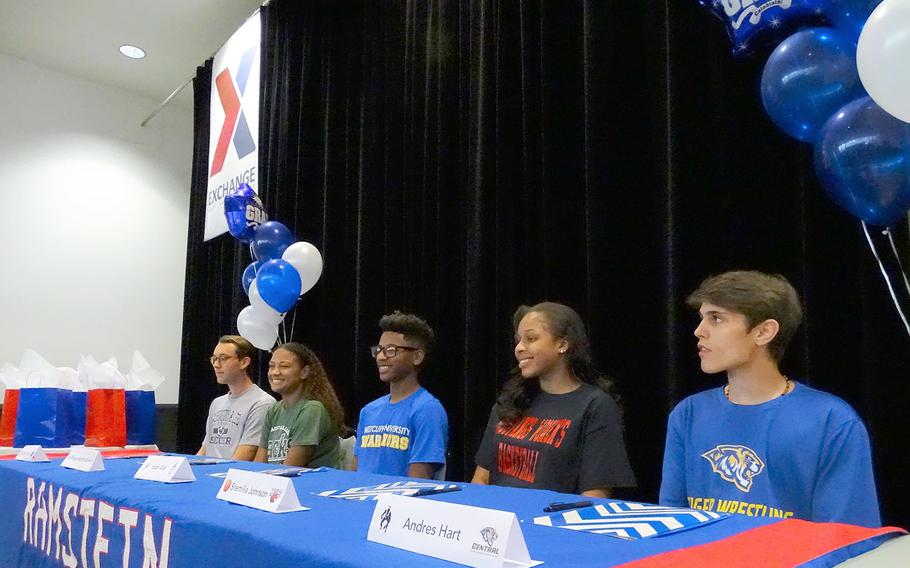 Royal runner Isaiah Allen will take to the track at Westcliff University, an NAIA program in Irvine, Calif. Allen was a member of gold-medal teams in the 4x100 relay and 1,600-meter sprint medley at the recent European championship meet.

Garrett Erickson has signed to play soccer for Washington & Lee University, an NCAA Division III outfit in Lexington, Va. The goalkeeper had long been the anchor of Ramstein’s renowned defense.

Girls basketball standout Shemilia Johnson will join Fraley at CMCC in the fall. The talented forward was a first-team All-Europe selection as a senior.

The hits keep coming for Royal baseball star Tieran Shoffner, who will sign on with New York NJCAA program Onondaga College. The All-Europe third baseman helped restore Ramstein’s baseball dynasty with a Division I championship in the spring.