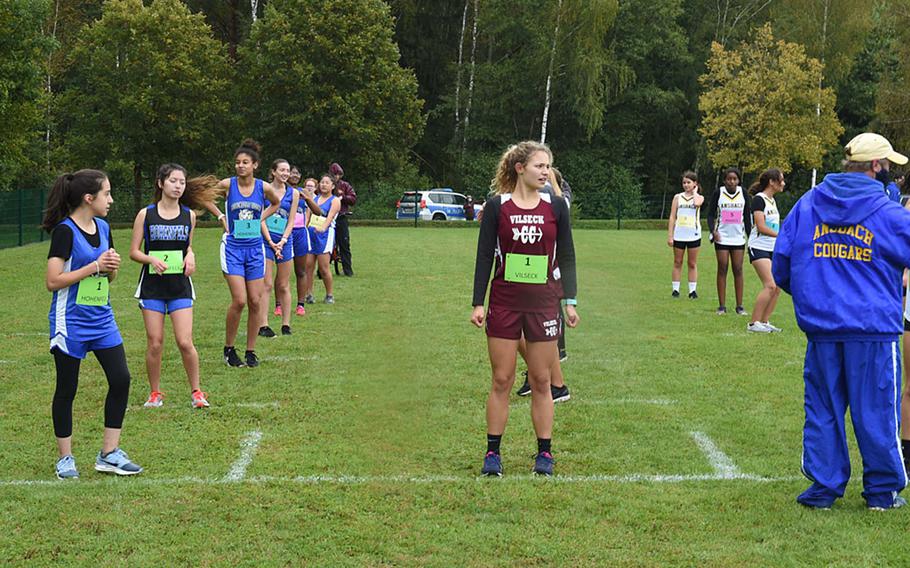 Buy Photo
Cross country runners in Germany competed in a shortened season this fall with social-distancing rules introduced. They'll have at least a virtual championship to end their season, but their tennis-playing peers won't after DODEA-Europe canceled the event Tuesday. (Immanuel Johnson/Stars and Stripes)

The recent rise in coronavirus cases in Germany has prompted DODEA-Europe officials to cancel the season-ending tennis championships that were supposed to start Thursday.

“Of course, they’re devastated,” Clemmons said of initial reaction from players and coaches.

The DODEA-Europe cross country championships could still happen Saturday since no overnight stays are needed for the event. The location has already been changed from its traditional home in Baumholder to Seewoog Park in Ramstein-Miesenbach, Ramstein’s home course.

“At this moment, the cross country championships are still on,” Clemmons said.

Clemmons said later Tuesday that at least four schools based in Germany have decided they can't participate in the event at Ramstein and a decision on the event likely would be made Wednesday morning.

Cross country runners will be participating in at least a virtual championship regardless. Schools outside of Germany haven’t been competing against each other during the abbreviated monthlong season and are still set to crown champions by running on their own base tracks and then comparing the times online.

Clemmons said the window for the virtual competition has been altered. Teams can now compete starting Saturday through Oct. 31. That takes into account factors such as bad weather or track availability on a particular day.

“100 percent, we will have the virtual championships,” Clemmons said. That’s also the case with cheerleading, where teams will perform on tape at their local bases and send in the results by Oct. 28. Judges in Germany and the United State will then review performances and select winners.

And DODEA-Europe’s newest sport, the European Athletic Fitness Games, will have a new window for its championships as well. A maximum of three teams per school (boys, girls and co-ed) can compete in the heptathlon style sport during a four-hour window between Oct. 29-Oct. 31.

The spread of the coronavirus wiped out the entire spring sports seasons in both Europe and the Pacific earlier this year before DODEA decided that traditional fall sports football and volleyball would be scrapped as well.

Basketball and wrestling won’t happen this winter, though volleyball has been reintroduced as a winter sport. Most schools in the Pacific haven’t had any competitions during the fall season and some may not play against each other at all depending on the pandemic and military postures.

Asked if there was a possibility of reviving tennis or another sport in an already crowded traditional spring sports schedule in 2021, Clemmons said it was too early to determine.

“I’m not even going to address spring sports right now,” she said. “We’ll get through this, take a few weeks off, see what the coronavirus situation is for the winter and go from there.”