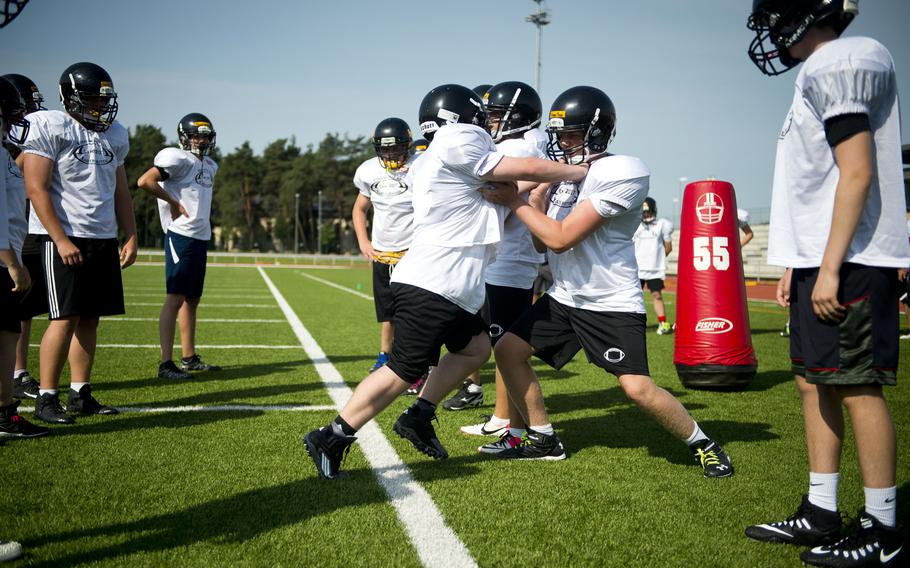 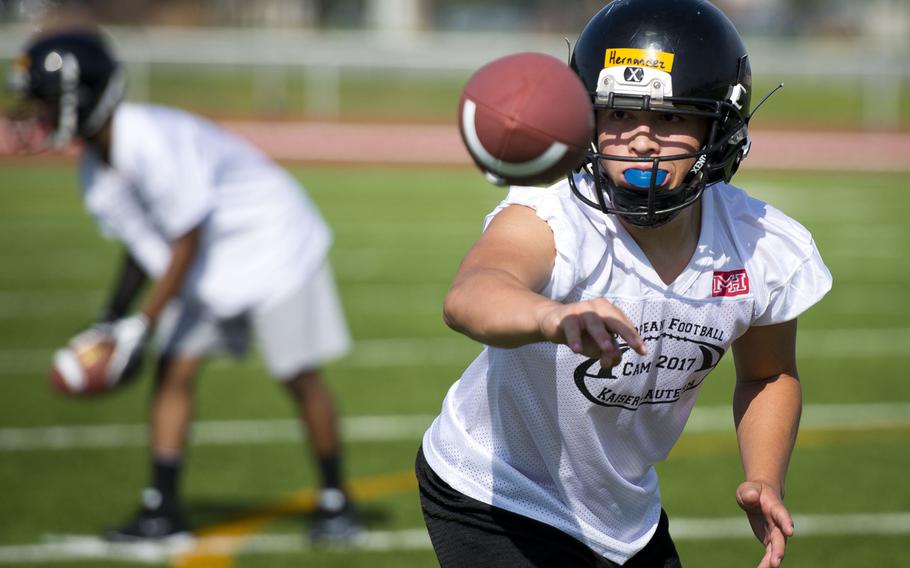 Stuttgart's Trey Hernandez passes the ball during football camp at Vogelweh, Germany, on Tuesday, Aug. 15, 2017. (Michael B. Keller/Stars and Stripes) 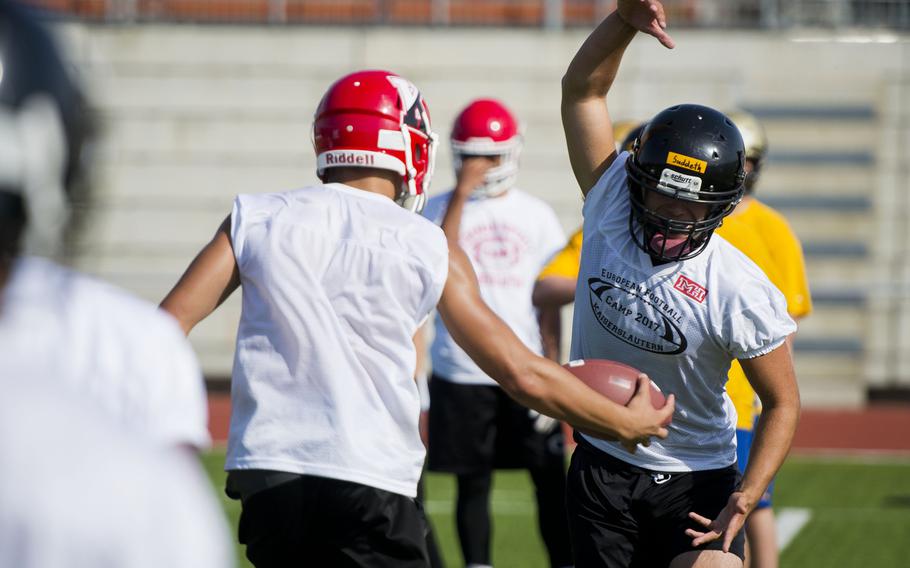 Stuttgart's Will Suddeth practices handoffs during football camp at Vogelweh, Germany, on Tuesday, Aug. 15, 2017. (Michael B. Keller/Stars and Stripes)

First in a series of DODEA-Europe high school football previews.

Well before the season’s opening kickoff, Stuttgart has already captured the attention of its DODEA-Europe Division I football adversaries.

The Panthers sent a formidable contingent of players to this year’s annual preseason football camp, held this time in Kaiserslautern. In the time since, a number of DODEA-Europe coaches have remarked about the level of talent and athleticism present in Stuttgart this fall, positioning the school as a favorite to at least claim one of the division’s four playoff spots.

And DODEA-Europe opponents know full well what the Panthers are capable of when things fall into place. It was just two years ago that Stuttgart stunned the European football world by clawing its way into the playoffs, upsetting homestanding Ramstein in the semifinals and edging Wiesbaden for the Division I championship.

There’s a lot of football between the August preseason and this November’s championship game. But the Panthers at least have the potential to reach similar heights this fall.

Stalwart head coach Bill Ratcliff returns to lead a program featuring a strong staff of seven varsity assistants and 16 returning players. Among that group are Gabe Simpson and Lisle Babcock, senior safeties who should comprise one of DODEA-Europe’s fiercest defensive secondaries. Linebacker Alex Ploechinger, lineman Jacob Puentes and running back Trey Hernandez also rank as senior leaders and on-field standouts. That group of upperclassmen will need to assimilate a lot of new additions to the lineup, and Ratcliff allowed that “chemistry might be a challenge” as the new guys find their way.

The Panthers were excluded from the 2016 playoffs despite a key midseason win over eventual European runner-up Wiesbaden. The talent on hand this year suggests a different outcome in 2017.

Stuttgart’s season can trace its origin to its memorable appearance at the preseason camp in Kaiserslautern. The Panthers will return to Kaiserslautern in the season’s opening weekend to take on the Raiders. If all goes well over the next few weeks, they might make one more trip to Kaiserslautern in November for another berth in the European title game.