Aviano shows a hint of old form to top Sigonella 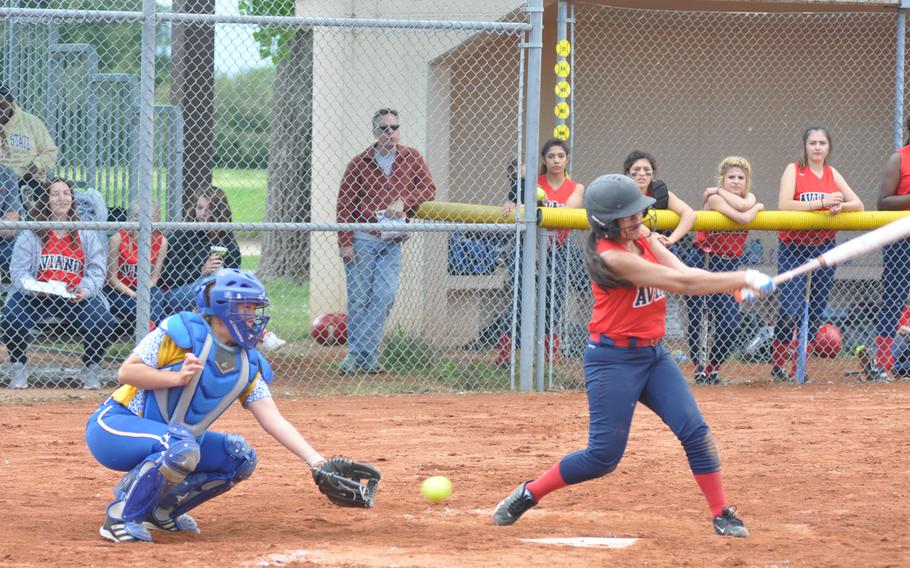 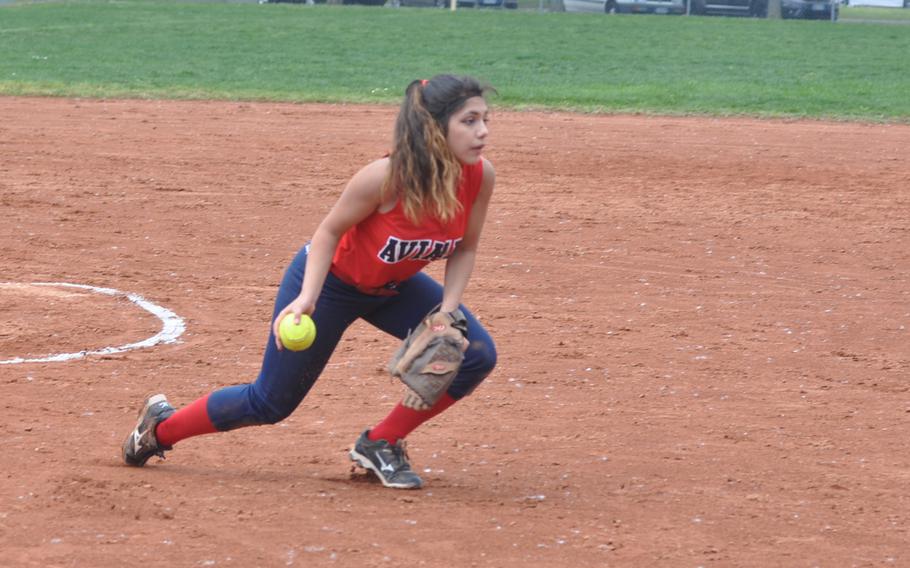 Buy Photo
Aviano pitcher Amariah Morales tosses the ball toward first after fielding it cleanly Saturday in the Saints' 12-8 victory over Sigonella. (Kent Harris/Stars and Stripes) 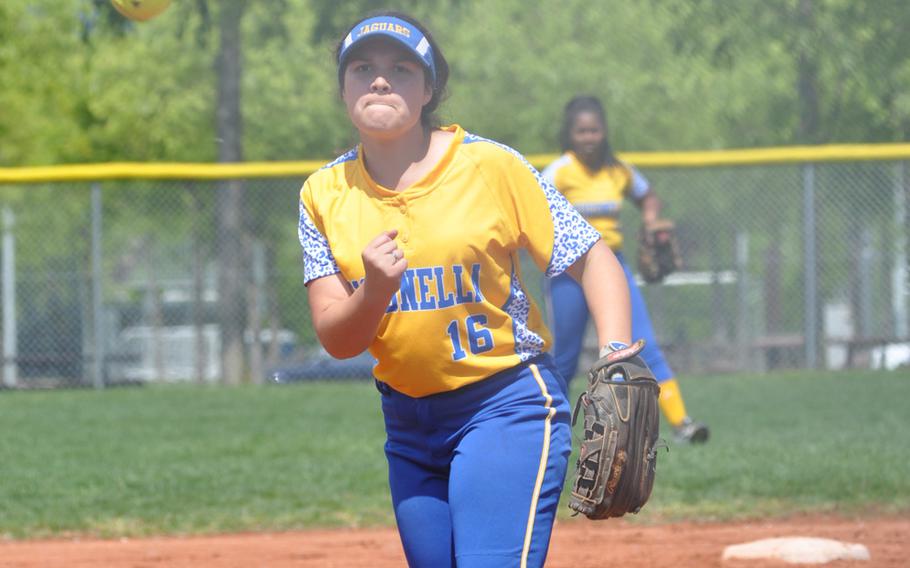 Buy Photo
Sigonella sophomore pitcher Michelle Rodriguez tosses the ball toward home in the Jaguars' 12-8 loss to Aviano in the second game of a Saturday doubleheader. (Kent Harris/Stars and Stripes) 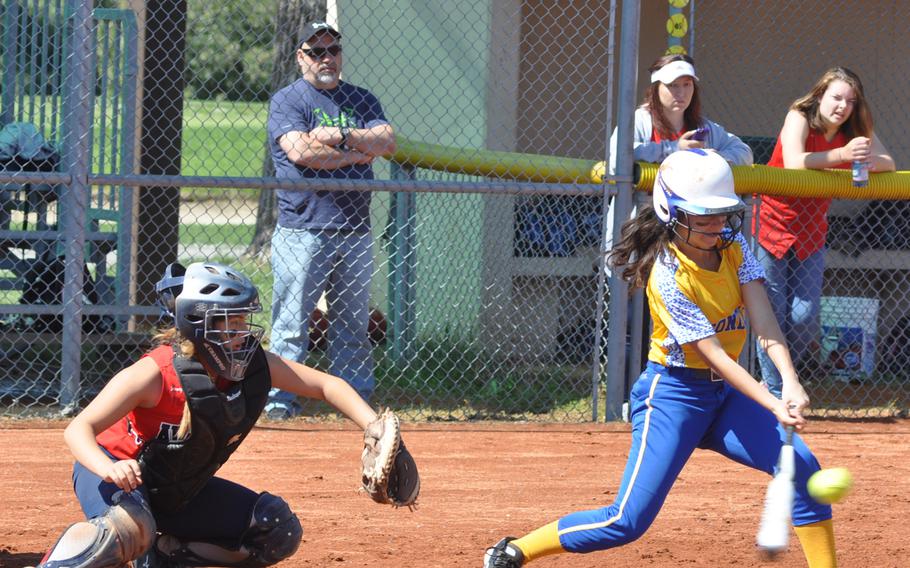 Buy Photo
Sigonella's Lindsay Parker connects with a pitch before Aviano catcher Eliana Morales can grab it in the Saints' 6-4 victory Saturday. (Kent Harris/Stars and Stripes) Buy Photo
Aviano sophomore pitcher Elizabeth Bond had a rough first inning against Sigonella - giving up four runs on five walks - but settled down to lead her team to a 6-4 victory on Saturday. (Kent Harris/Stars and Stripes)

Only two players return from last year’s squad, which took home top honors in Division II. And losses to Naples, Sigonella and Vicenza to open the season had Aviano desperate for a victory.

After that, though, signs of recent past glory started to emerge. Bond allowed only one hit and one walk the rest of the way and Aviano won 6-4. Then the Saints jumped on Sigonella early and often and held on in the second game for a 12-8 win and a sweep.

Aviano coach Brian Irizarry wasn’t about to predict a title repeat. But he liked much of what he saw.

“We’ve been playing some close games,” he said. With only two returners – and those didn’t start – there’s been a lot of moving around in the lineup and field to try to find fits, he said. “Leadership as well. That’s starting to emerge.”

Some timely hitting did, too. The Saints had only three hits in the first game – one more than Sigonella. The biggest one was Ariana Artis’ two-run single that broke a 4-4 tie in the fourth.

The Saints got as many hits (five) in the first inning of the second game as both teams had combined in the first. The first six Aviano batters scored. Eliana Morales’ two-run single in the second put Aviano on top 9-0.

Sigonella scored six times in the fifth to get within 10-7, but couldn’t get closer.

“They’ve improved a good deal since we saw them those games,” Larson said. “We knew they would. We have a little as well, though we didn’t show it today. We really don’t know anything about the other teams (at the European championships), but I think we’ll be right there.”