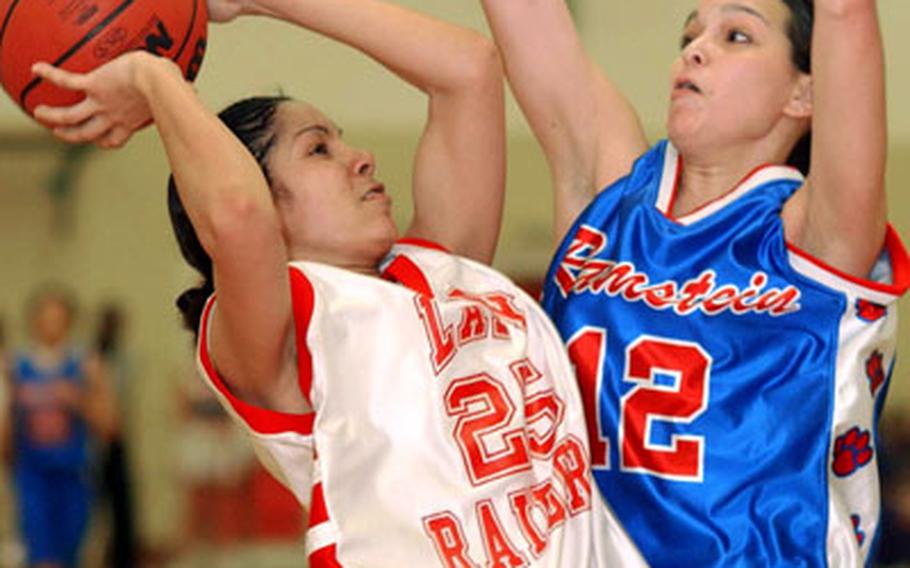 Kaiserslautern&#39;s Anisha Ingram tries to get a shot off over Ramstein&#39;s Lisa Domingo in Friday night&#39;s final of the 2006 DODDS-Europe girls Division I basketball championships at Mannheim, Germany. Kaiserslautern won, 45-20. (Michael Abrams / S&S)

Kaiserslautern&#39;s Anisha Ingram tries to get a shot off over Ramstein&#39;s Lisa Domingo in Friday night&#39;s final of the 2006 DODDS-Europe girls Division I basketball championships at Mannheim, Germany. Kaiserslautern won, 45-20. (Michael Abrams / S&S) 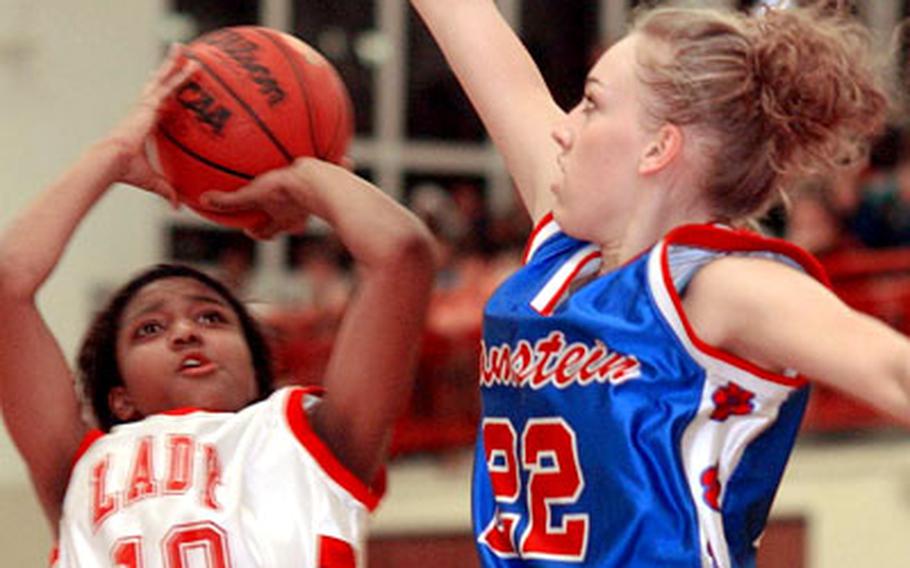 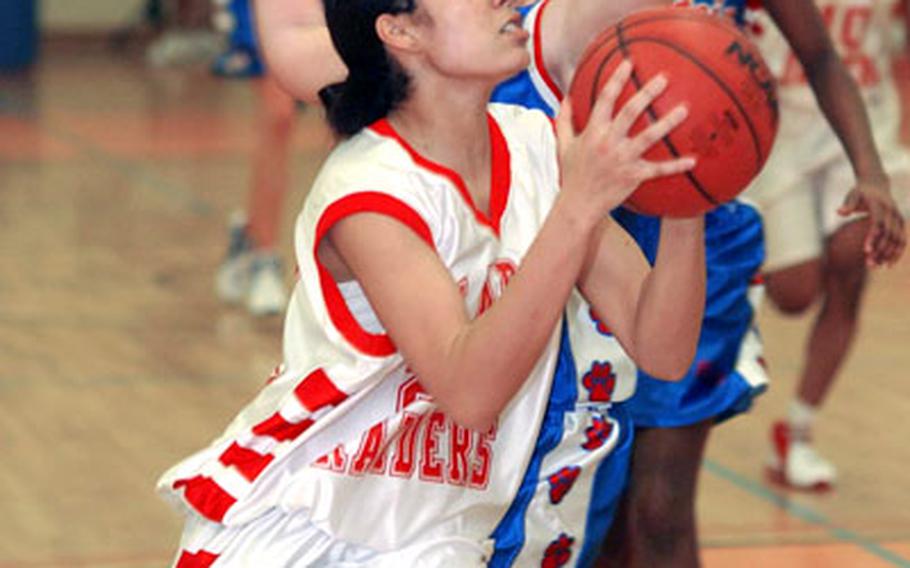 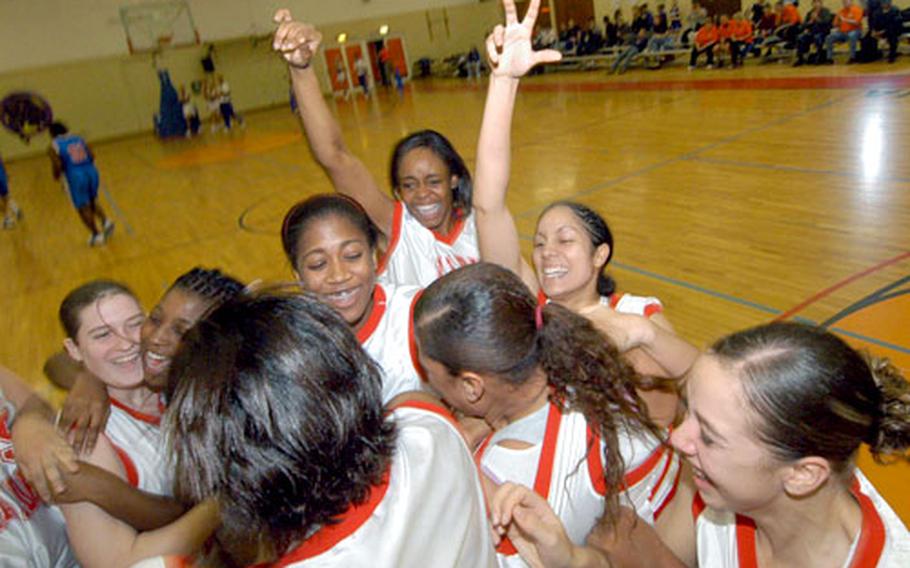 MANNHEIM, Germany &#8212; Last year, the Kaiserslautern Lady Raiders lost the basketball championship to their crosstown rivals by one point.

Lynndsey Hyter scored 13 points Friday as the Lady Raiders sped to an early lead and never looked back, beating Ramstein 45-20 to capture the DODDS-Europe Division I crown.

Revenge against Ramstein was in the back of the Lady Raiders&#8217; minds at the start of the season, according to Kaiserslautern senior Dupe Babatunde. But the Royals were only one rival, she said, on the road to perfection.

On the strength of a stifling defense and high-speed offense, the Lady Raiders sped to a 22-8 halftime lead. Ramstein, which had battled its way from the fourth seed to the title game, knew winning wouldn&#8217;t be easy.

Ramstein&#8217;s Kendra Lenoir got the job of shutting down Kamiko Williams and held the freshman star to seven points. But the Lady Raiders had too many other weapons as eight players scored.

Early in the third quarter, the Lady Raiders forced four straight turnovers, mostly steals, leading to fast-break layups or free throws. Guard Anisha Ingram made two of the steals, and another to open the fourth quarter, when she was fouled on the fast break and made two free throws, stretching the lead to 37-16.

The Lady Raiders started emptying their bench midway through the fourth quarter. At the final buzzer, the Lady Raiders and their cheerleaders ran onto the court and piled into one another, jumping and screaming in a big ball of red and white as though someone had just sank a buzzer-beater for the victory.