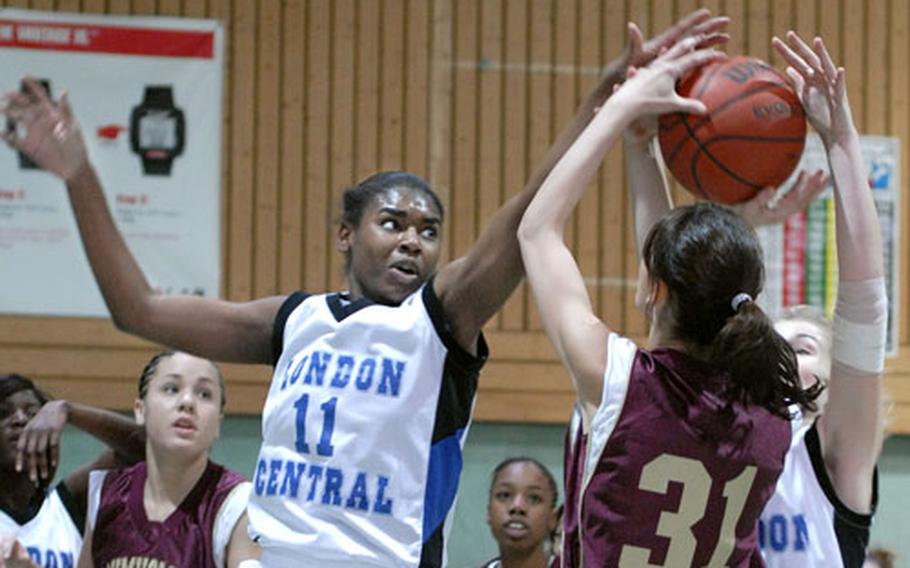 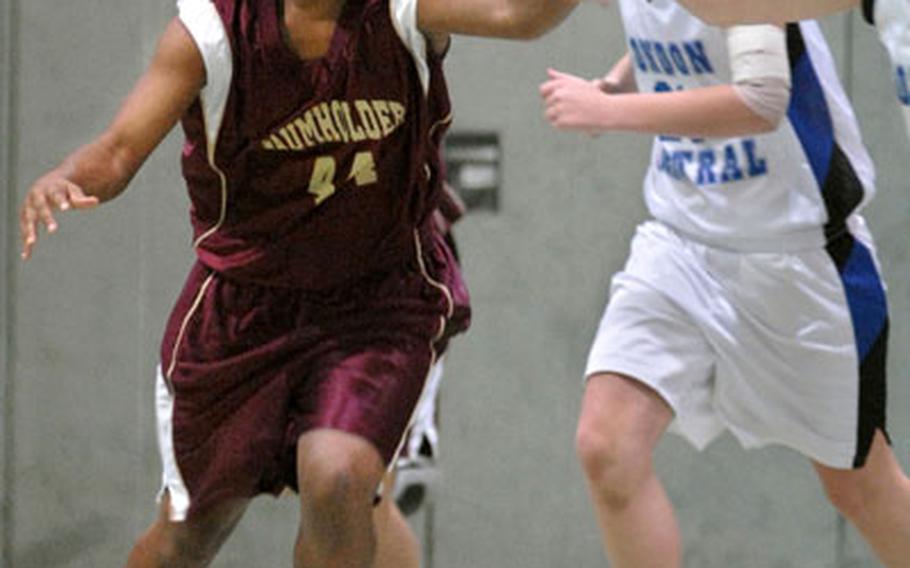 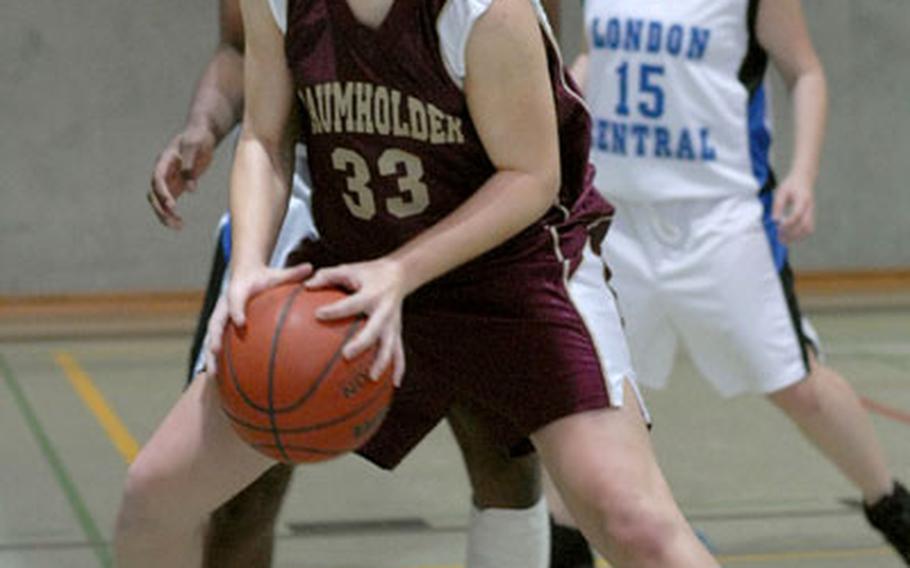 At Vicenza, Italy, Chakeira Gilbert led the Lady Cougars to a sweep of defending European Division III champion Sigonella on Friday and Saturday.

Gilbert made four three-pointers on Friday in a 39-point outing that helped Vicenza to a 53-25 victory. She came back in Saturday&#8217;s American Schools in Italy League conference matchup to again sink four threes in a 25-point performance that fueled a 39-17 victory.

Tyler Rivers also found the range with the three-ball, sinking two each night in 10- and 12-point performances as the Lady Cougars upped their league record to 2-0 going into the holiday break.

Gilbert has scored 132 points in four games this season &#8212; a 33-point average &#8212; two each against the American Overseas School of Rome and Sigonella.

Sigonella, which got double-figure scoring from Jessica Bagley in both games, fell to 0-4 overall and 0-2 in ASIL play.

It was the first loss of the season for Brussels (4-1). The Lady Brigands go into the break tied with Menwith Hill for the III-North lead at 1-1.

Hanau 48, Ansbach 28: On Saturday at Ansbach, Faye Oloi scored 16 points and pulled down 10 rebounds as the Panthers evened their record at 2-2 and forged a two-game lead in the III-South conference race.

Ramstein 58, Kaiserslautern 49: On Friday at Kaiserslautern, Kendra Lenoir registered 17 points and 12 rebounds, and Kaylen Bannister added 12 points and 11 rebounds as the Lady Royals remained unbeaten with a nonconference victory over the defending European Division I champions.

Ramstein (4-0) led 41-39 going into the final quarter, but the Lady Royals, who got 12 points from Crystal Richardson, outscored Kaiserslautern 17-10 in the quarter to put the game away.

The loss was the first of the season for K-town (3-1), which got 14 points from Brittany Smith.

Naples 56, AOSR 15: On Saturday at Naples, the Lady Wildcats matched the unbeaten record of their male counterparts with a courtesy-rule victory over the American Overseas School of Rome.