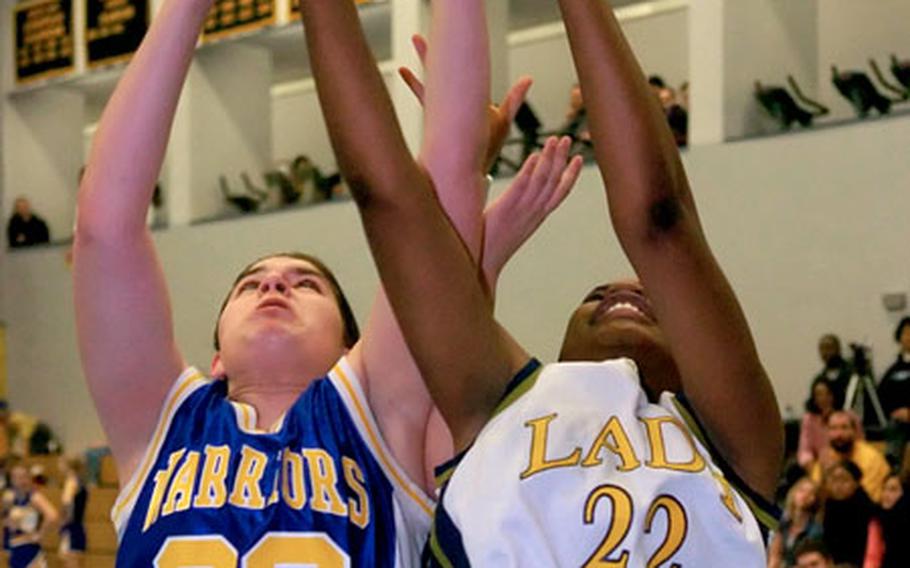 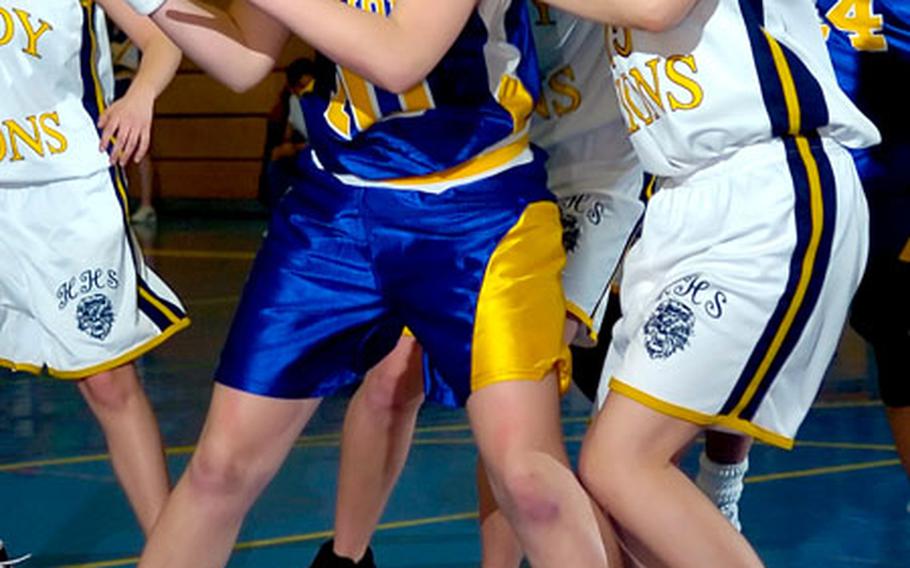 In a matchup of Italy&#8217;s girls basketball powerhouses, Naples defeated Sigonella twice this weekend to capture the American Schools in Italy crown.

Senior Michelle Aguila, Naples&#8217; team leader, again contributed in several phases of the game. On Saturday, she had seven assists, six rebounds and three steals while junior Mikal Willmer had a team-high 18 points.

On Friday, Aguila had five assists while leaving the bulk of the scoring to Michelle Brown (11 points) and Renna Damon (10 points).

Naples will compete against Division II teams in the DODDS European championships, which are scheduled to start Wednesday in Mannheim, Germany. Sigonella will play against D-III schools.

Hanau secured third place in Division II with victories at SHAPE and Brussels this weekend.

Hanau (10-4) handed SHAPE its third straight loss on Friday, winning 39-25. Hanau then sent Division III Brussels to its sixth straight defeat on Saturday. That game ended 53-13 midway through the fourth quarter when the 40-point mercy rule was applied.

As usual, Hanau was led by senior Katisha Fauntleroy, who scored 24 points against SHAPE and 14 against Brussels. Junior Kyri Bye-Nagel had 12 points on Friday and 14 on Saturday.

Ansbach easily won its 31st straight game but was denied a chance for No. 32 when Saturday&#8217;s game against Bamberg was snowed out.

Ansbach, which beat visiting Bamberg 46-26 on Friday, enters the Division III playoffs as the favorite to win the title.

Alex Steele is a Stars and Stripes sports clerk.