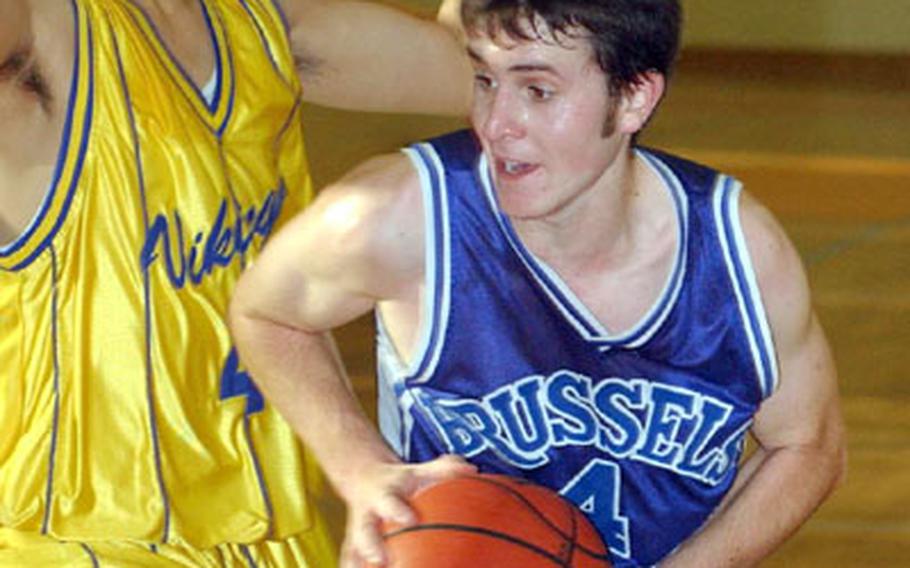 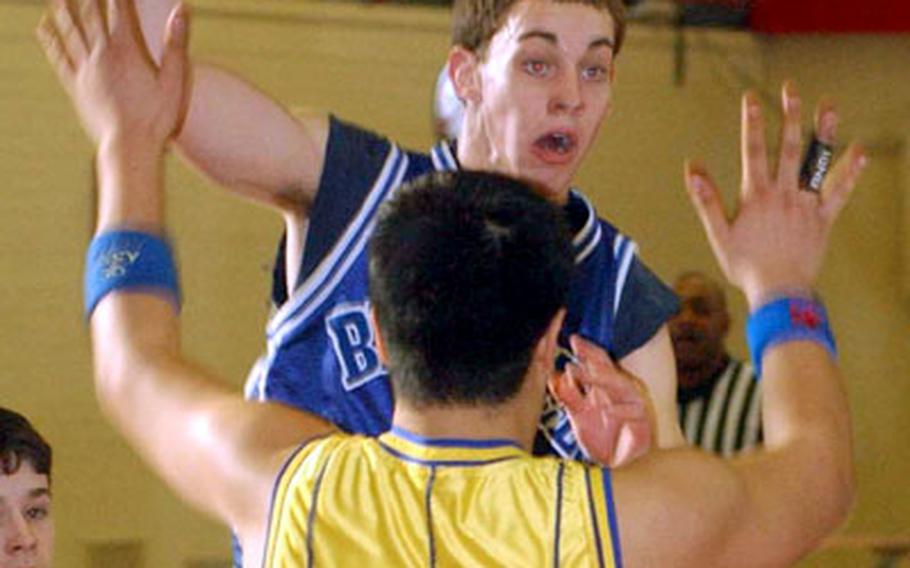 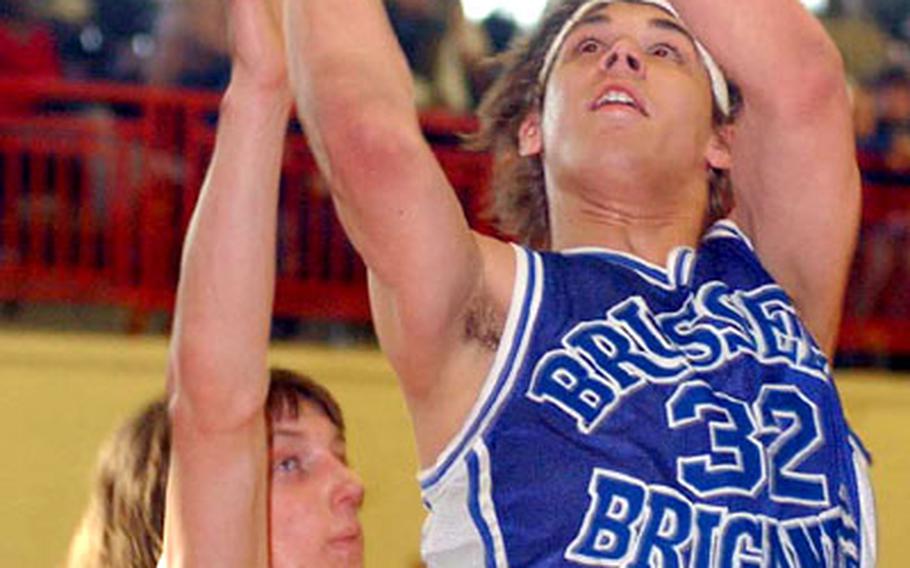 Matt Arens of Brussels gets past Iceland&#39;s Scott Barclay for a basket. (Michael Abrams / S&S)

&#8220;He told the team that everyone would go out for the introductions, but that these five earned the right to play the whole game. They were the team that started the year together and he wanted them to finish the season together.&#8221;

Even with the game well in hand, Brussels&#8217; starters worked well for the entire game, finding the open man and controlling the glass. Brussels&#8217; sixth-man, Brandon Pierce, didn&#8217;t enter the game until the fourth quarter, the only Brigand non-starter to get on the floor.

Anthony Short, selected to the all-tourney team along with teammate Brent Bautista, led Iceland with 10 points.

Even after 32 minutes without a breather, the Brigands, who placed second to London Central during the regular season in Division III-North, were happy to accept the trophy awarded to the first boys champions of Europe&#8217;s smallest schools. Division IV, which came into existence this year, is contested only in the Europeans.

The Division II and III boys and girls title games are scheduled for 1, 3, 5 and 7 p.m. Saturday at the Benjamin Franklin Village Sports Arena here. Admission to all four games is $5 for adults and $3 for students.