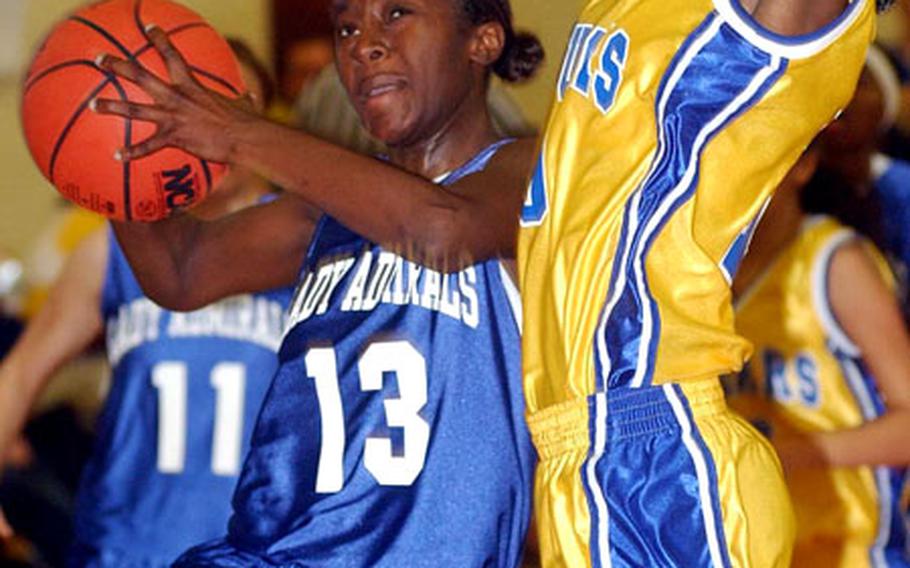 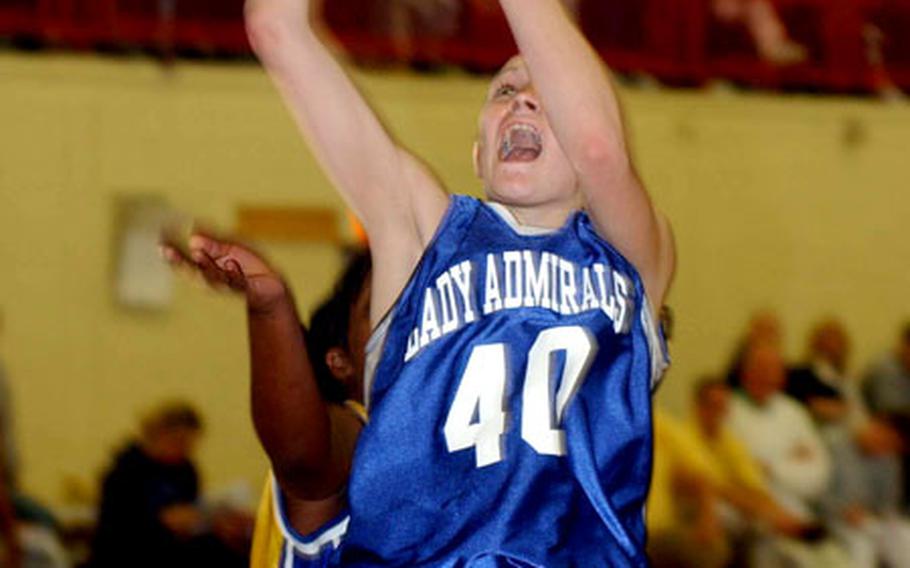 Rota&#39;s Meagan Smithyman shoots after getting past an Ansbach defender in the girls Division III championship game. (Michael Abrams / S&S) 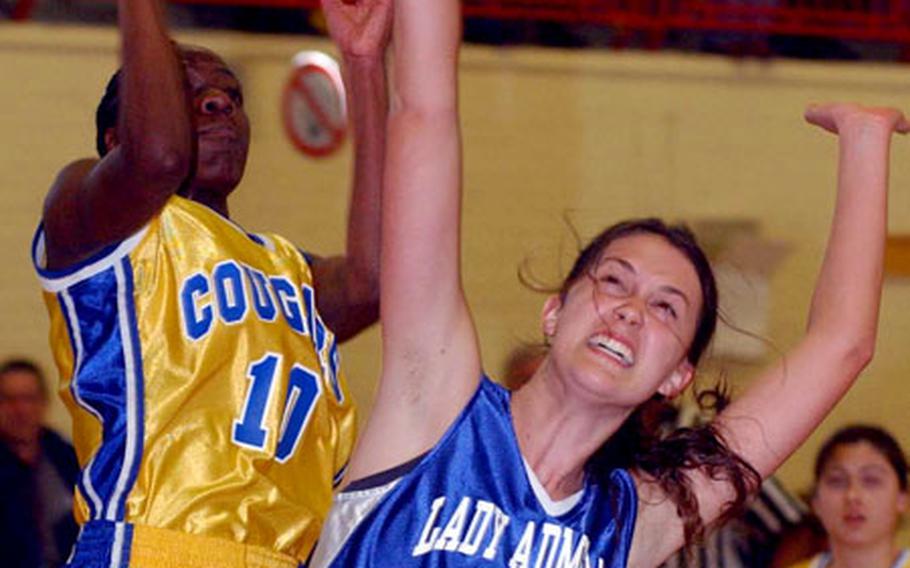 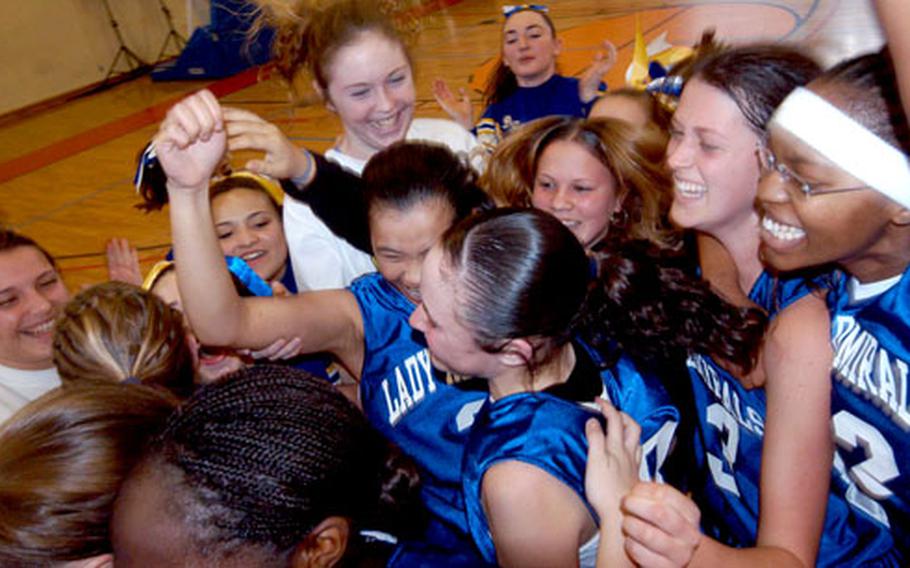 This season, the girls basketball team from Rota, Spain, played two games against an international school from Morocco and four against the women&#8217;s team on base. They won them all. Jacobs even took on a visiting Navy team fresh off the boat.

The Lady Admirals beat Ansbach 41-33 on Saturday to capture the Division III girls basketball title. The victory dethroned the defending champs and snapped Ansbach&#8217;s 33-game winning streak, one game shy of the record Kaiserslautern established from 1998 to 2000.

&#8220;The best challenge we had all year was this team,&#8221; said Ansbach senior Keke Johnson, who had nothing but praise for Rota.

Except for a few brief moments in the first half, Rota led the entire game. Leading the way, as she did for much of the tournament, was guard Samerria Crowder, who scored 13 points and grabbed 12 rebounds.

Crowder made the shot of the game in the waning seconds of the first quarter. The senior dribbled out of Rota&#8217;s end of the court, pulled up from about 25 feet and hit a three-point basket to give Rota a 15-8 lead.

Ansbach chipped away at Rota&#8217;s lead in the second quarter. The Lady Cougars grabbed a one-point lead twice in the final minutes of the first half before another late Crowder basket gave Rota a 25-24 lead at the break.

Ansbach managed only nine points in the second half.

Crowder, center Kerry Yudiski and reserve Meagan Smithyman played major roles in helping Rota pull away. Yudiski was a constant presence in the paint on both ends, while Smithyman had six points and eight rebounds.