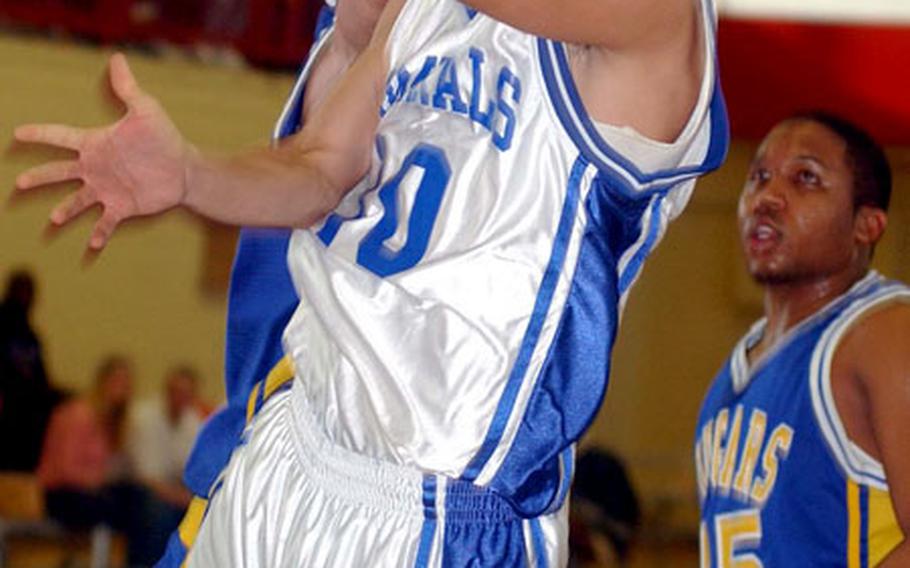 Rota&#39;s Gilbert Mendez goes up for a basket as Ansbach&#39;s Tyler Sherman tries to stop him during Rota&#39;s 51-26 victory in the DODDS-Europe Division III boys championship game. (Michael Abrams / S&S)

Rota&#39;s Gilbert Mendez goes up for a basket as Ansbach&#39;s Tyler Sherman tries to stop him during Rota&#39;s 51-26 victory in the DODDS-Europe Division III boys championship game. (Michael Abrams / S&S) 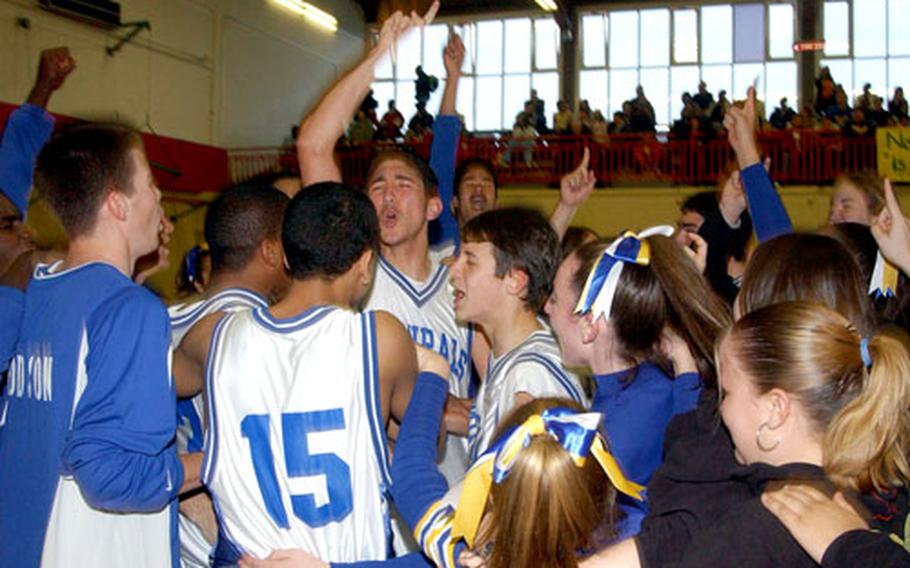 Led by 19 points &#8212; 12 on three-point shots &#8212; from 2003 European golf champion Gilbert Mendez and 11 from golfing partner Jason Allard, the Admirals responded to a 6-0 deficit with a 16-0 run over the next five minutes. According to Allard, it was an unusual situation for Rota.

The Admirals were ahead largely as the result of seven first-quarter turnovers by Ansbach. For the game, Rota forced 18 turnovers and committed only eight.

Also unusual is that Rota plays few DODDS teams during the regular season. But the Admirals still get plenty of time playing together, mainly against Spanish club teams and on-base teams.

Contributing to their success on Saturday was the early exit of Ansbach&#8217;s Russell Bailey, an All-European who&#8217;s one of the most feared players in DODDS.

Bailey picked up his fourth foul midway through the second quarter after scoring only two points, and did not return until the beginning of the fourth quarter, when Rota was up by 13. Despite all his bench time, Bailey led Ansbach with 10 points, eight in the final eight minutes.

Ansbach enjoyed a 33-17 rebounding edge, but the Cougars were able to convert just six of 14 offensive rebounds into baskets. Mendez was responsible for three of the misfires, sneaking behind Ansbach&#8217;s 6-foot-5 Tyler Sherman to block put-back tries.