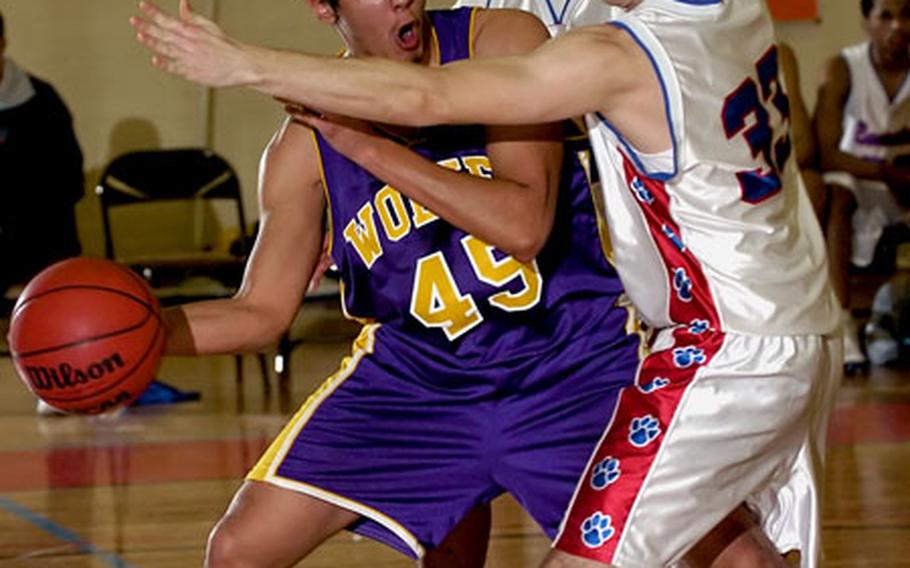 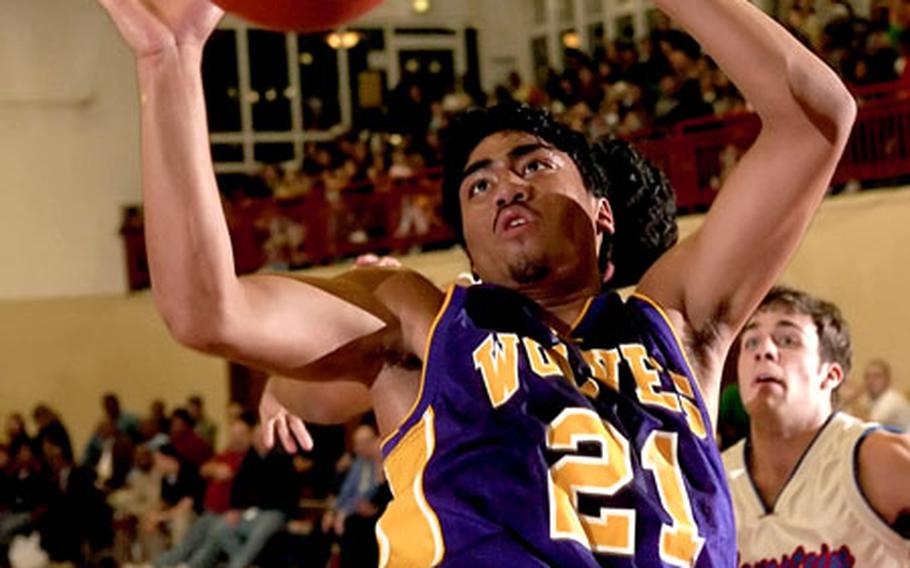 MANNHEIM, Germany &#8212; In the final seconds of a tightly contested championship game, one would think a player is supposed to clear his mind when approaching the foul line.

The senior center swished both shots to hand fifth-seeded W&#252;rzburg a 41-40 victory over second-seeded Ramstein in the European Division I boys basketball title game. The victory made the Wolves the first team other than Heidelberg to win the D-I crown in six years.

The decisive shots were the exclamation point to the heroics Mena displayed all night in holding Ramstein&#8217;s Brennon Relaford to a six points. The decisive foul came as Mena was rebounding a missed free throw by Relaford with 15 seconds left in the game.

On Friday, he was always close to Relaford. Despite a 3-inch height advantage over Mena, the 6-foot-5 Relaford, who scored 18 points Thursday in a 60-58 overtime victory over Kaiserslautern, was unable to get his trademark putbacks and tip-ins to fall.

Thanks to Mena and every other Wolf within range of Ramstein&#8217;s big man.

The Wolves leaned Mena even more after all-tourney player Soo Soo Taulelei injured his wrist late in the third period and spark plug guard Daniel Henry fouled out with 1:14 left.

According to Archie, W&#252;rzburg responded the way it had throughout the tournament.

Ramstein, which got a team-high 13 points from all-tourney guard Allen Weaver, rallied from a pair of seven-point deficits in the fourth quarter to take a 40-39 lead with 1:26 left on Whitney McCloud&#8217;s three-pointer. But the Royals could get nothing else to drop.