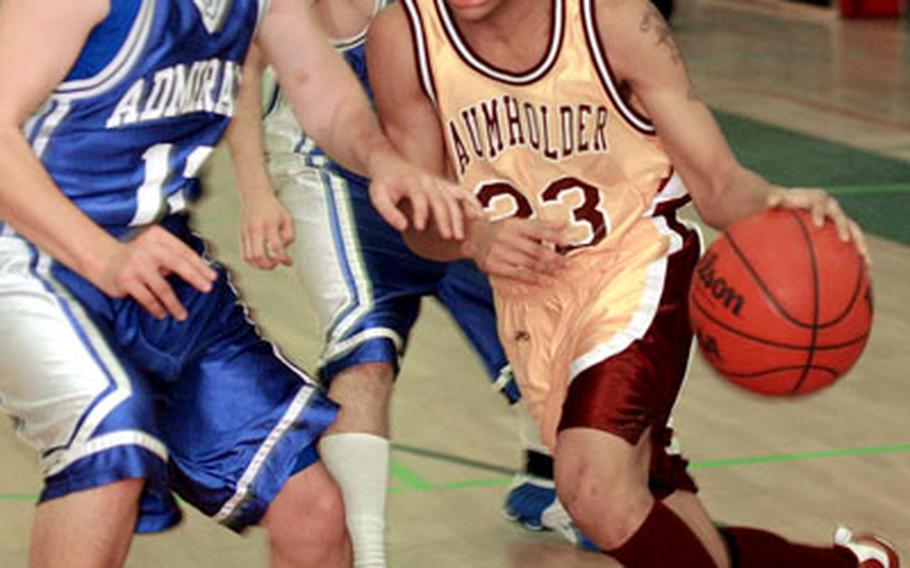 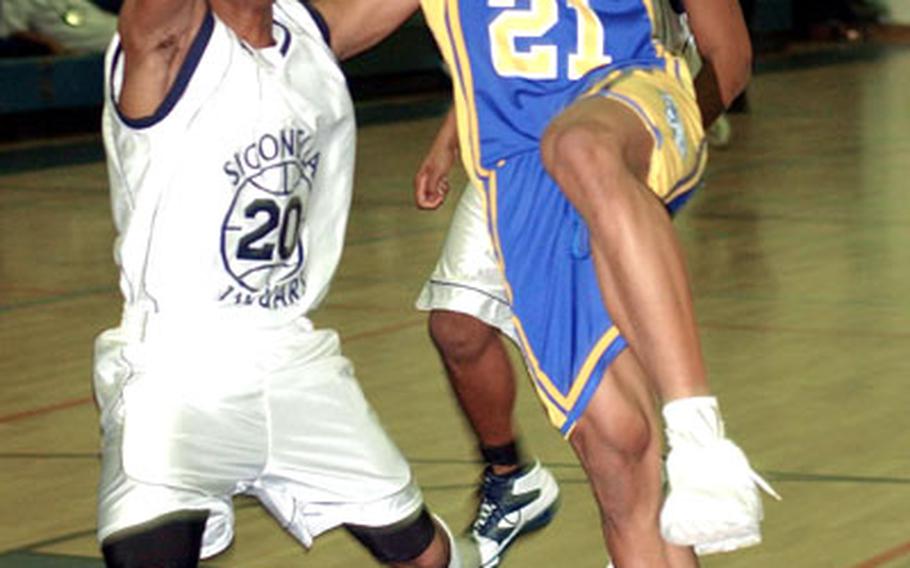 For Bitburg, seeded sixth out of the 10 D-2 teams playing here despite a 12-2 regular-season record, Thursday&#8217;s objective was earning respect.

Charles Whatley made sure the Barons would make the paper this time, scoring 22 points and handing out 10 assists in a contest that Vilseck led for the last time with three minutes to play in the opening period

Alex Hodges added 17 points, and Hardy and Josh Collett scored 10 points and grabbed eight rebounds each for Bitburg, which was to take on two-time defending champ Hanau in one of Thursday&#8217;s late pool-play games. Win or lose, Bitburg ensured itself of a spot in Friday afternoon&#8217;s D-2 semifinals.

Aviano will be there, too, after a 56-43 victory over Black Forest Academy.

Aviano won all 13 of its regular-season games by double-digit margins, but BFA threatened to end that with a 19-10 run over the first 9:54 of the second half.

In the other tournaments at Heidelberg and in Mannheim:

Division I: Defending champion W&#252;rzburg won its pool and nailed down the final spot in Thursday night&#8217;s D-1 semifinals with a 58-35 victory over International School of Brussels.

W&#252;rzburg was to take on Ramstein, while top-seeded Wiesbaden, which beat Heidelberg to eliminate the Lions by point differential, was to play Kaiserslautern in Thursday&#8217;s D-1 final four. The winners will play for the crown at 7:45 p.m. Friday.

In other games, Baumholder whacked No. 9 American Overseas School of Rome 54-29, then defeated defending champion Rota 54-33 and second-seeded London Central escaped No. 8 Vicenza 53-51.

Division IV: Giessen claimed a 56-20 victory over out-manned Brussels. The Brigands were seeded fourth before disciplinary problems forced coach Chris Vahrenhorst to dismiss five players &#8212; four of them starters &#8212; from the squad before the tournament began. Brussels could field only five players in its four tourney games.

Numbers, however, seemed not to bother the surviving Brigands. They stood their ground and took charges as though the tournament were on the line during their loss to Giessen. Giessen moved into Friday&#8217;s 9 a.m. semifinals. The D-4 title game is scheduled for 4:15 p.m. Friday.

Scores and schedulesMANNHEIM, Germany &#8212; Results from the DODDS-Europe basketball championships. Final games in Divisions I and IV are scheduled for Friday, and in Divisions II and III are scheduled for Saturday. Tickets for Friday&#8217;s and Saturday&#8217;s games at all venues are $5 for adults and $3 for students. Pool-play games are four seven-minute periods: