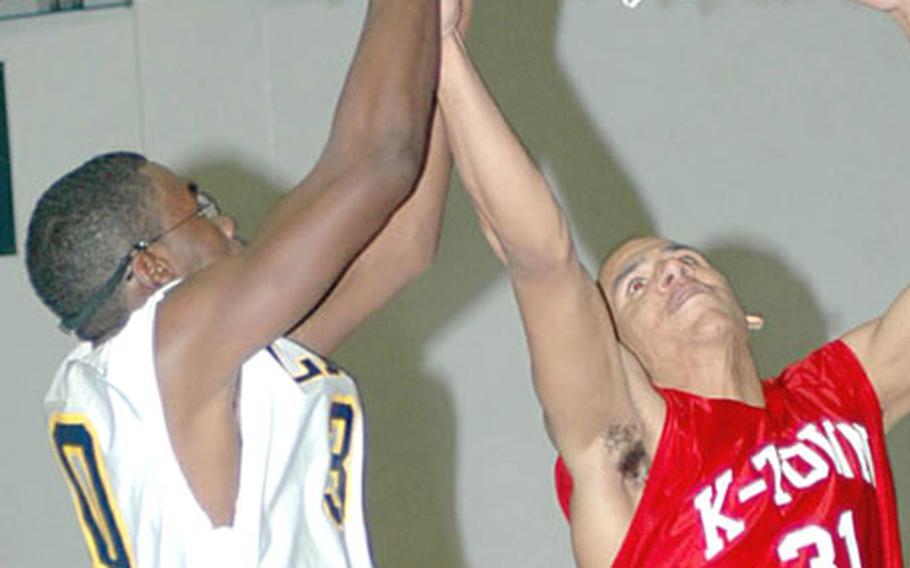 Shelton, who scored 25 points with nine rebounds and five steals in Friday&#8217;s 54-30 home victory over another club team, was one of four Admirals in double-figures on Saturday. Alan Dowden, who had five steals, scored 17; Zach Collins 12; and Tyrell Boddie 10 to go with his 10 rebounds.

Rota (3-0) led 28-19 after the first period, before Gymnastica cut the gap to five at halftime. A 25-point third quarter and 23 in the fourth put the Spaniards away.

In other boys games on Friday and Saturday:

W&#252;rzburg 45, Hohenfels 42: W&#252;rzburg, the defending European Division I champ now playing in D-II, got 18 points and 19 rebounds from Jamal Caldwell for the home victory against the Division III Tigers.

Kaiserslautern 41, Heidelberg 38: At Heidelberg, Jeremy Marshall and Mike Morger scored 13 and 12 points, respectively, in a nonconference game between Division I schools.

Aviano 55, AOSR 46: At Aviano, Andre Dean scored 21 points, and Chris Carthon posted nine points and 14 rebounds as the Saints rebounded from a slow start against American Overseas School of Rome.