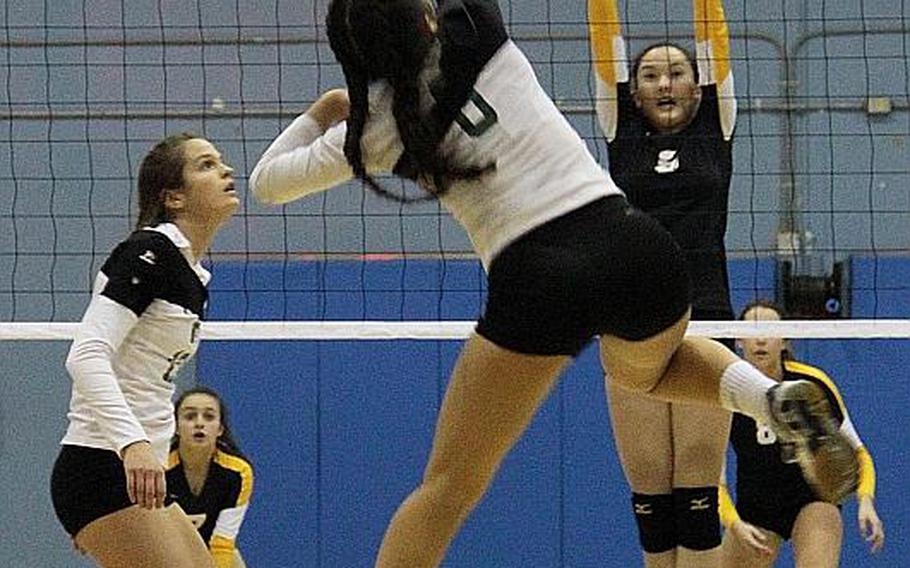 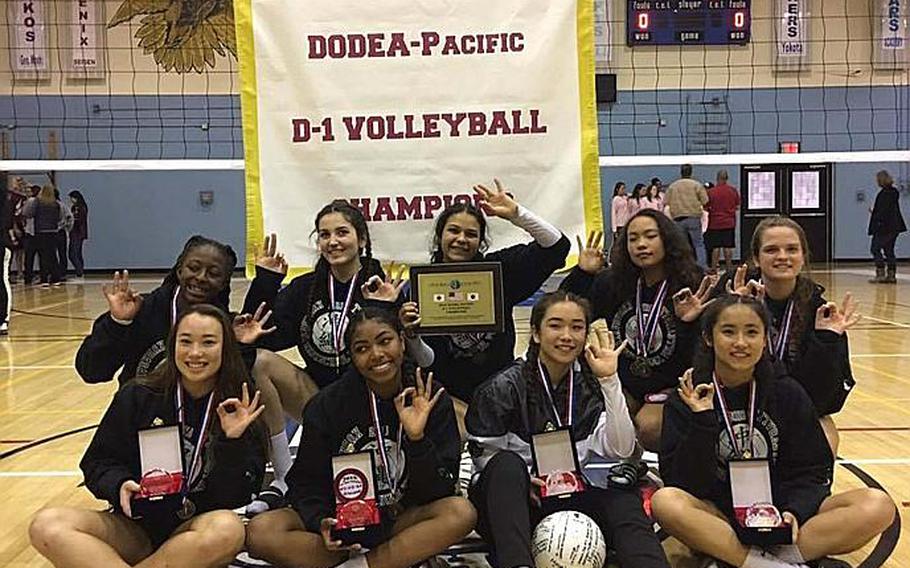 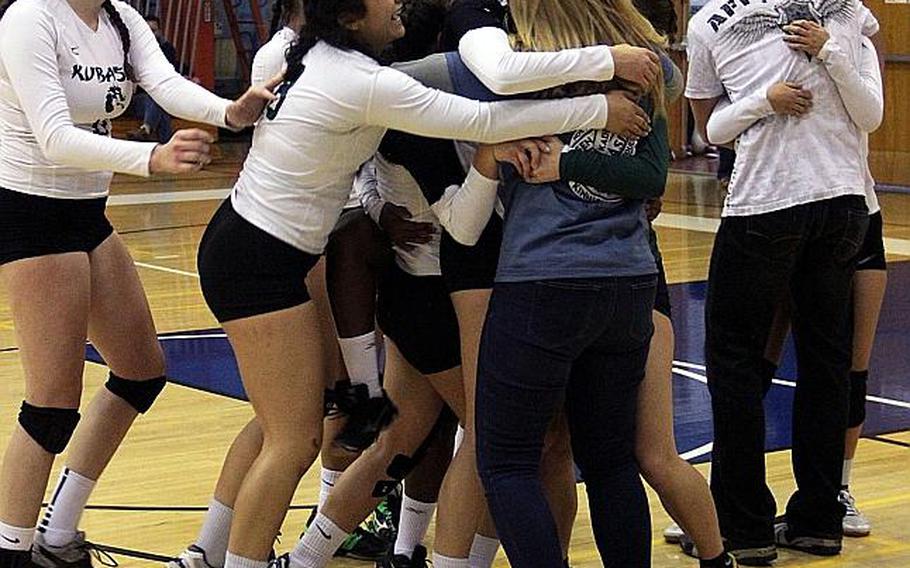 Kubasaki players celebrate their third striaght title in the Far East Division I volleyball tournament. The Dragons are the only DODEA team to win three straight Far East volleyball titles. American School In Japan, titlists from 2011-13, lost to Kubasaki all three times. (Stephanie Schofield/Special to Stars and Stripes) 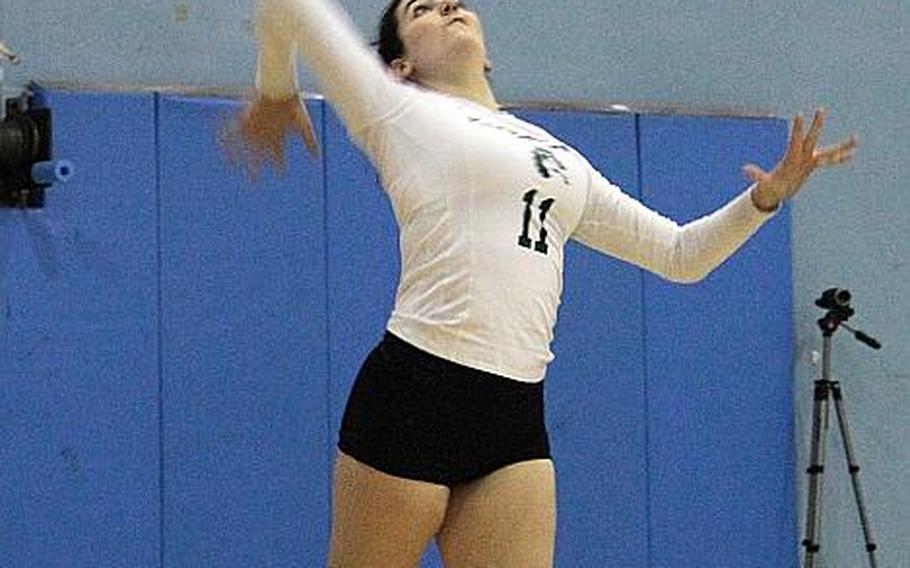 Kubasaki's Donatella Barone serves against American School In Japan, in the Dragons' third straight title in the Far East Division I tournament victory. (Stephanie Schofield/Special to Stars and Stripes)

“Overjoyed,” said senior Jordyn Deleon Guerrero, the tournament’s two-time Best Defender. “For my senior year, this was the icing on the cake. I couldn’t be happier.”

“It’s so great to win three in a row,” said Larry, who preceded Guerrero in 2014 as Best Defender. “That was our goal the whole season. I’m so happy we made it this far.”

The Dragons had the Mustangs on the ropes, up two sets to none in last month’s American School In Japan/YUJO volleyball tournament final, only to let the Mustangs off the hook.

Kubasaki finished the season with two losses - their first to island-rival Kadena since 2011 and that YUJO final in five sets - en route to becoming the first DODEA team to win three straight Far East titles.

The Mustangs, D-I champions from 2011-13, lost for the third straight time in the finals, all to Kubasaki. ASIJ entered the D-I tournament unbeaten, having won the Kanto Plain regular-season title, but lost three times in Far East, twice to Kubasaki.

“Everybody bought into the program, everybody had their role, they came together early, the never gave up and the YUJO tournament was an example. They hit the floor for everything. They just came up short today,” Hoskins said.

Watching a two-set lead evaporate at ASIJ last month provided the spark that the Dragons needed, coach Mike Hogen said. “We have a young team this year and the young kids needed that sort of arena to experience the stress and pressure,” Hogen said.

He called the YUJO final a “critical point” that “kept everybody hungry. We realized it was not like we were going to win every match, that we’re going to lose sometimes,” Hogen said. “It kept them resilient and committed to accept the process and they bought into it.”

The Dragons did not lose a match the rest of the season - closing their four-match season series against Kadena with a three-set sweep - and rolled through the competition at Far East without dropping a set.