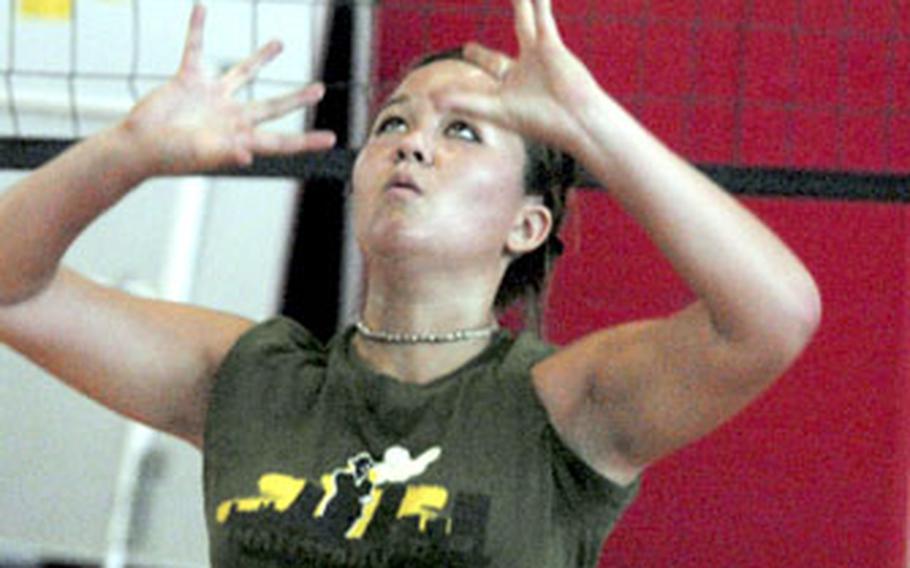 YONGSAN GARRISON, South Korea &#8212; Very rarely in his 27 years at the helm of the Seoul American Falcons volleyball team has coach Denny Hilgar seen so many Department of Defense Dependents Schools-Pacific teams in full rebuilding mode.

Transfers and graduations have hit DODDS-Pacific programs especially hard this year, suggesting it&#8217;s possible Tokyo-area international and Guam public and private schools might seize the top eight spots in the Class AA tournament and the top three in the Class A tourney in November.

&#8220;God, I hope that doesn&#8217;t happen,&#8221; said Hilgar, who faces a season without his top hitter and setters, all having graduated. He enters the season with just four returnees, including one proven hitting threat in junior Avianca Manning.

Likewise, Okinawa&#8217;s Kubasaki Dragons will take the court minus vaunted spiker Alex Fernandez, who graduated. Even the coach, Chris Kelly, is new.

The numbers don&#8217;t lie: Since the tournament began in 1976, two DODDS-Pacific programs have won Class AA titles, four by Zama and one by Wagner of the Philippines. Taegu and Osan American of Korea have won one Class A title each since that tournament&#8217;s inception in 1998.

DODDS schools also have a significant disadvantage: no middle-school programs.

&#8220;International schools &#8230; start with the basics early &#8230; their games are advanced,&#8221; said coach Shane Hernandez of Nile C. Kinnick in Japan. &#8220;For some of our girls, this is the first time to play organized high-school volleyball. We spend the first three weeks just getting used to playing with each other.&#8221;

Hilgar said: &#8220;You rarely get all your kids on the same sheet of music because of different agendas. You have to rework your team&#8217;s focus every year, with the transient population.&#8221;

Hernandez&#8217;s new assistant, Al Garrido, coached for more than 10 years on Guam and holds one Class A and one Class AA title.

Perhaps the one school returning enough veterans at all positions might be the Zama American Trojans of Japan. It&#8217;s enough talent, said coach Dennis Decker, that his squad could make a run at the Class AA top eight.