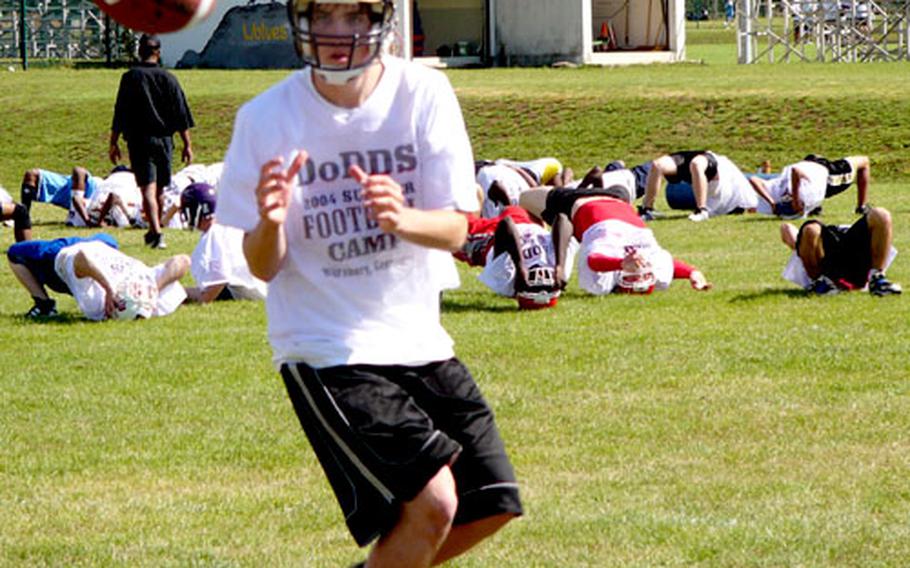 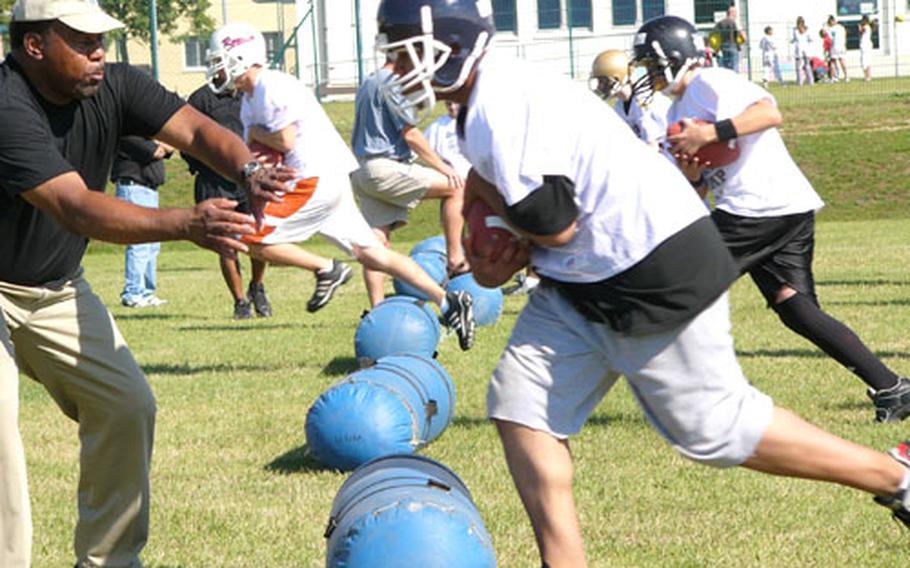 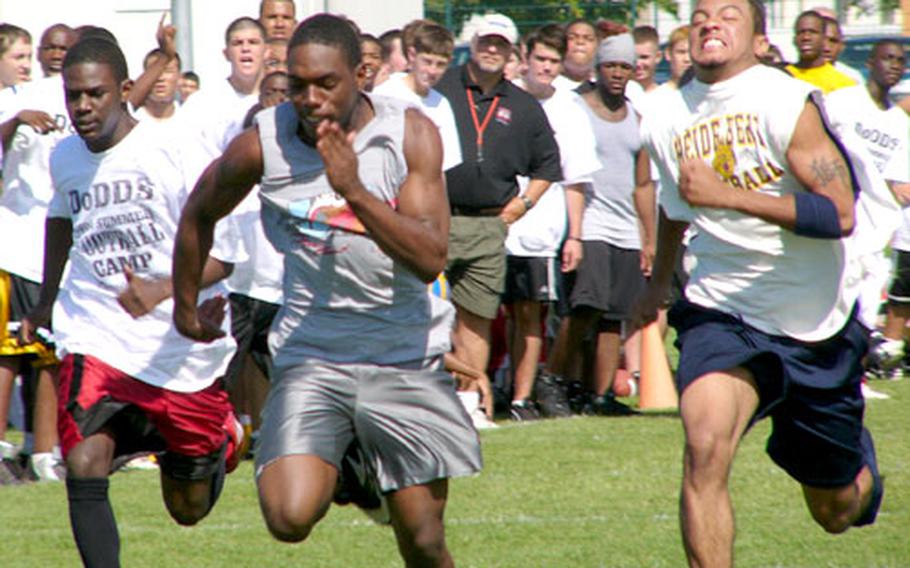 The players come from as far away as England and receive instruction in all phases of the game.

Kicking and punting is being addressed for the first time this year. George and Mead induced kicking coach Rex Robinson to come from Alabama to teach DODDS-Europe&#8217;s punters and place kickers.

Forty volunteer instructors run the sessions, George said. Most of them are DODDS coaches or assistants. The instructors conduct three sessions daily, the last of which ends at 9 p.m. They end each night with a coaches&#8217; meeting.

For the past six years, the camp was hosted by Bitburg, but with the retirement of Barons&#8217; coach Rik Carr this summer, Mead and George stepped into the host role.

Location, doesn&#8217;t seem to matter. Campers were anxious to put on pads and start another season.

The hiatus didn&#8217;t seem to hurt. Anderson, who said he would have been a second-team linebacker at Neville High School in Leesville, La., won the linemen&#8217;s 40-yard dash in 4.7 seconds on Wednesday.

The sprint was the first of several competitions to break up the instructional tone of the camp. James Esters of Ansbach won the backs&#8217; and receivers&#8217; 40-yard dash in 4.55.

Both women said they&#8217;ve been able to deal fairly easily with anything that&#8217;s happened.