DODDS-Europe combine a way for players to get noticed 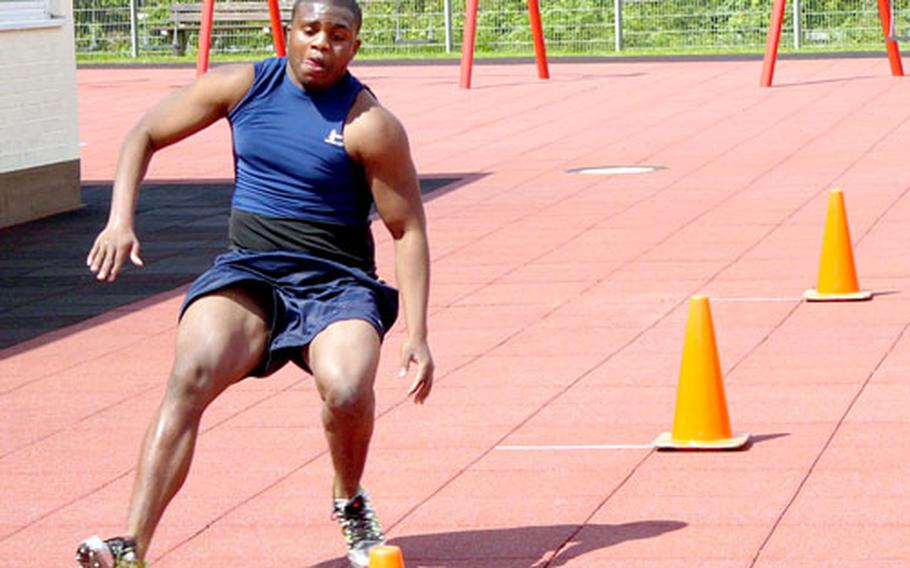 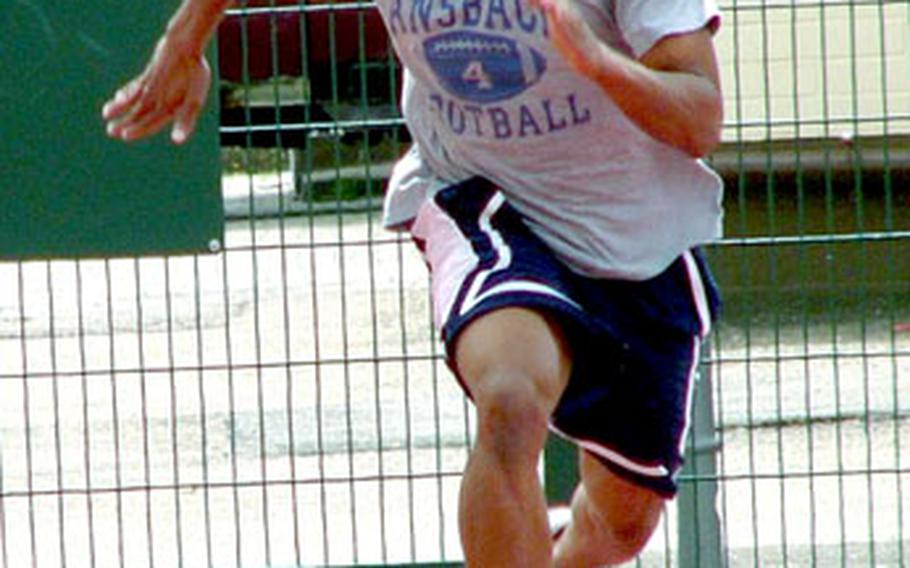 HEIDELBERG, Germany &#8212; Thirty-three high-schoolers who hope to play college football took what could be the first step Saturday at the first DODDS-Europe Sports Combine.

The combine allowed the athletes to establish official times and distances in events that college coaches use to evaluate prospects &#8212; 40-yard dash, 20-yard shuttle run, three-cone drill, bench press repetitions at 155 or 185 pounds, and standing broad and vertical jumps.

In addition, each participant&#8217;s height, weight, body-fat percentage and flexibility mark, along with an individual photograph, were posted on a database for college coaches to scan.

&#8220;We&#8217;re here to create some opportunities for these kids,&#8221; said Ansbach coach Marcus George, director of the combine, which was staffed by DODDS-Europe coaches and volunteer assistants. &#8220;The times they establish here will add some credibility to their resumes, and they can see exactly how they match up with stateside combines.&#8221;

The athletes understood the need to do well.

George told the participants that their numbers would help solidify their credentials with college coaches trying to decide whether to offer the player a scholarship.

Although the combine was a first for DODDS-Europe, the drills were old hat for some.

Harris clocked 4.75 in his first effort in training shoes on the course&#8217;s rubberized tiles. According to figures given to each participant, 4.75 put Harris in the 80th percentile of high school running backs nationwide.

Top time in Saturday&#8217;s 40 was a 4.53 run by Ansbach junior-to-be Dominique Whaley, the European 100-meter champion who also posted the day&#8217;s best shuttle run, 4 seconds flat. Both figures landed him in the 95th percentile of high school running backs, but Whaley saw room for improvement.

George, who&#8217;s considering conducting another combine at the annual DODDS-Europe football camp scheduled for Ansbach in August, emphasized that point.

The combine concluded with the compilation of individual portfolios for each athlete and lectures to the athletes and parents about academic requirements, rules governing contacts with colleges and information about the NCAA Clearinghouse, a body which oversees all Division I and II student-athletes.