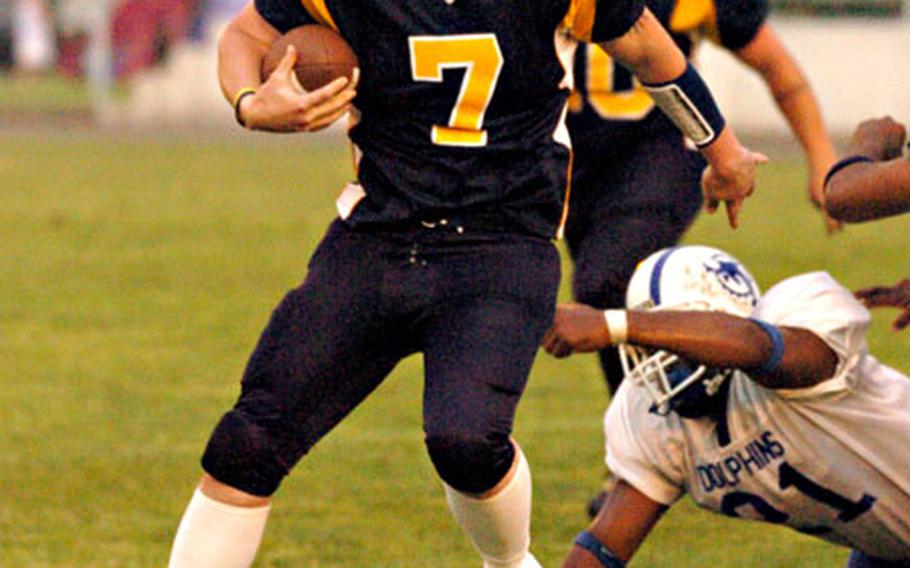 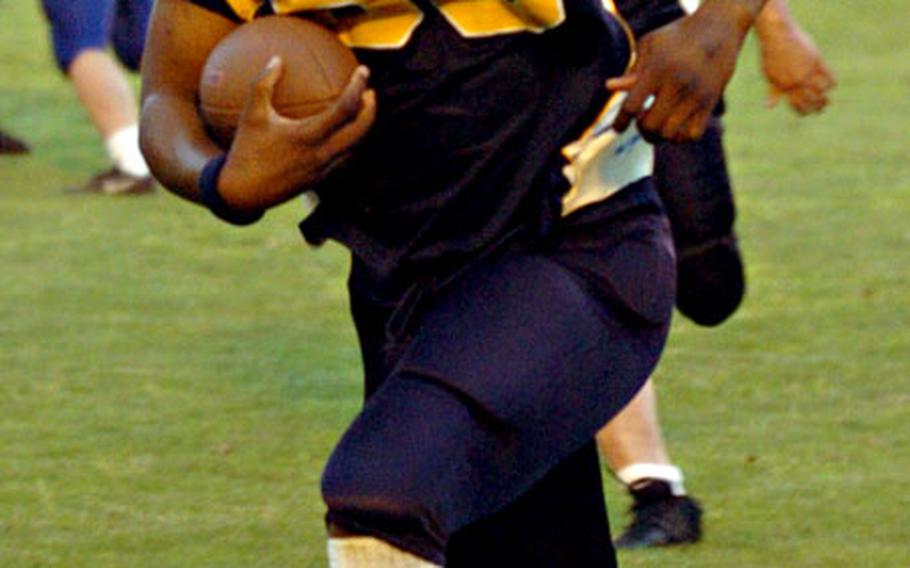 Jerrick Nunn blocked a punt to set up a touchdown, Ronald Carmichael&#8217;s recovery of a muffed punt led to a TD and John Pitts recorded two safeties for the Warriors.

Atsugi&#8217;s losing streak was extended to nine games. But 13 points are the most it has scored in that stretch.

Nunn blocked a punt deep in Atsugi territory that Deedrick Stiff recovered. Eric DeLong scored on a 2-yard run for the game&#8217;s first points. The Warriors increased their lead to 12-0 on Bruce Turner&#8217;s 8-yard pass to Patrick Mitchell.

Yokota&#8217;s defense then contributed four points on successive Atsugi possessions. Pitts, Rio Thompson and Greg Powell gang-tackled a Dolphins player in the end zone for one safety. Pitts made a solo tackle for another.

The White Dolphins broke a six-quarter scoreless drought when Adolph Jones intercepted a pass and returned it 43 yards for a third-quarter TD. Kelvin Lewis capped the scoring with a 93-yard punt return in the fourth quarter.