Day of firsts for a handful of Pacific soccer teams 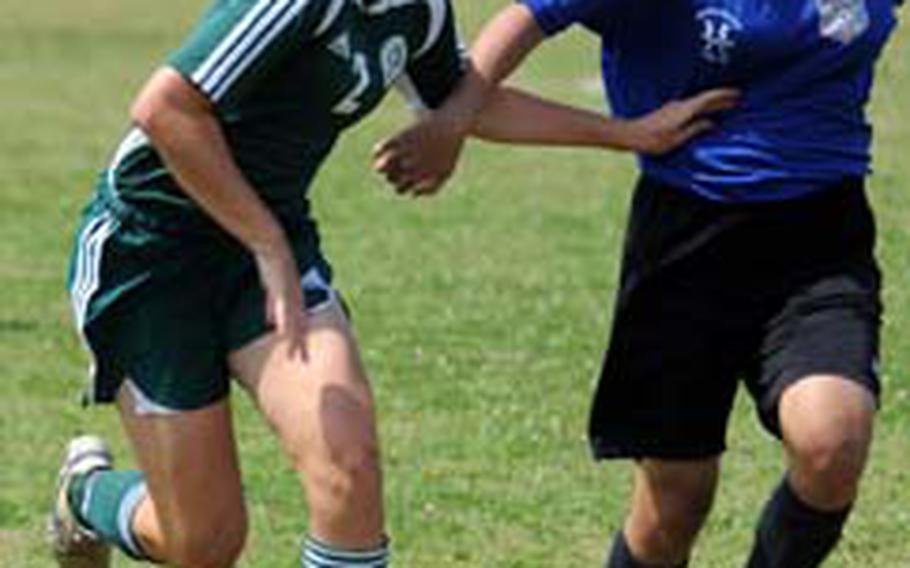 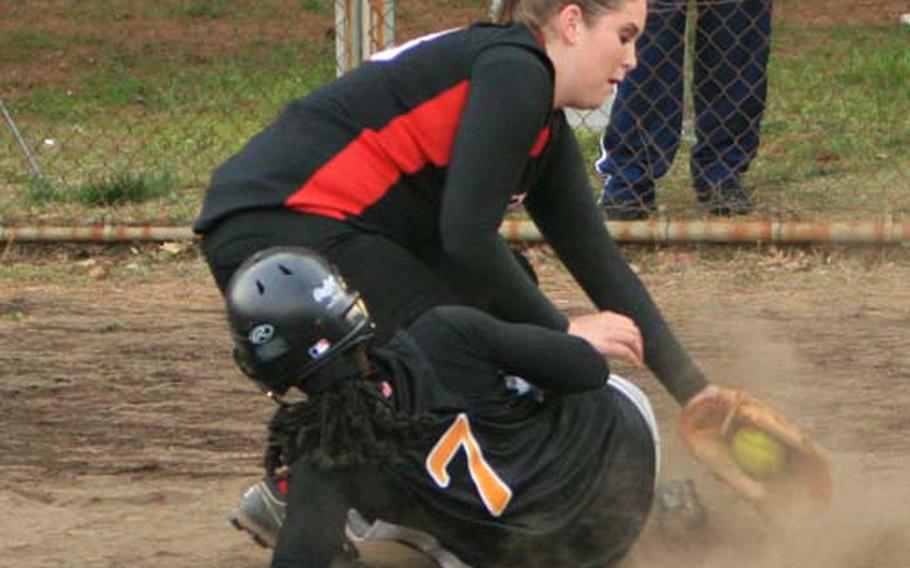 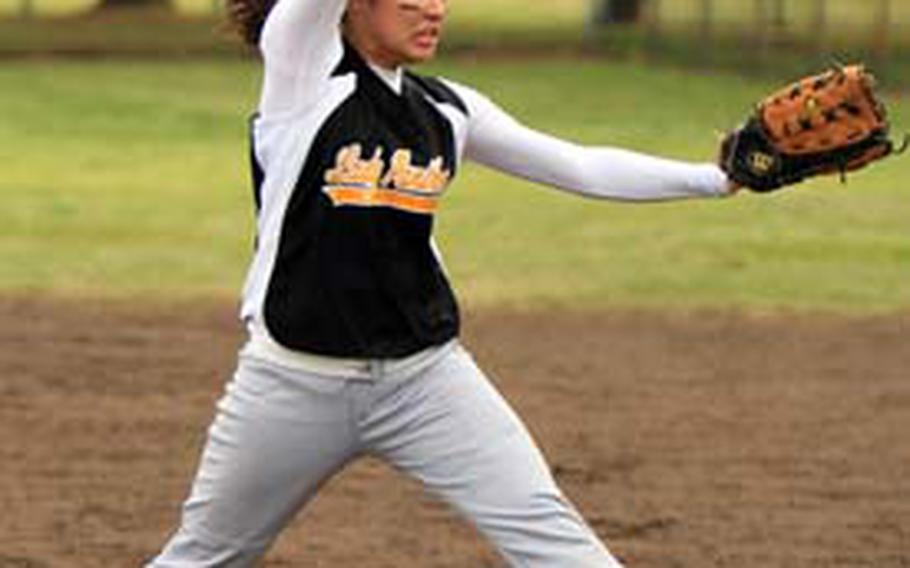 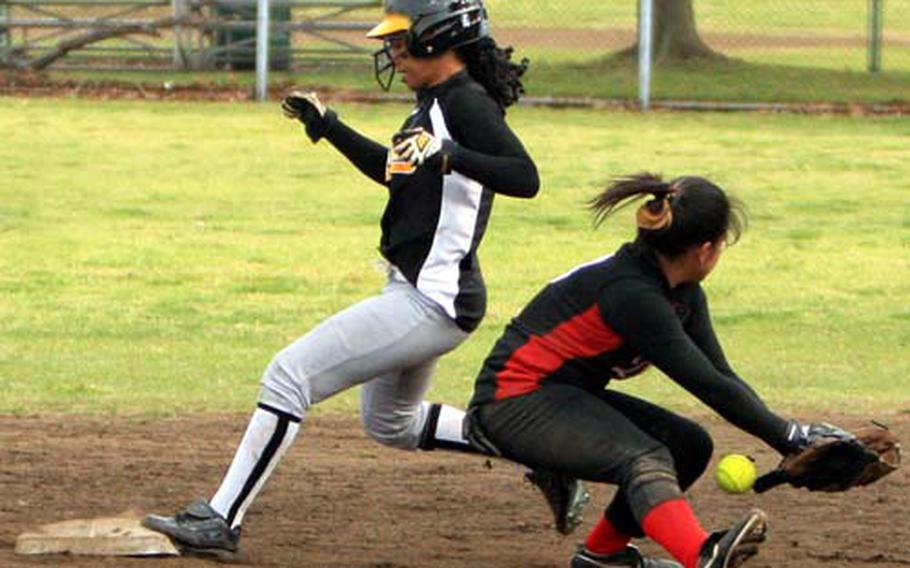 CAMP CARROLL, South Korea &#8212; They say good things come to those who wait. For Angie Robinet and Daegu American&#8217;s girls soccer team, their wait for a win over Seoul American spanned decades.

Robinet, a junior, scored two second-half goals, each assisted by Linda Martinez, and the Warriors celebrated a school-first victory over the Falcons, rallying from a 1-0 halftime deficit for a 2-1 triumph.

"Things just bounced our way. Well, at least twice," said coach Ed Thompson, who in his five years at the Warriors&#8217; helm only managed two ties with the Falcons.

In those five years, the Warriors have always seemed to open their schedule against their large-school counterparts, including the Falcons and Seoul Foreign, in March, then turn it up in April as the Far East Class A Tournament approaches.

"It&#8217;s brutal, and we&#8217;re never ready for it," Thompson said. "But after the spring break, we always seem to peak and get better. Hopefully, that trend will continue."

Falcons coach Robert Victoria said he tried to "change things up," playing goalkeeper Liz Gleaves at midfield to try to energize an offense that has generated just 14 goals; they had 104 last season.

"It&#8217;s a risky call," he said. "It worked in the first half, but they got us twice in the second." He plans to use the same lineup at this weekend&#8217;s Korean-American Interscholastic Activities Conference Tournament, where Seoul faces Daegu in the first round.

Daegu&#8217;s milestone win was one of a handful of Pacific soccer firsts.

Sweeper Yuta Fleming banked a shot off the goalpost into the net off a scramble with two minutes left to boost Perry&#8217;s boys (4-14-3) to a 5-4 stunner over DODDS-Japan leader Nile C. Kinnick, the Samurai&#8217;s school-first win over the Red Devils.

"Normally, for Perry, a shot like that would go wide or clang off the goalpost and go out. This time, it went in," coach Mark Lange said. "Nice, for a change. A happy day for Perry soccer.

Kinnick slipped into a tie for first with Zama American (9-3-1).

After losing to Kinnick 3-1 on Friday, "we adjusted our defense" from a classic sweeper-stopper to a flat four to cut off the corners where the Samurai had been beaten Friday, coach Chris Anderson said.

"That made the difference. And it was a hunger. The loss was a slap in their face. Today, they really wanted it," Anderson said.

"All 14 of our players gave it their best effort. It was a total team effort," said Costa, adding that the wait for a chance to travel off-island was worth it. "This has been a long time coming. It&#8217;s awfully fun to see new people. We had a great time playing ball."

Facing teams they&#8217;d never seen had the Panthers "anxious" prior to the tournament, All-Tournament shortstop Abbi Kinghorn said. "This was new for us," she said. "It was exciting to see other teams."

The Red Devils didn&#8217;t go home empty-handed &#8212; by virtue of their runner-up finish, they were the last DODDS-Japan team standing, thereby allowing them to retain "best in DODDS-Japan" status.

Coach Danel MacWhyte praised the play of Reyes, All-Tournament shortstop Jordan Hunt, pitcher Cheyenne Tullos and Wilson, a center fielder. "She&#8217;s Miss Consistent," MacWhyte said. "She made every play that came to her and she gets on base, she&#8217;s at the top of the order, she stirs things up, can really be a distraction."