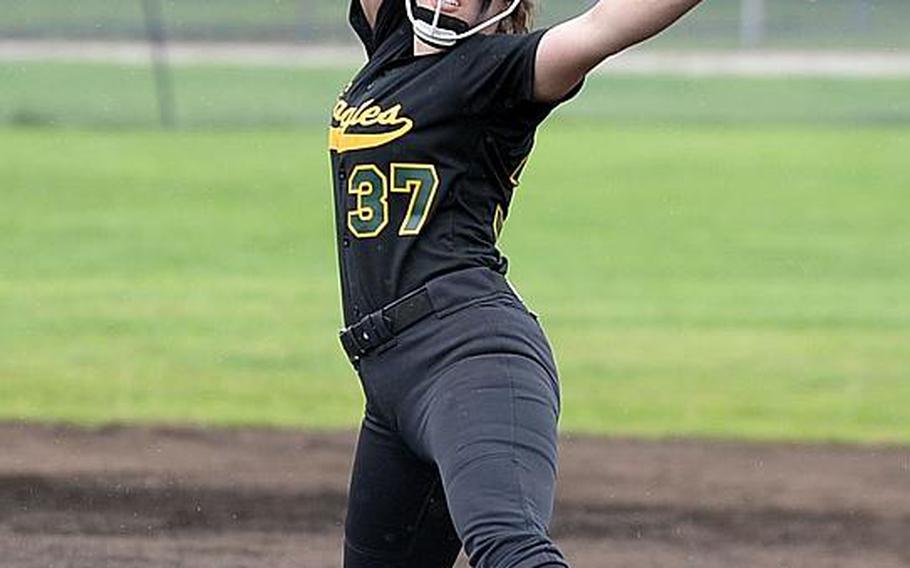 Some say that softball is all about the pitcher.

And their argument could be bolstered by this season’s Robert D. Edgren’s Eagles and staff ace Brittany Crown.

The senior right-hander was nothing short of dominant on the mound. She started 15 games, winning 13, and struck out 186 batters - an average of 12.4 per game.

And she helped herself immensely at the plate, driving in 28 runs, while being walked intentionally an average of 1.4 times per game.

“Nothing would have been possible without my teammates, the defense and offense,” Crown said. “You cannot win the game without any runs. My team was right there behind me, to pick me up and pick the whole team up. That’s why I’m so grateful and proud of them.”

Still, teammates and opposing players and coaches insist that Crown was the driving force behind Edgren’s drive for those school-first banners. Sarah Richardson, for 10 years the Eagles’ coach and twice previously a D-II finalist, summed it up nicely.

“Brittany was the energizer, the battery that wouldn’t quit,” Richardson said. “Without her, there’s no way possible we would have won those championships. Not taking anything from the other girls, but I could always count on Brittany to pull through when I needed her.”

As a result, Crown has been named Stars and Stripes’ Pacific’s softball Athlete of the Year.

They don’t get the same weekday games that Zama, Yokota, Daegu and other Kanto and Korea teams have scheduled, and because of snow, they can’t get outside to practice until late March or early April.

“We have a rainy climate here as well, and when the fields are flooded, we can’t work on them,” Crown said.

“We have to work in a tiny gym meant for basketball and volleyball. But our team was so resilient and adaptable, we were able to overcome those challenge and prove our worth” in the DODEA-Japan tournament at Zama and the Far East D-II at Naval Air Facility Atsugi.

“Everything fell into place this season,” Richardson said. “We had a long road, but we persevered and came out on top.”