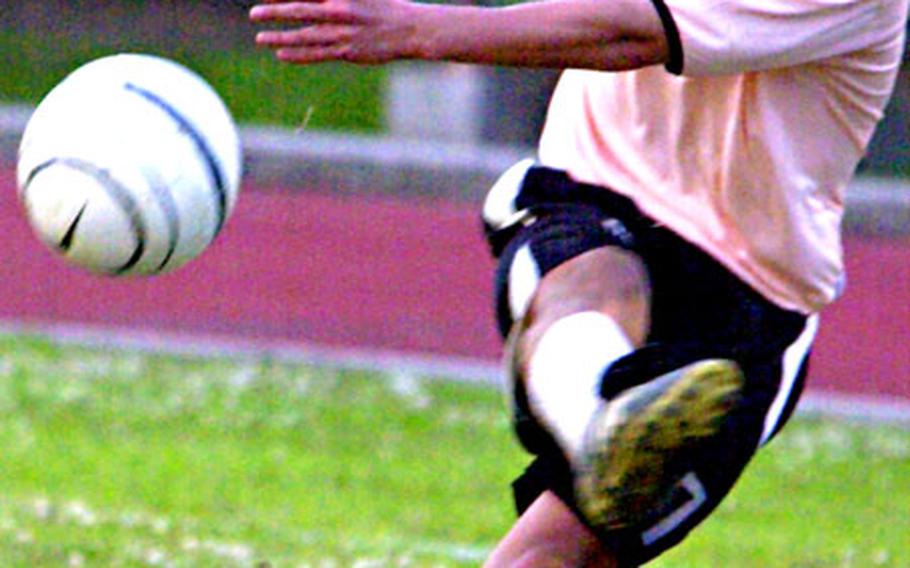 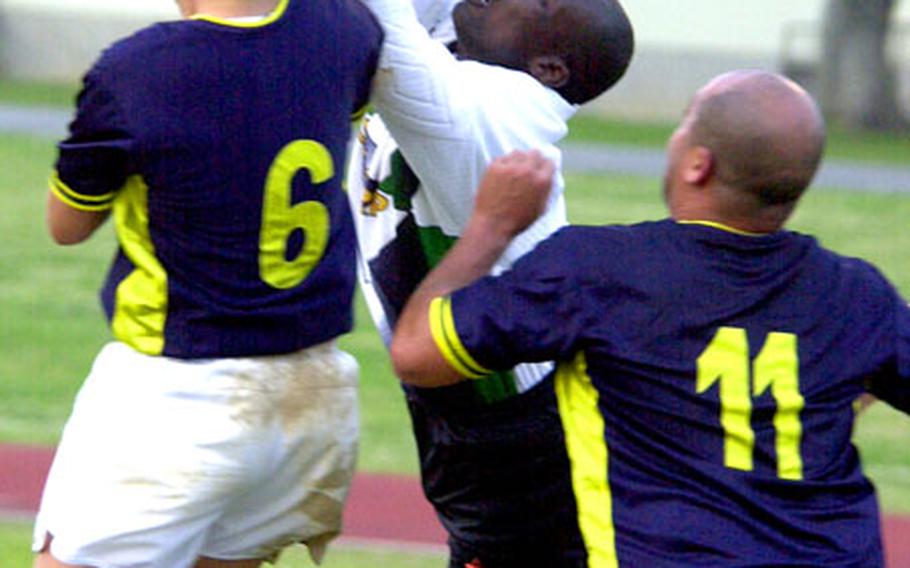 Goalkeeper Pierre Bellasse of the Kadena Falcons goes up between teammates Mary Cholko (6) and Irvin Nufio (11) to stop an Okinawa Coronas shot during Sunday&#39;s championship game in the Kadena Kup. (Dave Ornauer / S&S) 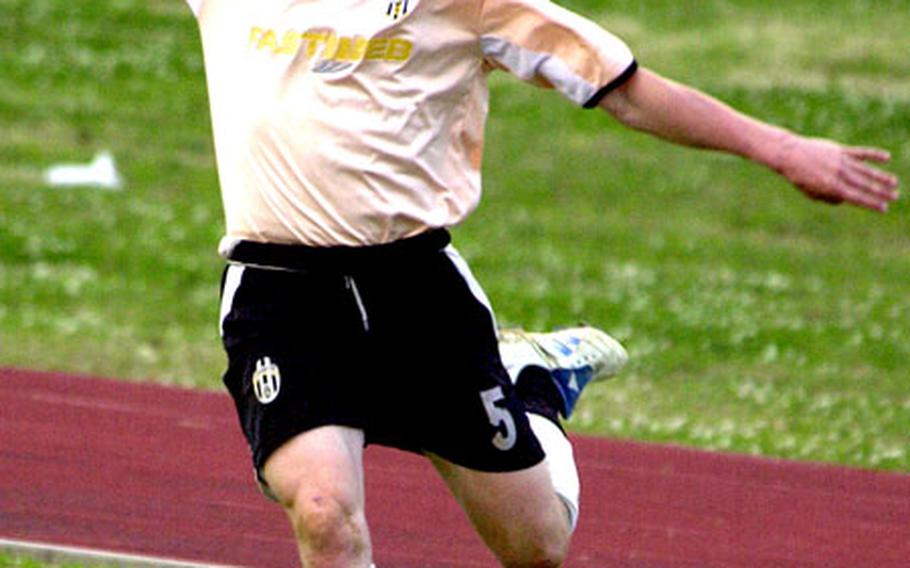 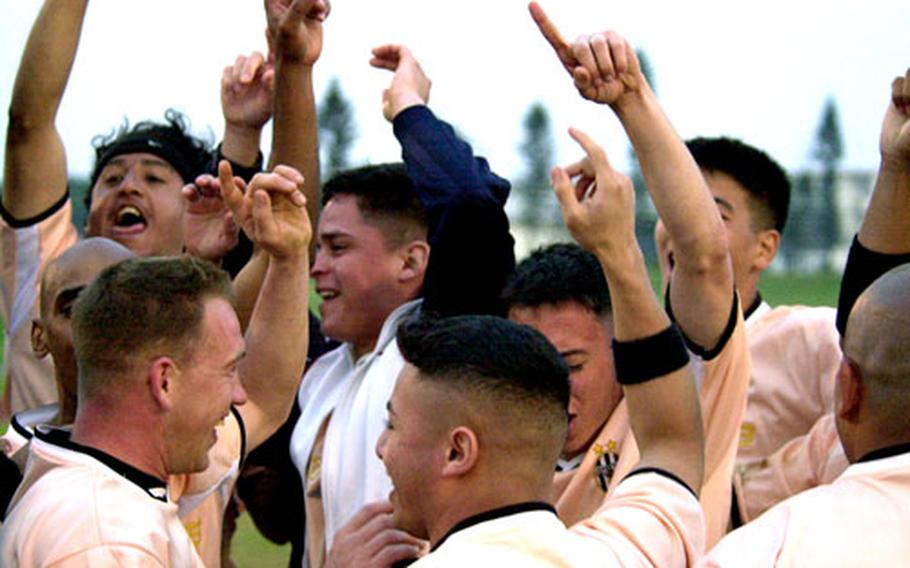 Members of the Okinawa Coronas celebrate their victory over the Kadena Falcons in the Kadena Kup championship game. (Dave Ornauer / S&S)

KADENA AIR BASE, Okinawa &#8212; The defense did its job but Mike Garcia and Jeremiah Roberts waited almost too long to do theirs.

With time ticking away, right-winger Garcia and center-forward Roberts teamed Sunday for the match&#8217;s only goal of the Kadena Kup soccer tournament final as Coronas edged the Kadena Falcons 1-0.

&#8220;It happened so fast,&#8221; Garcia said of the play that decided a defensive struggle late on a windy afternoon.

The weather was in sharp contrast to the deluge of rain showers that pelted the tournament&#8217;s first two days and forced the last of three pool-play rounds to be canceled Saturday.

The tournament&#8217;s eight teams, including off-island squads from Japan&#8217;s Iwakuni Marine Corps Air Station and Osan Air Base, South Korea, battled through Sunday&#8217;s single-elimination round until only Coronas, an Okinawa open team, and Kadena, a base team, were left standing.

After Coronas and the Falcons battled through a scoreless first 70 minutes, the game went into stoppage time with Coronas in possession.

Garcia took a feed from midfield and drove up the right side, sending a cross pass in the middle to Roberts, who hesitated only momentarily before tapping the ball into the right corner.

The victory came just 90 minutes after Coronas reached the final by eliminating the Osan Mustangs 3-1 in the semifinals. Osan led 1-0 at halftime but Coronas rallied for two late goals to break a 1-1 deadlock.